Famous Robots You Want to Fall in Love With

Humans were always fascinated with machines, here is a list of some of the famous robots who will drive you crazy.

With robots replicating humans in every aspect of life, we are left to wonder whether they will eventually replace humans. Leaving the question to the scientists and psychiatrists, here are some of the famous robots that I fell in love with. If you love geeky gadgets and robots, you will certainly like these awesome robots that are going to alter the course of history. A giant leap for the mankind, they are going to fix many of the issues that are impeding our progress in future.

When I was a kid I was fascinated by the robots from the fictions and the movies who had protagonists and human-like autobots that excelled in faculties like computing skills and powers which could only possessed by a superman.

Some of these robots are good, some are monsters, all made by human beings displaying traits resembling humans. Enjoy the list.

What Actually is The Difference Between Robots, Cyborgs, Androids and Droids?

Whether they are robots, androids, cyborgs or droids it is easy to get confused with the ever confusing terminology and the way the authors misplace the ideas in the movies. While reading through movie reviews it is easy to get the fundamentals wrong and hence it helps to a great extent to have these phrases a bit clear though.

Robot – Robot is a complete mechanical, electronic device that is heartless and has no conscience. An automated body of electronic circuits and gears, a robot does not possess any intelligence, it is designed to follow a set of instructions. This actually is changing though, in near future we may have robots that can think like human beings. If that happens in a robot, it is no longer a robot it is called Android. If you have ever heard of “Artificial Intelligence” you will understand better.

Android – With reference to the science fictions Androids are robots that appear like humans. They are programmed to think like humans. I think that’s where the android phones and applications come from, they are meant to apply their brains to correct bugs.

Cyborg – Cyborgs are more human than their counterparts, they stand for “cybernetic organism” and have both biologic parts and robotic parts.

Droid – Droid and Android are used interchangeably, droid is the short form of android. It is a Lucas film-licensed term which is being used as a synonym for everything Android, for e.g. android phones and accessories.

We love Bumblebee due to his humbleness, he is not the greatest and strongest and yet he is the most desirable friend of a kid. He has a special place in my heart among all the autobots, he will go to any length to repay the debt and value thee friendship. Bumblebee is the small yellow autobot who can change into a compact car on his will. The vehicle he changes into is Chevrolet Camaro.

Robots are super cool especially when they can transform into vehicle. Robots that can change into giant truck and lead the fleet of autobots, we are clearly talking about the awesome Optimus Prime who dies halfway through the story but comes back to life before the end of the movie. “Transformers” was a huge success and it was the beginning of a cool toy line inspired by the characters which were actually robots.

Who can forget the Star Wars featuring R2-D2 and C-3PO, the wonder robots who pair to provide the missing links in every corner. They are just like the quintessential pair of Laurel and Hardy of old times.  The Star Wars series is filled with robots and other forms of automated machines, however; the robot pair that we fall in love is the non-living form autobots. These loving bots are queer and unique, they have such an understanding of each other that they outstand from the other autobots. The unforgettable pair may not be the main characters but they have the crucial links.

Which is your favourite robot / cyborg / android?

The genius plot and the movie theme by James Cameron are simply unbeatable. With Arnold Schwarzenegger playing the role of the Terminator, a ruthless killing machine that will stop for nothing to achieve its goal, the fast action filled story with the special effect of robotics is overwhelming.

The cute romantic robot that gave a super-duper hit movie of 2008 might be just computer generated graphics but he is being brought to life by his ever loving fans. His undying love for a fellow robot named Eve just explains that robots have hearts like humans too.

WriterArtist, Robots et al. certainly have found their place in movies! Robby the Robot was an intriguing introduction for me. R2-D2 is such an unforgettable little charmer.
My favorite robot, though, is Gort from the original "The Day the Earth Stood Still."

I go for Vincent in The Black Hole. Almost R2-D2 but cuter. That said, Kenny Baker is one of my favorite actors as the original R2-D2 so I may be slightly biased...

The gadgets essential for senior mentioned in this article are a way to safe ... 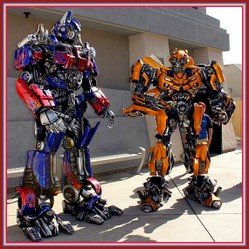 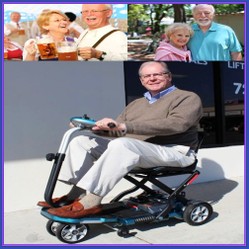 The gadgets essential for senior mentioned in this article are a way to safe living. Some of them might cost a couple of dollars more but they can transform their life completely.
68%  7   7 WriterArtist
Fun Bedrooms for Kids