Shoes have been a fascination with people throughout history, be it as a fashion fad, in myths and there have been quotes by some famous people!

Humans fascination with shoe styles goes back centuries, in fact drawings from a Spanish Cave that date back 15,000 years show humans with animal skins wrapped around their feet. Interestingly, humans still have a strong desire to wear skin on their feet! The most popular shoes for men and women are made of leather! Wearing shoes made of crocodile skin or snake skin is considered good taste and is a luxury! With the materials and colors available today, shoemakers are only limited by their imaginations!

Paul Simon sings about "Diamonds on the Soles of her Shoes"

There are many songs about shoes.....apart from Diamonds on the Soles of her Shoes by Paul Simon there is also.....

Who Wears these Shoes by Elton John

So you have all come across at least one shoe superstition in their lives. But why did these "old wives tales" come about?

For instance everyone knows that it is considered good luck to hang a horseshoe over the front door, but why? Well in ancient Greece, horses were considered sacred animals, so hanging their shoes (with U up) was considered to bring good luck!

Tying shoes to the back of a newlywed couples car evolved from a Tudor custom, where guests threw shoes at the newlywed couple and if it hit them or their carriage it was considered lucky! Lucky to get bruised on your wedding day? Hmm not too sure about that!

But shoes also bring bad luck.....placing shoes on top of the table is symbolic of death - why? Because from the days of Hanging as a form of punishment, convicted prisoners were hanged with their shoes on and when letting loose of the noose, their shoes would tap on the surface.

Shoes of the World

Named Kabkab because of the sound they make on a marble floor, these were once the shoe of choice for wealthy women of the Middle East. Used to protect themselves from the dirt and hot sand and were often inlaid with mother of pearl.

Shoes of the Worlds

The Japanese Okobo, traditionally worn by the Japanese Maiko (Apprentice Geisha) was a predecessor to the more modern platform shoe. They wore these shoes as they protected their expensive Kimonos from the muddy streets.

Shoes of the World

These are the oldest shoes found in India and still used today! Usually made of wood, silver or iron and elaborately decorated. The more intricately the design the higher the status of the person wearing them.

Interestingly, it is also the royal symbol in Malaysia!

Around the 1700s men in high heels was the fashion! King Louis XIV actually had a thing for high heels with red soles and heels! It is believed that he has declared that only royalty could wear shoes with red heels, and that no one could wear heels higher than the king.

"I don't know who invented high heels, but all women owe him a lot" - Marilyn Monroe

"Between saying and doing, many a pair of shoes is worn out" - Iris Murdoch 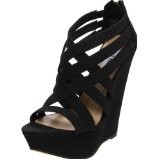 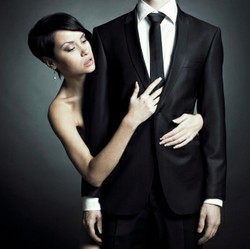