Unlikely victors in sporting contests is not a new theme for the movies, nor is a sports team winning against all the odds, but few films have treated this in anything like the way that is done in the 2005 movie Eleven Men Out. Set in Iceland, it tells the story of the rise of an all-gay football team.

Everybody loves an underdog. The 2005 film Eleven Men Out though has a nice twist to the underdog story. Ottar Thor (played by Björn Hlynur Haraldsson) is the star striker for the Icelandic league champions. He is married to a former Miss Iceland and enjoys the superstar status. Not surprisingly, a glossy magazine is doing a picture feature on his lifestyle, which culminates in a photo shoot and interview in the dressing room after a match.

Ottar uses the occasion to shock his team mates and give the journalist the story of her life by announcing that he is gay. The board reacts with out-and-out prejudice by suspending him.

Ottar decides it is thus time for his football career to take a new twist, and he joins an amateur side that is already known to have some gays among the squad. He even ends up having a relationship with one of them.

The publicity leads to gays from other teams also joining. The few remaining straights are unhappy about the damage this is doing to their reputation and so leave – the outcome is an all-gay team.

From here on, the film follows two routes. One is Ottar dealing with his angry parents and brother while trying to placate his teenage son who is both embarrassed and being teased at school. His wife’s reaction to the news is a worsening of her alcoholism.

The other thread concerns the performance of the team, which – helped by a couple of sides refusing to play them and the influx of good players – is progressing nicely up the league and doing well in the cup.

Sadly, the director Robert Douglas lets himself down at one point by showing a blatant lack of knowledge of football. We see the draw for the cup in which Ottar’s team – now called Pride United – is drawn out first against a fishermen’s team from the other side of the island. Yet, without explanation, it is Pride United that has to travel by coach to play them away. When the other team decide to stay out in their boats rather than play the match, the Pride United manager announces he is claiming all three points – for a cup tie!

That aside, the film is extremely enjoyable and very funny, despite its heavy subject matter. There is real humour in the dialogue and a down-to-earthness about the whole film that warms the audience to it. This will not be everyone’s cup of tea and there is a lot of male full-frontal nudity.

The climax, of course, is a match against Ottar’s old team, the league champions, which falls on the day of Iceland’s Gay Pride march resulting in a sell-out crowd, some dressed outlandishly.

The result? You have to wait for the closing credits to find that out.

SteveRogerson, Thank you for product lines, pretty pictures and practical information.
This is all fiction, correct? If so, is there a particular reason for the Icelandic context?

A look back at the 2005 film Goal! about a poor boy's rise to football stardom

But I’m a Cheerleader: Gay and Lesbian Movie Classic

Steve Rogerson looks at the fun and controversy surrounding the 1999 film But... 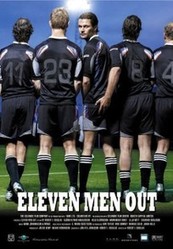 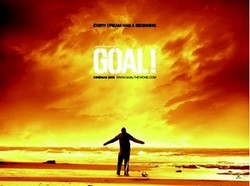 But I’m a Cheerleader: Gay and Lesbian Movie Classic

Steve Rogerson looks at the fun and controversy surrounding the 1999 film But I'm a Cheerleader
Loading ...
Error!