Thoughts from the season 1 episode that first aired February 12, 2015.

Synopsis: Host Josh Gates travels to the United Kingdom and Norway in an effort to learn more about the mythical Viking Sunstone so he can make an effort to determine whether or not the Vikings could have really used it to guide their ships hundreds of years before the magnetic compass was invented. His journey takes him deep into an ancient mine and to a Norwegian village that still lives the same way their Viking ancestors did.

1. The part of this episode that really stood out for me personally was the scientific way Gates tested the Viking Sunstone theory. This is very similar to what he used to do on his now-cancelled show Destination Truth and his results this time were absolutely fantastic. I never imagined something as simple as a stone with a couple lines and an arrow could be as accurate as it was.

2. That Calcite mine was pretty interesting, mostly because, unlike some of the other mines he has visited on this show; it wasn’t as easy as just walking down a mineshaft. Instead, he had to travel on a pretty old (and dangerous looking) elevator plus repel down even deeper into what had to be a very dark cavern by that point. It was one of those moments that are entertaining to watch but, at the same time, reminded me you couldn’t pay me enough to do this show.

3. I was a little disappointed by his underwater adventure. While it was somewhat cool to see the remains of a sunken British ship, this part of his adventure was cut way too short by their strict time limit and, ultimately, we really didn’t get to see all that much as a result.

4. The Viking village he visited was fantastic. That is the type of place I honestly wouldn’t have minded going to myself, though some of the people there were a little intimidating (I’m guessing they were all good-natured people though). The fact they had a fully-functional Viking ship was the best part. I’m not really much of a boat person, but I wouldn’t have hesitated to take a ride on that.

5. I also thought the catacombs beneath that Norwegian church were well worth taking the time to explore. I can understand why the church has decided not to disturb any of the hundreds of bodies that are buried there but it would be great if, someday, someone actually did do a DNA study to determine if the famed King/Saint Olaf is buried there and see if any of the others can be connected to still-living descendants.

Final Opinion: This was a great episode that reminded me a lot of Gates’ Destination Truth show. I learned a lot more about the Vikings than I actually knew before, including more about the surprisingly scientific technology that helped them master the seas.

StevenHelmer, Thank you for practical information, pretty pictures and product lines.
The library system here does not have the Expedition Unknown episode about the Viking Sunstone. So I don't expect to be watching this riveting episode in the most immediate future. It's disappointing since many things Viking interest and intrigue me.

Do the villagers use the calcite mine to make their own sunstones? If they have ample supplies, that seems like such a money-maker that would be popular and practical for tourists.

Thoughts from the television episode that first aired February 11, 2015. 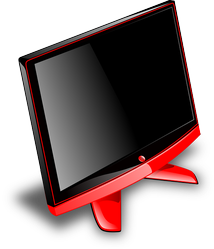