Thoughts from the season 6 television episode that first aired March 1, 2016.

Synopsis: Aria (Lucy Hale) is brought in for a lineup after a witness comes forward placing a woman at the diner at the same time Charlotte (Vanessa Ray) was called. Hanna's (Ashley Benson) bridal shower is sabotaged and Aria is sent to the hospital as a result while Caleb (Tyler Blackburn) and Spencer (Troian Bellisario) deal with the backlash caused by the Yvonne (Kara Royster) leak.

I'm Not Convinced Sara Harvey Was the Witness

Yes, Aria did see someone coming out of the police station that looked like Sara (Dre Davis). But, I think the whole "looked like" thing needs to be stressed.

There are a couple reasons why I have my doubts. First, she was looking through the bushes and we never see enough of the witness to confirm it was Sara. And, I think that was intentional.

The other reason I have serious doubts was Tanner's (Roma Maffia) decision to bring Aria in for a lineup. If Sara is the witness, it would be kind of pointless to have her pick Aria out of a lineup considering she obviously knows who Aria is and Tanner knows her history with the PLLs. Unless Tanner has something else up her sleeve, such as faking a lineup in an effort to get Aria to crack and confess, I think there is another witness.

Should We Really Be Surprised Mona Was the Caller?

The second Aria read the caller was a pretty brunette, Mona (Janel Parrish) immediately came to mind. I'm pretty much certain she's not Charlotte's killer or the new "A." But, I also figured she had some sort of secondary involvement and it'll be interesting to hear her reasons for calling Charlotte the night of her death and choosing not to go to the police.

We Sure Don't Know a Whole Lot About Hanna's Fiance

This episode pretty much went out of its way to drive that point home, both with her argument with her mom (Laura Leighton) and during that "how well do you know Hanna's fiance" quiz during her bridal shower.

The obvious reason for this is to show she made a mistake breaking up with Caleb. But, it also drives home the fact we really don't know anything about Jordan (David Coussins), which is one of the big reasons why he remains on my suspect list.

In fact, when Spencer told Toby (Keegan Allen) about the new "A," he acted pretty much the same way I do when one of my kids tells me something they learned in school and I pretend she is telling me something I didn't already know.

You would think this information would be something he, as a police officer, would be jumping all over. Instead, he almost seemed uninterested. Either he knows more than he's letting on (welcome back to the suspect list, Toby) or there's a reason why he hasn't been promoted to detective.

Since We're Talking About Toby, Has Anyone Considered His Girlfriend is Responsible for the Leak

We know Caleb and Spencer didn't leak the information about Yvonne's aborted pregnancy. And, I am leaning toward believing Mona when she says she didn't do it. But, I'm also not convinced "A" is behind the leak either.

Like many of the newly-introduced characters, we don't know much about Yvonne. But, I do know she's a politicians daughter. And, as I suggested a couple weeks ago, when it seemed like Veronica (Lesley Fera) would be on the receiving end of a leak, revealing sensitive information about a political opponent carries the threat of a backlash. Perhaps Yvonne realized this and leaked the information herself as a way of hurting the opposition.

In fact, we could even take this a step further. Perhaps Charlotte was up to her old tricks, had information about Yvonne or her family and Yvonne committed murder to prevent the information from being revealed.

She could have also potentially been the one blackmailing Melissa (Torrey DeVitto) and killed Charlotte using a piece from the suitcase Melissa used to deliver the money. Sure, she's a long shot. But, she's also definitely worth keeping an eye on.

I'm going to give her new boyfriend, Liam (Roberto Aguire) the benefit of the doubt when he says his cell battery was dead and he didn't know she was injured. But, am I the only one who thinks it's odd Ezra (Ian Harding) was the only one who was at the hospital with her? You mean to tell me the other PLLs were too busy to stop by to check on her? Maybe it's just me, but I think I would be questioning my friendship with them.

Here's an interesting thought, however. What if Ezra wasn't told Aria was in the hospital and, instead, knew she was there because he's the one who set up the bridal shower trap? The man is going through some serious issues right now and I'm certain his sudden decision to have Aria help him with his book isn't just about having a female voice. If he's obsessed with her enough, it's not hard to imagine a scenario where he harms her in order to be there for her when she needs someone.

This episode proved to be somewhat interesting, mostly because of the surprise at Hanna's bridal shower and the ever-growing mystery. With a couple new people to keep an eye on, I'll be looking forward to next week.

Final Thoughts From the Pretty Little Liars Episode "Where Som...

Thoughts from the season 6 television episode that first aired February 17, 2... 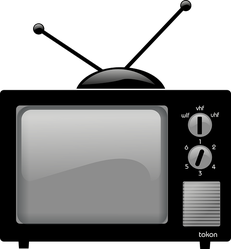