Thoughts from the season 6 television episode that first aired June 16, 2015.

Synopsis: Spencer (Troian Bellisario) questions Jason (Drew Van Acker) about the mysterious Charles and Alison (Sasha Pieterse) leads a search party through her house looking for evidence of his existence. The girls also realize they are all still in danger after Andrew (Brandon W. Jones) is cleared of all charges and they receive an anonymous video text.

1. I have to wonder if the Rosewood Police Department has enough money to cover all the wrongful arrest lawsuits it must be facing by this point. I kind of figured Andrew wasn't the mysterious Charles (too obvious). Unless, of course, this is all part of an elaborate scheme to get arrested just so he can clear his name and continue tormenting the PLLs (which, obviously, wouldn't explain how he was able to text them from jail).

2. I do, however, think the fact Aria (Lucy Hale) discovered he was adopted will come into play at some point in a later episode. I have no theories about what that means. It just seems like an important clue of some sort.

3. I'm not sure why, but I still find it really hard to trust Sara Harvey (Dre Davis). There is just something suspicious about her and, at times, she seems to be manipulating Emily (Shay Mitchell). It wouldn't surprise me if she is working with Charles.

4. We're three episodes into the new season and I realized there are still some things that aren't fully clear about this mysterious Charles. For example, I'm still a little confused about why, exactly, he's obsessed with Alison's friends. I could understand his obsession with her because, at least from the evidence, she is related to him in some way. But, I have yet to see anything that connects the PLLs to him, other than maybe he's jealous of the fact they are her friends.

5. Also yet to be explained is how, exactly, the deceased Bethany fits into all of this. We know Jessica DiLaurentis (Andrea Parker) took a special interest in the girl before she was killed. But, we don't know why, though my personal theory is she knew about Charles and, in order to protect her daughter, began spending time with Bethany in the hopes he would mistake her for Alison.

6. Speaking of Jessica, I'm also assuming Charles is the one responsible for her death, though I kind of suspect her husband (Jim Abele) might have been the one to murder her (for yet-unknown reasons). If so, it'll be interesting to see what she did to deserve that.

7. I have to give Hanna (Ashley Benson) some credit for taking the initiative and getting the girls to talk about their experiences in Charles' Dollhouse so they aren't trying to avoid each other. I think she might be slowly turning into the leader of the group, something that could be needed if Spencer gets hooked on pills again.

8. Of course, as leader, she would be the one to blame for the girls still refusing to tell the police about Charles. Sure, the Rosewood Police Department hasn't exactly earned anybody's trust. But, I have to believe even they could catch Charles if someone would just clue them in on who they are supposed to be searching for. At very least, it would prevent more innocent people from being arrested, at least in theory.

I kind of suspected the PLLs weren't quite safe from Charles just yet and, the confirmation Andrew is innocent and there's still someone out there looking to harm them does change the game a bit for them as they try to heal from their experience in the Dollhouse while still looking over their shoulders.

Even though the episode still doesn't answer a whole lot of questions, I still enjoyed it.

A review of the 1995 action movie starring Bruce Willis and Samuel L. Jackson. 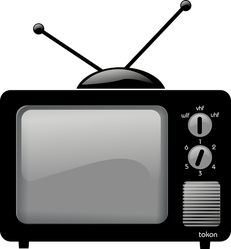 A review of the season 4 television episode that first aired in February 1976.
20%  0   3 StevenHelmer
Action and Adventure Movies