To be a Roman in the first century C.E. meant eating and eating well. As the empire grew, simple daily fare and even the times meals were eaten changed considerably.

In the first century, yeast was introduced which changed a daily breakfast meal from one of gruel to a daily ration of bread. The importation of black pepper changed the primary spice mix from locally grown spices (coriander, allspice, and nutmeg) to imports from India; an unconquered land. Roman's never had sugar, refined or otherwise, and relied instead on reduced grape juice (must) or honey. Because cow was considered a draft animal, they also did not drink cows milk or make butter, relying instead on vegetable oils, particularly olive oil.

What drove changes in eating habits were the ever expanding borders of the new empire, new found wealth, and access to more ingredients.

Romans were not just architecturally savvy they had cooking skills equivalent to today's chefs. Granted, their ingredients list was considerably different; they didn't have access to black pepper until the middle of the first century, but salt was abundant as were olives, wheat and grapes. All four were essential to roman cooking even though black pepper came later.

It should come as no surprise then that olive oil, and the product of grapes and wheat, in the form of various stages of wine and various forms of bread, were both abundant and cheap.

Salt was even a subsidized commodity making that mineral both plentiful and inexpensive no matter what the actual cost produce or import.

The meat menu was light, but included many of the items we consider essential today.

Beef
Beef was not a common item or, in the rare case, considered a specialty. Because cow was primarily used for transportation or as a draft animal, Roman beef would have been tough and stringy requiring long cooking times for a palatable meal. Instead, first century Romans ate pork, fish, and foul.

Pork
Was very popular, readily available, and was the most frequent meat item in the Roman menu. In fact, a cookbook attributed to Apicius (ah-pi-CEE-us), features fifty pork dishes along with recipes for at least ten types of pork sausage.

Fish
Were not popular in the early Republican era, but later, during the build up of empire, fish figured prominently. It was even a prime ingredient in a spice or condiment called garum.

Rodents
Romans liked rabbit, hare, and even a small mouse-like creature called the dormouse. They even bred a particular type of dormouse strictly for consumption.

Vegetables were those grown locally and attuned to the Mediterranean environment.

Romans also created their own flavor enhancers. These included:

Garum can be produced today. I have to admit is sounds perfectly horrible, but considering the action of salt and the amount used in preparation it is likely a very safe food additive. It was a time consuming process to make it, though not that labor intensive. Garum was so valuable that it was more expensive than imported black pepper in first century Rome.

To make garum, Romans used large clay vessels designed for this purpose. They were typically situated well outside of town or city limits due to the smell of production.

I have to assume that "two fingers" means the width of a finger or about three inches total for two fingers.

This conglomeration was allowed to sit, covered, for a week and then it was stirred or macerated together. This mass of fish and salt was then allowed to "ferment" for from one to three months depending on weather conditions. The salt would prevent any type of bacterial decay; an enzyme in the gut of the fish would cause decomposition instead.

The result was a fine amber colored fluid that was skimmed off of the top, bottled in amphora, and shipped all over the roman world.

Chemical analysis of modern version of this "fish-sauce" reveal that it contains high concentrations of mono and di-sodium glutamates.

The left over decomposed fish flesh did not go to waste. It was sold to the less affluent as "allec" paste and was likely much more nutritious than the garum alone.

Defrutum (carenum, and sapa)
Defutum is simply boiled grape must. Must is the juice and pulp from freshly squeezed grapes.

Once again no particular type of grape is mentioned in recipes, I will assume it was whatever was in season.

Defrutum then is a cooked down reduction of grape must.

Defrutum, by definition, is grape must that has been cooked down to half its original volume.

Carenum is cooked down to two-thirds its original volume and sapa one third.

Oenogarum was combination of garum and defrutum though no one is sure what the ratios were.

Boiled Asparagus
This is very interesting because it is a technique I have never actually seen used. Still, the description makes a lot of sense even if the details are sadly lacking. The translator notes that this seems typical of the consummate cook, wherein they can describe tidbits of information that hint at superior technique, but neglect to give key details that a new cook would find essential.

"Asparagus: in order to have it most agreeable to the palate must be peeled, washed and dried and immersed in boiling water backwards."

This is the extent of the recipe as written. Though I prepare asparagus by breaking the thicker part of the stem off where it cannot withstand a bend, this recipe advises peeling them instead. Backward most certainly must mean the thicker part of the stem is immersed in boiling water with the head sticking out of the water. The drying seems odd, but elsewhere in the cookbook the author insists that cold water clinging to the vegetable will inhibit proper cooking.

No amount of time is given for the cooking so I suggest gently squeezing the head from time to time to check for doneness. Interestingly having the wider part of the stalk immersed in boiling water with the head out in the rising steam means the tougher part of the plant is cooked at about the same rate as the head. This actually works as long as the level of the boiling water is adjusted to the size of the asparagus. None of this detail is in the recipe.

Tuna Fillet Vinaigrette
Before braising your tuna steaks do the following.

Place all of the above in a jar and shake well.

Do not overcook. The fillets should be pink inside.

Nut Pudding
This is an interesting dish, likely a dessert from the ingredients. Notice that garum is used in deserts too.

Roast the nuts until they are golden brown. Be careful; pine-nuts roast fast. Reduce oven temperature to 400° F (200° C). Blend the honey and wine in a pan and bring to a boil. Cook until all the wine has boiled off. Allow to cool.

In a separate bowl combine the eggs, milk, garum, and pepper. Add most of the honey mixture (reserving some as sauce) and the nut mixture and combine.

Prepare an oven safe dish by coating with oil. Pour in the mixture and cover with foil. Bake for twenty-five (25m) minutes or until the pudding is firm. Allow to cool on the counter or trivet.

Serve on a small plate with the honey mixture poured over the top for garnish.

The author was not compensated in any way, either monetarily, with discounts, or freebies by any of the companies mentioned.

The author does stand to make a small profit from advertising attached to this article, however, the author has no control over either the advertisers nor the contents of those ads.

Nothing is quite so satisfying as making your own apple chutney to see you th...

What To Do With A Bushel of Summer Peaches

A bushel of peaches is a lot, but there is no need to let them go to waste. H... 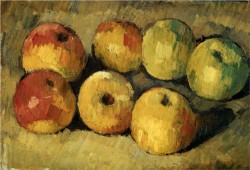 Nothing is quite so satisfying as making your own apple chutney to see you through the long winter months. Here are three traditional recipes to use up the autumn glut.
100%  17   19 Jimmie
Other Recipes 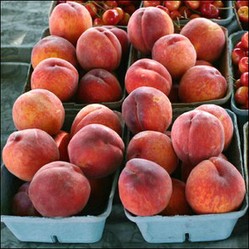 What To Do With A Bushel of Summer Peaches

A bushel of peaches is a lot, but there is no need to let them go to waste. Here are recipes and ideas for using every one of those peaches.
Loading ...
Error!