Review of the An Unexpected Journey movie and whether it is suitable viewing for young kids to watch. Good points and bad on this film now available on digital and blu-ray too.

It seems entirely appropriate to finally write up my first Hobbit movie review of An Unexpected Journey on the very cusp of watching the last one! Since I've now had the pleasure of seeing this on the big screen and also owning both the standard and the extended edition with bonus features, I feel really qualified to put my opinion out there.

This movie is based on the book authored by the prolific writer J.R.R. Tolkien and published back in 1937. The book is a fun adventure filled fantasy that is aimed at kids yet appeals very much to adults as well. Because the book version is aimed at children, many people mistakenly believe or assume that the movie version is also for kids. But is it?

As a parent myself, I'd say this movie is definitely not suitable for young kids

It's rated at PG-13 for a reason. My daughter is desperate to watch it but at only 7 years old, there's no way that I'd let her. The director, Peter Jackson, took the stance (quite rightly, in my opinion) of showing a slightly darker side to this tale to bring it in line and have it fit in more seamlessly with The Lord of the Rings movies which were filmed first. And he has cleverly used back-history from Tolkien's Middle Earth writings to do so.

Although it has much lighter moments overall, there are plenty of scenes which are entirely inappropriate for kids to watch including an early grim battle scene which include a decapitation and an arm being hacked off - and that's just for starters.

Although this is the worst part in terms of viewing for children, there are later scenes involving wargs (think of giant and vicious wolves) and their rather hideous orc riders that would be frightening for kids to see - even with parental supervision. So I wouldn't recommend this movie for young kids.

The Hobbit is a great movie but not a flawless one

Despite the length of the movie at 2 hours and 49 minutes, it has quite a number of action sequences which keep it rolling along. But those with shorter attention spans may find it a bit lengthy to sit through. It's got a big battle scene, the charming and lush setting of Hobbiton, the magical and beautiful Rivendell, Stone Giants, Elves, Great Eagles, Trolls, Dwarves, Wizards, Orcs, Wargs, Goblins, The Creature Gollum and the brilliant actor, Martin Freeman as the Hobbit Bilbo Baggins. So there is much to commend it indeed.

There is one very stupid moment which really grates every time I see this movie - and why they did not edit it out of the extended edition is beyond me. That's a part where a dwarf asks in the Elven outpost of Rivendell "Have they got any chips" which is supposed to be funny, I guess, but it is a ridiculous thing for anyone in Middle Earth to ask and it brings you straight out of the movie and back into modern life. I hate it and I'd love to dub that part out. What was Peter Jackson thinking to allow that part to remain in the final cut?

I'm also not really a fan of the whole Goblin Town / Dwarf section because it's a little silly especially with the escape of the dwarves which is very over the top and just not believable but I can see how that part might appeal more to a younger audience.

Apart from those minor gripes, I think an amazing job has been done overall in the making of this movie which has clearly been a major undertaking. A lot of things were just spot on. And there is a moment near the end of the movie between the characters of the Dwarven leader Thorin Oakenshield and Bilbo Baggins that has me in tears every time. But really, as with every movie, you should really watch it for yourself and make up your own mind. See what other movie items this fan recommends below.

This is a fantastic movie guide for anyone who really enjoyed the movie and wants more in the way of photos and information on the making of it. The extended edition is worth watching for die-hard fans like me. I hope you've enjoyed reading my wizzles page today, thanks for your visit. The extra scenes round out the movie much more seamlessly and just finish this fantasy off better. You'll see more of Hobbiton and Rivendell too which are really great additions.

A Bilbo Baggins Costume is a great choice for any Lord of the Rings or Hobbit...

What can you buy for a Hobbit fan? Hobbit Gifts has some great ideas for enth... 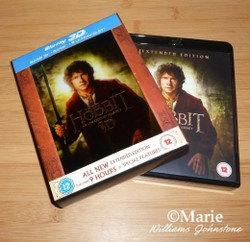 The Hobbit: An Unexpected Journey (plus bonus features)
45%  4   3 Marie
Halloween Costumes for Adults 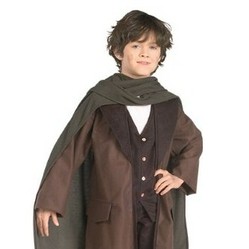 A Bilbo Baggins Costume is a great choice for any Lord of the Rings or Hobbit fan - big or small. Dress as this Shire character in just 5 easy steps with these outfit ideas.
26%  4   2 Marie
Gift Giving 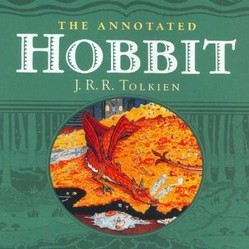 What can you buy for a Hobbit fan? Hobbit Gifts has some great ideas for enthusiasts of the movies or Tolkien books which celebrate that small but fearless creature, The Hobbit!
Loading ...
Error!