Five randomly chosen lighthouses from around the world, with pictures and informative briefs on each, and where you can get picture coasters with images of each one on them.

Dedicated to all my lighthouse loving friends, here's a page with five different lighthouses from around the world. As a bonus, each lighthouse shown is available on a set of beverage coasters. So, you can even take them home.

These five lighthouses were chosen with no particular criteria in mind, other than I found them nice to look at or interesting to learn about.

There's a very picturesque German lighthouse with some great history, one guarding the Strait of Gibraltar that got the U.S. involved in its upkeep, one with classic red and white lighthouse stripes, a 400 year old Greek lighthouse, and one in New Zealand that allowed the lighthouse keepers to live a fairly normal life.

Each lighthouse is followed by information about where you can buy drink coasters with that lighthouse on it.

This beacon is located in a really pretty setting, and keepers loved being stationed there, too.

First lit in 1913, the Castle Point Lighthouse sits on a rocky cliff shining its beacon 22 miles out over the southwestern Pacific.  It's the only lighthouse in New Zealand built from sheets of steel.

Fully automated since 1988, it was one of the last manned lighthouses built in the country, and still has its original 2nd order Fresnel lens.

Something interesting about this lighthouse was that lighthouse keepers here were not isolated as they were elsewhere. They shopped at nearby Castle Point Township, and even sent their children to school there.  This may be how this lighthouse got its nickname of 'Holiday Lighthouse" - because being a keeper there was almost like being on holiday.

At the web's most popular on demand print site, you'll find beverage coasters in your choice of several styles.  There are sandstone, glass, and wood choices.  Of course, the old tried and true hard plastic coasters with cork backing are available, as well.

Shown at right is a lovely image of the Castle Point Light on those hard plastic coasters that we all know so well  They come in a set of six, so you can use them every day, or break them out when company comes.

Built in 1864, by Sultan Mohammed III, this Moroccan lighthouse guards the southeastern entry into the Straights of Gibraltar, and officially marks the line between the Mediterranean Sea and the Atlantic Ocean.

In 1865, U.S. President Andrew Johnson signed the Spartel Lighthouse Treaty, which guaranteed the neutrality of the lighthouse.  The U.S. and nine European signatories assumed responsibility for the upkeep of the property.  This was the first international convention ever signed by the United States of America, and it stayed in force until 1957, when responsibility for the lighthouse was returned to the Sultan of Morocco.

For Those With More Traditional Tastes

If you're more of a traditionalist at heart, you might like this style better. They are sold as a set, in plastic with non skid cork backing.

More serviceable than others that come in a set of four, these, with an easy to care for wipe clean surface, come in sets of six, which makes these more convenient for entertaining.

Though no longer operational, the lighthouse in the harbor of Chania, Crete, is nonetheless a stunning sight.

The original stone structure was by the Venitians sometime around 1570, and enhanced and remodled by Egyptian occupiers in the early 1800's.

It has recently been restored.  Hopefully, it will be around for another 400 plus years for all of us to enjoy.  It certainly creates a striking picture in the harbor, and I would hate to think it might not be there forever!

Greek Island of Crete and old town of Chania 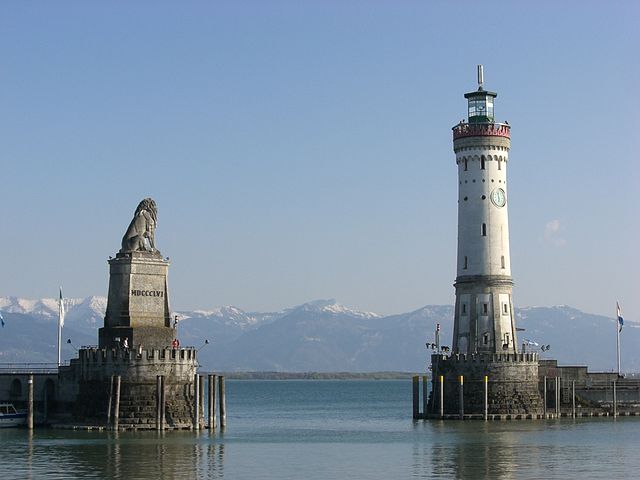 Talk about history!  This "New" Lindau Lighthouse,  on  Lake Constance in southern Germany, was built in 1853-56 to replace the (still functioning!) one that had been built in 1230.

The new Lindau light was lit at first by an oil fire.  Over the years, kerosene and gas were used, until electricity came to the light in 1936.  Today, the light is automated, and its beacon is actually triggered by radio signals from approaching ships.  My goodness, what technology hath wrought!  Along with hundreds of others, this lighthouse no longer requires a keeper to continue functioning.  But, it's still needed.  And still beautiful.

Do you see the clock built in to the tower?  That's not a common lighthouse feature, now is it?

It's easy to see why this light tower, the only one in Bavaria, is one of Germany's most photographed.

Harbour entrance with lighthouse of Lindau

Here's one from the 'new' world.

Sitting at the boundary between the Gulf of Main and the Bay of Fundy is Nova Scotia's Brier Island Lighthouse.

There have been three towers on the site.  The first two, built in 1818 and 1832, were wooden.  The current concrete tower was built in 1944 when then second wooden one was destroyed by fire.

There have been 57 ship wrecks just off Brier island, so the lighthouse is essential to the area, which is often under dense fog, making the job it has an important one for sure.

Which of these wold lighthouses do you find the most intriguing?

Your comments are welcome and appreciated!

CruiseReady, One of my dreams is to own and reside in a lighthouse and a windmill. Have you seen Lighthouses of Ireland? I reviewed it on Wizzley, and the Emerald Isle of course has many buildings and settings competitive with all your fine choices and product lines here.

Yes, that one really is special. I keep having another look at that image myself

What lovely lighthouses! They are all amazing in their own way, but that German one is rather special.

Thank you so much for mentioning your favorite lighthouses, Veronicas! They are definitely on my list to find out more about, now that you've told me about them.

You are so right, sheilamarie. Maybe that's what makes so many people so fond of them. They do inspire!

I have not been to any of these as they are all outside of the US, though we spend time in Acadia in Maine so have been closest to the one in Nova Scotia. I love how each has the look of the country from which it is from.

I LOVE lighthouses. They do indeed have a very emotive and evocative quality to them. These photos are stunning. Thank you for posting them.

Of course, we will all have our favourite lighthouses and mine, if I may respectfully mention them, are 2 in the same place. Flamborough Head in Yorkshire, England is one of my favourite places. It has TWO lighthouses. One was built in 1669 in King Charles ll reign and is hexagonal, made of chalk. It is beautiful to see and walk round. The present lighthouse was built approx. 1806. I don't know if there is anywhere else that has two lighthouses so close.

I don't what it is about lighthouses that so sparks the imagination. They become so easily a metaphor about what guides us through the journey of life.

It sure is! Our son an daughter in law recently visited Morocco, and I tried to get them to put a visit to the Cap Spartel light on their list, but they didn't get to the coast to see it. 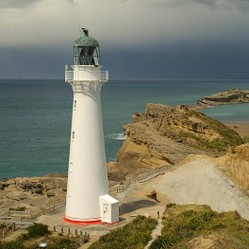 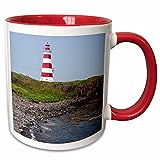 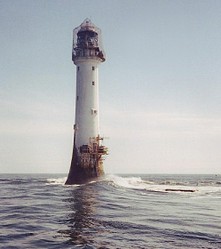 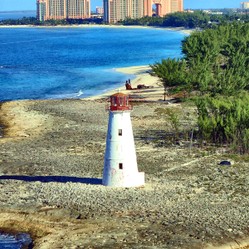 Bathroom Decorating ideas with a lighthouse theme. They've represented safety to generations of mariners. Bring these beacons of hope into your home
Loading ...
Error!