Free Ebook Readers Are On The Way

Ebook reader prices have absolutely tumbled over the last two to three years. How much longer will it be before we can get free ebook readers? 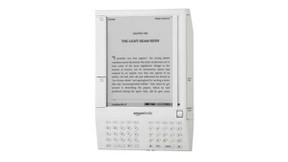 When Amazon first launched the original Kindle reader, back in November of 2007, it sold for $ 399. Today, a little over four years later, you can pick up an entry level Kindle for just $ 69. Even higher end readers, such as the Kindle Touch and the Nook simple touch, can be found for less than $ 100. $99 is the current price for both of these readers (albeit the Kindle Touch comes with "special offers" - adverts), and there's no reason to suppose that price won't go lower still - and quite possibly sooner rather than later.

There are many industry watchers who already believe that Amazon is losing a small amount on every hardware item that they sell. you would have to suppose that Barnes and Noble are probably in the same boat since they dropped the price of the Nook Simple Touch to match Amazon's Kindle Touch in November of 2011.

The fact of the matter is that the big money is not in hardware sales - at least not for companies like Amazon and (to a slightly lesser extent) Barnes and Noble. Once you have your Kindle or your Nook, you are closely linked to either the Amazon or Barnes and Noble content system. Follow up sales of ebooks and, in the case of the Kindle Fire and the Nook tablets, movie downloads, music, apps, software, you name it, are an ongoing income stream for these retail giants.

You could, if you had the notion, pay more for the cover of a Kindle or Nook reader than you do for the actual reader itself these days. Likewise, purchase a few recently released ebooks from the bestsellers list, and you'll probably have laid out more cash than you did for your reader.

As ebook reader prices dip below the $ 100 mark, the readers themselves become much less important financially to the big players. In fact, if you like, you might do better to think of them not as ebook readers, but as another electronic point of sale for either Amazon and B&N.

Get A "Free" Nook Simple Touch 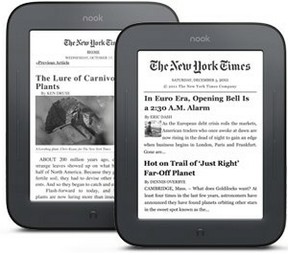 If you were thinking about taking out, or maybe renewing, a subscription to the NYT anyway, or if you were considering picking up a Nook Touch reader, then it's not a bad deal. Otherwise, it's interesting, but not exactly a "bite their hand off" gig.

All of these deals are available up to March the 9th, 2012.  However, if they don't appeal to you, you will probably be able to pick and choose from other alternatives before much longer.

Free Ebook Readers Are On The Way (Really)

Okay, so the above deals may be interesting to some people, but they aren't exactly to die for. Nevertheless, they are a sign of things to come.

Both Amazon and Barnes and Noble are a lot more interested in linking you in to their content system than they are in turning a profit on their hardware, be it ebook readers or tablet computers.

Amazon might well offer free Kindles to Amazon Prime members before very much longer. They already let Prime members "borrow" one free Kindle book a month from their Amazon Lending Library. Free hardware would be the next logical option.

Both Amazon and Barnes and Noble could offer free readers for anyone who bought a certain amount of books a month/year. A kind of ebook of the month club would work well for either firm.

And, of course, the same is true for both the Amazon and B&N tablet computers, but the potential content and scope for follow up sales is even greater.

Free ebook readers are on the way. Expect to see a series of subscription incentives like the Nook and NYT in the near future. It won't be too much longer before ebook reader deals are considerably more tempting than what B&N currently has on the table.

Hey Tolovaj - I think your comparison with mobile phones is a very good one. I have sometimes wondered why Amazon didn't go for some kind of subscription with the Kindle. They have something similar with Audible - a few dollars a month gets you one book per month, a few more gets you two per month.

They don't have a hardware tie-in with Audible of course - but you can see how they could work that in there if they wanted.

The trend is obvious. Prices are decreasing, hardware is better and better and the real profit for all companies is in software (e-books, e-magazines, multimedia...). We have seen this situation before: with PC, where you can buy a good computer for couple of hundreds and software for thousands and thousands (unless you go for open source).

And there is of course the situation with mobile phones, where best (most wanted) models always come in (pretty expensive) subscription packs but they are after some time available for lesser price, especially if the new version of the same model comes to market. I don't see free mobile phones yet, but you can get good (not state of the art) for about 50 bucks and with prepaid options you can survive the whole year with additional 20 bucks. This is not best option for manufacturers and some of them are living on the edge, but apparently they want to find every penny on the market and are even willing to loose some money just to prevent the costumer signs their competitor.

Why I Chose Kobo Over Kindle

eBook Shopping is easy and being able to buy eBooks Online means no more jour...

If you are looking for an eBook Reader then the Pandigital Novel eReader is w... 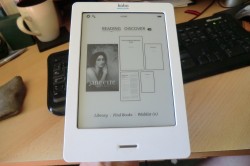 Why I Chose Kobo Over Kindle 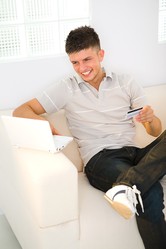 eBook Shopping is easy and being able to buy eBooks Online means no more journeys into town and standing in queues just to get that book. eBooks are delivered to you in seconds
72%  10   6 pkmcr
Other EReader Topics 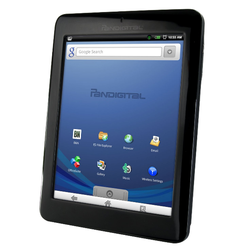 If you are looking for an eBook Reader then the Pandigital Novel eReader is worth considering. eBook readers are going to be incredibly popular this year so read our review!
Loading ...
Error!