Learn about fun space things to share with young children: the first astronauts, weightlessness, and how shuttles land; fun space toys, books, and costumes for kids under eight.

Does space interest young children? Oh, yes! Just watch their imaginations soar as they learn about rocket ships, astronauts, weightlessness, the moon and the stars.

America's first astronauts were called the Mercury Seven, and they were our first real space heroes. Since they first flew, a lot has happened. Others followed in their footsteps, and some of today's children will follow them in the future.

Those who go to space will experience out of this world things, including the feeling of weightlessness. Maybe, a boy or girl who is growing up right now will fly in, or even help design a new generation of spacecraft to replace our recently retired space shuttles.

Learn a little bit of all of that on this page. There are even a couple of fascinating videos that you'll have fun sharing with a special youngster as you help them learn about space. And, find some ideas for a toy, puzzle, book, or astronaut costume for a space crazy child under eight.

A Mercury Rocket, named Freedom 7, blasts off on May 5, 1961. Inside the small blue crew capsule at the top was Alan Shepard, the first American Astronaut to fly.

The very first American astronauts were known as The Mercury Seven.

Why?  Because they flew aboard Mercury Rockets, and there were seven of them. 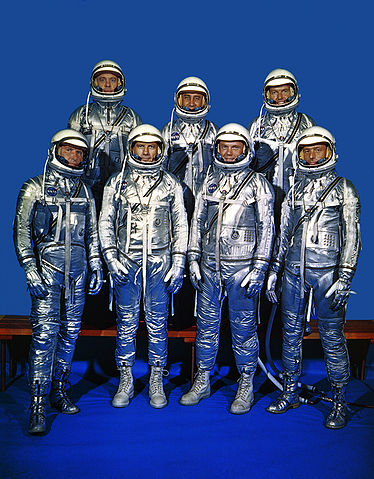 For that first group, NASA selected only the healthiest, strongest, smartest, best men it could find.  Only test pilots could apply, and that meant only men, because there were no women test pilots in those days.

Not only that, they could not be very tall or fat, because they had to be able to fit into the small space capsule.

They were real pioneers!  And brave ones, too.  The Mercury rocket carried just one single person, so each astronaut had to go by himself.

Their space suits, which they wore for the entire flight,  were shiny silver.

Freedom 7 Lift Off and Capsule Retrieval

See Freedom 7, the Mercury Redstone Rocket blast off with Alan Shepard aboard.  He's inside that dark blue capsule at the top of the rocket.

After the short flight, the capsule landed in the ocean.  At the end of the video, you can see the capsule being lifted onto the deck of an aircraft carrier.  Then, Astronaut Shepard gets out.

Because of Zero Gravity 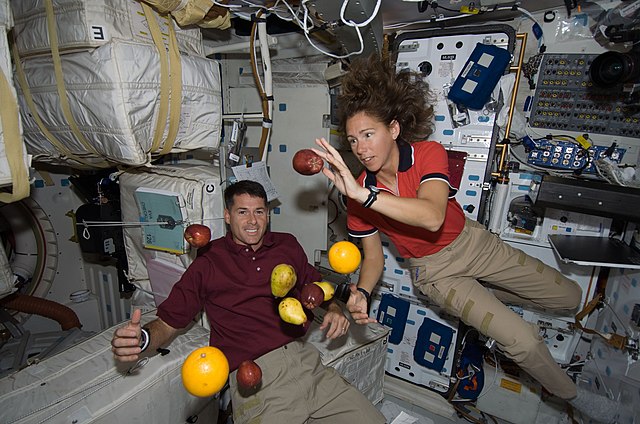 Here's a picture of Shane Kimbrough and Sandra Magnus, on the Space Shuttle Endeavourn that you can use to help explain the concept of zero gravity to your young aspiring astronaut.

Perhaps the space scientists were planning to have some apples, oranges, and pears for a snack.  But, look what's happened to all that fresh fruit - it's floating around!

And, that's not the only thing that's floating.  So are the astronauts.

In zero gravity, anything - or anyone - that isn't fastened down floats freely. That's a condition we call weightlessness.  All your weight doesn't really go away in space, but it feels like it does.  So, that's we call it.

Just look at Sandra Magnus' hair! See how it sticks out in all directions?  Yes, even her hair is weightless.  Its a good thing that one end of each strand of hair is attached to her head!  Can you  imagine what would happen if it wasn’t?

Books About Space For Children

They Were The First Reusable Manned Spacecraft 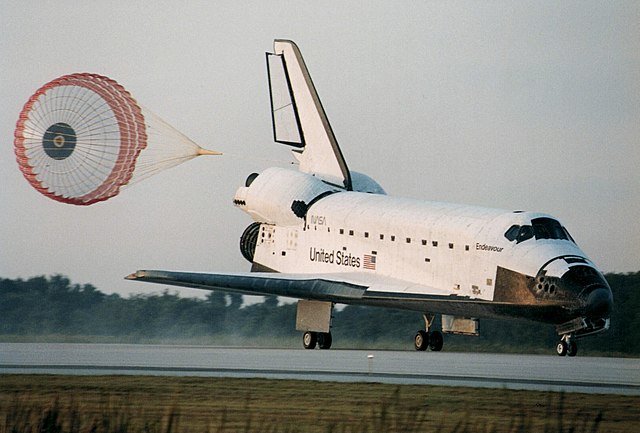 After the Mercury Program came the Gemini and Apollo programs, and finally, the Space Shuttles.

Shuttles were the first reusable spaceships.  That meant they could go to space, land safely, and go back to space again.

When they returned to earth, they came down on a runway, like an airplane, except they had no engines running.  They were like really big, very fast gliders when they landed.  They had a parachute that would pop out to help slow them down. 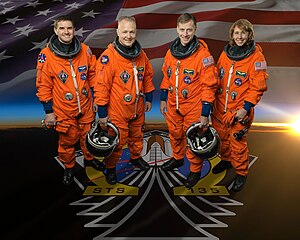 Space craft changed a LOT from the days of Mercury.  Now, we've sent whole teams into space on the shuttles, and those teams include both men and women.

By the time of the shuttle program, what the astronauts were wearing changed a lot, too.  On the shuttles, while orbiting, the crew wears casual clothes or blue flight suits.  For lift off and re-entry, there are orange pressure suits, and special white ones for space walks.  To read more about that, see NASA's Shuttle Space Suit Colors.

For a School Play, or Just Pretend

If your youngster needs a fun Halloween costume, think astronaut!  They are really fun and will be different from the next door kid's ghost, witch or pirate costume.

If there's a school play in your child's future, maybe they will get to play the part of a spaceman.

In any event, there are some cool costumes available that are sure to thrill a young space cadet.

For Your Young Space Cadet

Endeavour was the last shuttle built.  She first went to space in 1992, and made her last space flight in 2011.  If you would like to see Endeavor, you can.  She's now on display at the California Science Center.

In this short video, you can watch her land at Kennedy Space Center.  Look for the parachute to pop out to help slow her down.

See the Parachute, too

To Help You Help Your Young Ones Learn About Space

CruiseReady, Is it rank, or some leeway in what to wear, that accounts for the different-colored tops that Sandra Magnus and Shane Kimbrough are wearing?

Try it! I think it would be a good opportunity for a lot of learning, too.

This is my daughter's age bracket and she loves dressing up. I've never thought about an astronaut costume but it's a fab idea.

Before man went into space, it was up to Animal Astronauts to prove it could ... 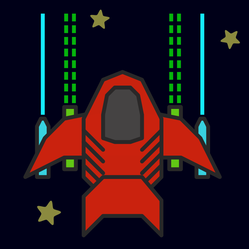 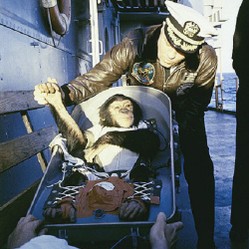 Before man went into space, it was up to Animal Astronauts to prove it could be done. Crucial flights were made by dogs, monkeys, and other animals.
78%  7   6 CruiseReady
Astronomy and Space

The colors of NASA shuttle suits were principally orange, blue, and white. What color space suit the astronauts wore for each of three special purposes
Loading ...
Error!