There aren't many games like BioShock out there if you want other options that provide strong FPS gameplay, an engaging story and light RPG elements. The few that do exist though a

There aren't many games like BioShock out there if you want other options that provide strong FPS gameplay, an engaging story and light RPG elements. The few that do exist though are featured on this page for other fans of the BioShock series to enjoy.

Like many gamers the BioShock series really captivated me and it's been a long hunt for other games that would pull me into a world in the same way. This list focuses on games that use some light role playing game features (simple skills, equipment upgrades, etc) and put some of the choice in your hands such as the decisions you face in BioShock around the Little Sisters.

If you're an avid fan of BioShock like myself you'll definitely find something appropriate for you here. Please don't hesitate to share your own thoughts on this page, the games and your BioShock experience in general in the comments section located at the end.

The Series Of Games Like BioShock That Inspired It 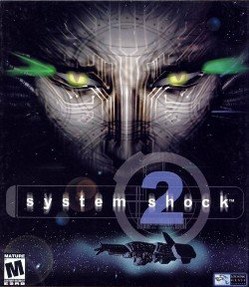 The series of System Shock games definitely inspired the BioShock series to an extent with similar gameplay mechanics to BioShock and overall vibe. It's thus the perfect number one inclusion on my games like BioShock page here and is sure to entertain any Bio-fan.

The games are quite old released in 1994 and 1999 respectively but the gameplay has stood the test of time (even if the graphics haven't). The games also inspired the likes of Deus Ex so you're really playing a piece of gaming history with this one.

Gameplay is first person focused and uses fully 3D environments (this was a huge feat at the time of the games release, trust me). The games also have non-linear gameplay which was also on a scale that hadn't really been attempted before. Along the way of your adventure you'll have to take out enemies with your weapons and various futuristic style abilities.

Because of the fairly loose connections in story between the two games I recommend playing the second game (System Shock 2), it's readily available through GOG.com and is your best bet to get it working on more modern operating systems. 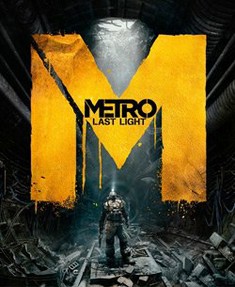 If the System Shock series is a bit too old for your tastes then the next recommendation I have for you on your search for games like BioShock is the Metro series. It's dark, twisted and puts you in the driving seat of a number of decisions that ultimately alter the ending (sound familiar?)

Most notably though is the way the game handles each area with multiple ways to take out enemies using your environment and weapons. A staple of the BioShock series that I always loved as I prefer to have as much control as possible in my approach to gameplay.

The series currently has two games (Metro 2033 and Metro Last Light) which are closely linked and definitely need to be played in order to appreciate the setting, themes and overall tones of the franchise.

As the name might give away the games are set mostly within the Metro system after a nuclear war leaves that the only place that is still able to be inhabited by humans. For some sequences you will have to venture out onto the surface provided you have adequate protection and the oxygen to survive.

Gameplay is very much all about the scavenge hunt for resources while also ensuring your safety from both mutant creatures and other humans. To really immerse you into the games you can expect minimal HUD features, something that BioShock also utilises quite well to keep you focused on the action.

One Of The More Stealth Orientated Games Like BioShock 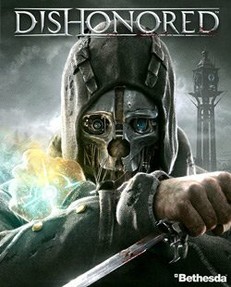 Dishonored has a similar dark and steampunk feel to BioShock while also giving you choice in how you approach levels. It's got all the features that made me fall in love with the BioShock series so I wasn't surprised when I got the same level of satisfaction from Dishonored.

While the game does support both stealth and more direct forms of combat you'll definitely get more from the game if you take the time to enjoy the stealth approach and use the mechanics that comes with it. It's not that run and gun styles of play can't work it just leaves a sour taste in the mouth.

The game is split into various levels so it isn't free flowing like the BioShock series, each of the levels are fairly large though and offer you a good amount of freedom in using your surroundings. In addition to relying on the environment you'll find you have a well diversified portfolio of skills to also help. From a teleport ability to one that let's you jump into the body of mouse and all sorts of other strange skills in between there definitely is no shortage of strategy on this end. 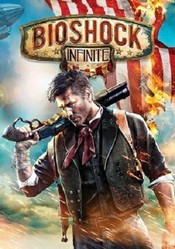 Want to inspire the whole family to help around the house? Or to establish for once and for all who actually does all the chores? A really fun PC game can help!
100%  19   8 JoHarrington
Popular PC Games