Find games like Spore space stage is a difficult task but there is plenty of demand for a game that offers the same experience. As an avid fan of the space stage in Spore I've been

Find games like Spore space stage is a difficult task but there is plenty of demand for a game that offers the same experience. As an avid fan of the space stage in Spore I've been on the hunt for years and collected some games that I think others will enjoy.

Spore was highly anticipated before its 2008 release and I quickly purchased the game like many other gamers after it's release. Spore definitely ticked the right boxes in a number of areas but nobody can deny that it fell short in a few areas as well.

While the space stage of Spore was a fun experience for many reasons it didn't quite deliver the game I was after so I started hunting for alternatives. I hope that other fans of the space stage in Spore will find this page helpful.

Your Favourite Stage In Spore

What Was The Best Stage In Spore?

One Of My Favourite Games Like Spore Space Stage

Endless Space has some very Spore like elements and some aspects of the game are in a completely different direction. I loved the game as a whole though which is one it's my number one option on this list of games like Spore space stage.

Endless Space fits into the turn based genre so it's not a game that will appeal to everyone but it did really remind me of the Spore space stage. You get to jump right into the shoes of nearly a dozen civilizations in the year 3000 AD that each bring their own opportunities to the table. In order to win you'll have to take this civilization from simple beginnings to a diplomatic, economic or a supremacy victory.

The ability to guide your own space empire is what really reminded of Spore, sure you aren't taking control of a single spaceship and the exploration elements aren't really there but I wanted a space empire game and Endless Space is it.

I also really like the spectacular combat battles that are just as visually attractive as they are deep with strategy.

Everybody loved the customisation elements of Spore and that was one of the games biggest selling points. I know that I loved customising every single element of my civilization from day 1 up until the leap into space. This is the fun feeling that Kerbal Space Program offered and why it's been including on this list of games like Spore space stage.

The game is a sandbox flight simulator that lets you attempt to reach the heights of space by discovering the physics involved in a spacecraft and overcoming these to send one of your Kerbal pilots into space and successfully landing on a planet.

I think this captures a lot of the Spore journey that attracted me to the game and for that reason I think it's the perfect option for people that also enjoy physics based games.

One Of The Free Games Like Spore Space Stage 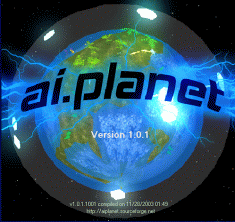 This game on the list focuses more on the planet terraforming aspects of Spore and best of all the game is available for a free price tag. Artificial Planet offers you environments of all sorts with expansive landscapes, water, moons that all come with their own dynamic ecosystems.

Weather also adds a lot to the game world with lightning, rivers and other natural occurring weather that makes the planets feel realistic and unique. Exploration is handled both from outer space, walking around the planet or through robotic control.

It's an interesting idea for a game and it's worth checking out because it's available for free. It definitely won't be up everyone's alley but it is worth a try.

Are Any Of These Games Like Spore Space Stage To You?

Cooking games especially designed for girls, enable them to learn and open up...

With the shutdown of The Sims Social there are many people on the hunt for fr... 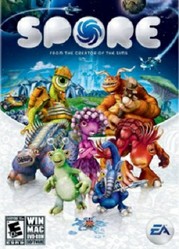 Cooking games especially designed for girls, enable them to learn and open up their mind. Such types of games tell us about the food ingredients, products as well as recipes.
22%  0   3 Seelyon
Sim Games 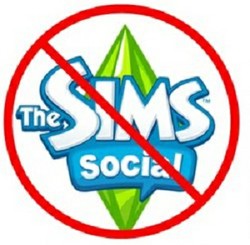 With the shutdown of The Sims Social there are many people on the hunt for free online Games Like The Sims. My sister loves this genre and sent me on the hunt for games that could
Loading ...
Error!