Endless running games like Temple Run are all the rage for both iOS and Android gamers. The fact that they are so easy to get into and can be played in short bursts makes them perf

Endless running games like Temple Run are all the rage for both iOS and Android gamers. The fact that they are so easy to get into and can be played in short bursts makes them perfect for mobile gaming.

While plenty of games have tried to capture the Temple Run experience some definitely fall short of the mark which makes it difficult to find a great game in the genre. On this page I'l l discuss my top 3 alternatives to Temple Run so fans of endless running games like myself have something to enjoy.

I've made sure that I've included a good variety of both iOS and Android games so regardless of your smartphone you can enjoy the games below.

If you've found yourself hooked on endless running games then don't hesitate to suggest your own favourites in the comment sections at the end of the page.

Definitely One Of The Best Games Like Temple Run 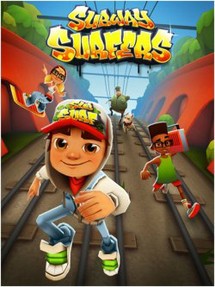 Of all the endless running games I've tried Subway Surfers is probably the best. It's got good graphics, a few mechanics that build on the formula made popular by Temple Run and just a general nice vibe.

It's on both iOS and Android so everyone can join in the experience. As the name might suggest it involves running and dashing around a subway area which means plenty of trains and a policeman trying to chase you down.

It's a very dangerous location to be running around so you really need to be on your toes. Along the way you'll collect coins, run along the ground or take to the top of a railway cart instead or even jump on your hover board temporary. It's got plenty of variety as you run down three lanes.

The objective is similar to other games in the genre as you try to get as far as possible and compete with yourself or friends for a top score. Unlike other games like Subway Surfers though the game has received a good stream of updates to keep things fresh and exciting which is a nice change. 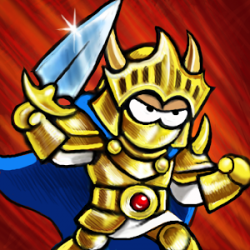 I love a good role playing game so when I discovered the One Epic Knight (iOS and Android) was trying to combine the two I instantly downloaded it into my device. Just like the many other games out there it's free so with no barrier to entry I can't recommend it enough.

The game was developed by the same team that worked on Tiny Heroes, a game that I also really liked so I got a small extra kick from the game. They aren't linked outside of similar character models so don't fret.

One Epic Knight is a very fresh experience as you travel some great landscapes, dungeons and more in an endless running adventure that just feels all around great. You'll have to dodge countless traps and creatures as you continue to run deeper and deeper into these environments for loot.

With three lanes and swipe based controls adventuring feels great in One Epic Knight and as you gain more and more loot you'll be able to earn power-ups, equipment and even potions to push your high scores even higher. With these light RPG features it made me very interested in pushing onwards.

If you're like me and find that the standard endless running game gets a little old too quickly then the extra depth of One Epic Knight will be right up your alley.

A Sonic Based Endless Running Game Like Temple Run 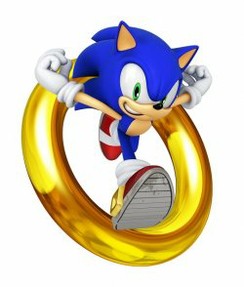 For Sonic fans like myself you'll love the endless running experience that Sonic Dash offers. I was originally quite sceptic and worried it will be something quickly thrown together to cash in on the obvious ties between endless running games and the overall idea of Sonic.

I was pleasantly surprised though as the game is actually extremely impressive. Whether you want to play on Android or your iOS device you'll have a great Sonic experience just waiting to be played.

As a Sonic game you'll find yourself collecting rings in true Sonic style, it's also one of the fastest endless running games around which is a testament to Sonic's speed. Just like the other games in this genre your goals are limited to chasing longest distance and various speed records with their friends. The game does have a pretty good achievement system behind it though that does give you some extra encouragement.

Best of all though is the other characters that the game lets you unlock with the rings that you earn on each run. With the likes of Knuckles, Blaze the Cat and Tails all of your favourites are there.

How to Design a Car Game

If you are a car lover, then riding your car in style is one of your ultimate... 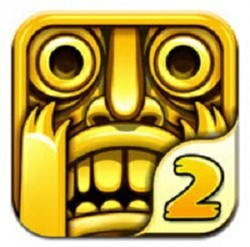 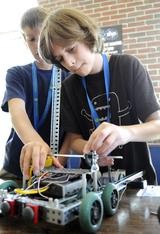 How to Design a Car Game

If you are a car lover, then riding your car in style is one of your ultimate dreams. In fact, owning a car would be your primary dream, that is to say.
50%  3   6 girlgames
Puzzle Games