What Genre is Harry Potter?

The question 'What genre is Harry Potter?' can't be answered with one word, as the Harry Potter series belongs to different literary genres at the same time!

And to make things even more complicated, as the series developed it changed, to a certain extend, genres. Here an overview of the ones that can be applied to the books and a, rough, categorization of the books in genres. Have fun and, if you are of a different opinion, feel free to voice this in a comment ;-)

That one is clearly defined by the length of the books and the kind of language used in them. Whilst there are some songs and poems throughout the books, they are predominantly written in prose and of truly epic length ;-)

That one is a no-brainer, as much as we might wish sometimes that the wonderful world of Harry Potter exists, it doesn't, making it 'Fiction'. And 'Fantasy' is also clear, indicated by magic, fantastic beasts, paranormal events and so on. Other books of this genre are, for example, 'The Lord of the Rings' by Tolkien, C.S. Lewis' 'Narnia Chronicles' or the 'Discworld Series' by Terry Pratchett.

Despite the fact that the series is read by children and adults alike, yes, at least the first books are clearly in the genre 'Children's Literature' whilst the later ones are more 'Young-Adult Fiction', aiming more at teenagers than at children. Apparently it came as a total surprise to J.K. Rowlings, the author, that the books were also such a hit with older readers.

The whole series, less the last book, centers around a school year at Harry's boarding school and is mostly taking place there. Typical topics are exams, bullying, the development of friendships – and enemy-ships, school houses and competitions and so on. The 'School Story' aspect is a very important one and has contributed hugely to the success of the series, as it allows children and adults alike to identify with the characters. In the end, most of us have gone to some sort of school - and some of us even to boarding schools.

The books might start with Harry being a bit older then one year in the first chapter, but the main story starts when he is approaching his 11th birthday and goes until he is 17. There is also a concluding last chapter that tells us a bit of Harry's life as an adult, such as the >names of his kids< that he had married Ginny Weasley and a few more details. But the main plot is really about Harry growing up from a child with a complicated past into a young man that has to face his fate.

Some of you may differ here, but in my opinion, Harry Potter doesn't belong in any of the following genres:

The genre 'Adventure' is defined as having events that take the protagonist out of his normal life and put him in a different context, where he has to live through one or more adventures and then returns home.

At first look that seems to apply to Harry Potter, as he hears on his 11th birthday that he is a wizard and will start soon a different life at Hogwarts School of Witchcraft and Wizardry. But this 'new life' becomes soon the main focus, the normality, for the protagonist and different to other novels in the 'Adventure' genre, the protagonist doesn't return at the end to his old life, but remains in this new reality which now has become 'his world'.

You can see this difference if you compare Harry Potter to Peter Pan. At the end of that story Wendy, and her brothers John and Michael, go back to their home in London, after the many adventures they have lived through in Neverland. They don't stay forever in Neverland. On the other hand, Harry Potter most definitively stays forever in the hidden wizarding world and doesn't return to the Muggle World for good.

Yes, there are some dark elements in the series, especially towards the end, but that doesn't make it automatically part of these genres. For this, these elements would have to be far stronger and the story lines would have to center around them. Harry Potter centers around growing up, learning to distinguish between good and evil and fighting the good fight. The elements of thriller, mystery and horror found in this series are only supporting this, but are not the main story. If you want to read true horror, I recommend Stephen King, but only if you want to have nightmares for a week ;-) ... at least!

Switch of Genre in the Harry Potter Books

If you see the cut-off point between children and young adults at around thirteen, I would say that the series changes genre with the 5th book, 'Harry Potter and The Order of the Phoenix'. From then on the books become darker in tone and more adult in their story lines.

School Story > Coming of Age Only

The last book, 'Harry Potter and The Deathly Hallows', is the only one that doesn't take place during a school year. It ends the 'School Story' genre and concentrates on the final 'Coming of Age' of the main protagonists, Harry, Hermione and Ron.

Harry Potter is a series of novels whose books belong to one or more of the following literature genres: Fiction (Fantasy), Coming of Age, School Story, Children's Literature and Young-Adult Fiction. And yes, I am certain that it will be soon counted also as 'Classical Literature'!

What do you think the main genre of Harry Potter is?

Here you can find out more about Harry Potter ;-)

Harry Potter
Harry Potter is my, not so secret, addiction! Here all my articles I have published so far about this subject on Wizzley.
Updated: 09/16/2012, Sam
Thank you! Would you like to post a comment now?
3

I would say this series is for all age groups ;-) The first two books might be more children books, also I know many, many adults that enjoy them, but the later ones can be really read and enjoyed by everybody. If parents are concerned that the later ones are too violent, really, compared to zombie up blowing computer games in 3D they are pretty tame ;-) Apart of that the books tackle a variety of issues like bullying, making the right decision or how to react when authority does get it wrong that are important for everybody to think through.

I enjoyed reading this :-) So the series is not for one age group. What do you do with that? Kids will start with volume 1 and will want to read the rest :-). I only read part of a Harry Potter book (can't remember which one).

A list of all Harry Potter books, including plot summaries and alternative ti...

At the end of the last book the reader gets a glimpse at Harry Potter's life ... 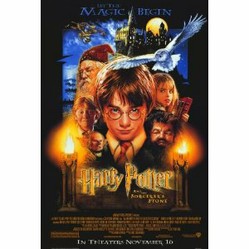 A list of all Harry Potter books, including plot summaries and alternative titles. Contains also other, official books that were published and that are part of the world of HP!
9%  0   1 Sam
Fantasy 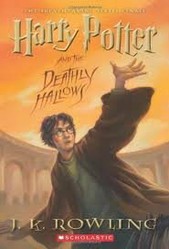 At the end of the last book the reader gets a glimpse at Harry Potter's life after the battle of Hogwarts. The names of his kids and their meaning are explained below.
Loading ...
Error!