Harry Potter is my, not so secret, addiction! Here all my articles I have published so far about this subject on Wizzley.

Below you find a list and summary of all my articles here at Wizzley regarding Harry Potter, sorted by subject. Enjoy! And if you have a question or suggestion about what I should write next regarding the world of Harry Potter, just leave them in a comment. Thanks!

... all there is to know about this fascinating online experience!

... for those that are curious about why things are how they are!

About the names of Ginny and Harry Potter's kids and after whom they got named.
Harry Potter Kids Names

All Harry Potter books in one handy list and in order.
Harry Potter list of books with a summary of each included.

... everything that is not a book or a movie, but would make a great gift for a fan.

Harry Potter Posters
Are you looking for a Harry Potter that not every fan has already? Look no further then here ...

Harry Potter iPhone 4 Cases
Need a case for your iPhone 4? Look here for my personal selection.

My opnions different aspects of the Harry Potter Universe

Harrius Potter et Philosophi Lapis Review
Should you read Harry Potter in Latin? Why or why not?

There is a lot more material around for Harry Potter related articles. Such as the whole philosophy behind Harry Potter. The impact the series made, positively, on the reading habits of kids. Charities supported by J.K. Rowlings. The magical beasts and locations. Criticism of the series. Gender role models and so on. If you have any particular preference about a Harry Potter related topic you would like me to write more about, just leave them in a comment.

I am a Harry Potter fan from the very beginning and I think now it is time to use all the material I have for writing about this fascinating world. In the end, all the time I have spend reading the books and watching the movies must be good for something else than just my own entertainment and enjoyment.

One topic, perhaps the one that fascinates me most, is how the books relate to a lot of literature, legends and fairy tales that were written over time. The names and spells in Harry Potter all have their special meanings and many are taken from ancient languages, such as Latin and Greek. Did you know, for example that the name 'Dumbledore' is from the Old English word for bumblebee and makes reference to his wandering around and humming in his office?

And all that raises the topic of translation. How did they translate texts that had so many multi-layered meanings? What is the name for 'Bumblebee' in Russian and have they used it or stuck with the original name? And if yes, why?

And what kind of life lessons can be learned from Harry Potter today? What are the values the series promotes and how do the books compare to other books in the same genre? Should girls read Harry Potter and is Hermione Granger a good role model for them or not? What about boys?

And last, but not least, where did JKR the inspiration for the magical beasts from? When was the dragon first mentioned in literature and how do the dragons in Harry Potter compare to those mentioned, for example, by Anne McCaffrey in her 'Dragonriders of Pern' series?

The more I think about this, the more I see how much more I could write, so please leave me a comment with suggestions to help me decide ;-)

So do I, many more articles to come. In the end, all this investment in books and movies needs to be good for something ;-)

I too love Harry Potter, Oh how grateful I am to J.K. Rowling for having created such a magical experience. 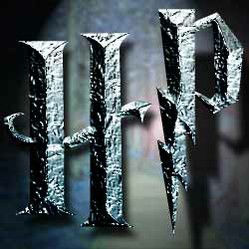