Giving Up Your Property, With Little or No Choice

Eminent domain is a familiar term but not one we think about often. All of that can change rather quickly especially if what you own is financially appealing to government.

Eminent Domain is the power of the government to take property from the landowner if acquisition of such is for the greater public good. In theory, this may appear reasonable. After all, in high school history lessons it was made clear that Eminent Domain made roads, bridges and public parks a possibility. These were the earliest reasons for use of the power.

Eminent Domain enabled railroads and utility transmission lines to spread across the country, bringing equal access to the  population for travel, electricity and phone service. Though allowing private companies such as railroads and utilities to take property was an expansion of the use of eminent domain, we were taught it was a slight expansion of power and tightly regulated.

The Fifth Amendment of the U.S. Constitution  and the “takings clause” within it clearly states that private property shall not be taken for public use without just compensation.  In other words, in theory, the government can only take private property if it is for public use and they must pay for it. Initially, this sounded simple enough. In high school, I found a naïve comfort in accepting this as being fair, reasonable, and just.

Around  the time I entered my freshman year of college I began to have a strong interest in the Judicial system, the Supreme Court and precedents that were being established.  I had matured enough to figure out that when it came to protecting our rights, many times nothing was as straightforward as it initially appeared. In addition, I had come to realize that there are always government factions that push the button, so to say, and abuse the power they have at their access.

Government abuse with eminent domain received a green light with the 1954 Supreme Court decision in Berman v. Parker. Berman redefined the interpretation of “public use” and by doing so changed  the meaning to “public purpose”. This opened the door further for government to overstep its bounds. Increased tax revenue became one of many incentives for governments to allow private developers to “legally steal” individual homes, businesses and properties under the guise of urban renewal.  One must wonder how many people may have believed that specific areas of their communities and cities were being demolished in order to truly improve the quality of life for the population at large when in reality it was just an expansion of private industry that lined the pockets of a select few. I am sure our forefathers did not intend for eminent domain to be used as a key to unlock the door for private economic development projects.

As months and years unfold established precedents such as those in Berman v. Parker resurface and are relied upon to persuade and obtain validation of the desired outcome in other cases. Poletown Neighborhood Council v. City of Detroit in 1981 is a perfect example of this. The Michigan Supreme Court allowed General Motors to acquire property for an automobile plant. An entire neighborhood, consisting on well over 1, 000 residences, 600 businesses and multiple churches were bulldozed based on the economic desire of the city to acquire the land. Once this was accomplished they could (and did)  turn it over to GM for the reward of tax revenue and promised jobs.  The audacity of it all is demonstrated in the fact that in Court the city did not even bother to argue their case under the pretense that the area was “blighted” and was a legitimate condemnation. They were so incredibly confident (and accurately so for over 20 years) that the Michigan Supreme court would allow and rubber stamp abuse of eminent domain power for private development purposes.  Decades later, the Supreme Court voted unanimously to overturn the decision. A bit too late for the thousands of people that lost their homes, their businesses and where they ironically thought they could  practice their right to religious freedom, without fear of persecution.

It is a tough economy and I am sure many people might agree with the decisions of the courts in these cases. If unemployed, the thought of an influx of jobs in your area may be enticing. Perhaps that was in part was the thought of some residents in 1981 Detroit.  But it goes far beyond. Yes, a new job opportunity, the potential for an economic boast in the area,  perhaps prettier or more modern buildings shining along the skyline but the real question is, at what expense?  Sometimes people are complacent when they hear someone proclaim it is a violation of rights because they don’t believe it realistically impacts them.  Guess what? It does. If not now, than eventually. If not directly, then when the decision of the Court is used as a precedent in a case against you. It doesn’t even have to pertain to the same circumstances as long as it can be construed to appear applicable. It is my belief that what rights we retain at this point in history, we need to acknowledge, cherish and protect.  I will, I have,  and if you are interested in reading about my exposure to eminent domain, just look up “The Old Apple Tree”.

The big problem, is in the definition of "just compensation", and who gets to define it. Great article.

Great article. I'm feeling rather disgusted with our gov. right now. This reinforces my disgust. 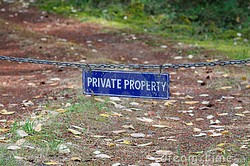 Eminent Domain was nothing new but neither was the old apple tree. It had survived drought conditions, blizzards, and an ice storm. It was not going to fall victim to a chain saw.
100%  54   13 JoHarrington
Gay Rights