Russia threatened to boycott the contest. Belarus came close to editing her out. The rest of Europe said 'no' and handed Austria's stunning drag singer the top prize.

The Eurovision Song Contest is Europe's foremost pan-continental music competition. It's watched annually by over 180 million people, who then vote for their favorite acts.

Every country in Europe may send one act to represent their nation. The winner gets to host the competition one year on. In 2014, there were twenty-six countries in the Eurovision Song Contest, and Austria chose Conchita.

As the drag persona of Tom Neuwirth, Conchita Wurst caused waves across the political spectrum of the continent. Then she walked away as its star.

The twenty-five year old drag diva from Austria was in the lead from the beginning, but it was still a nail-biting finish.

It was close. For much of the voting stage of the competition, Austria was neck to neck with The Netherlands. But then, with just two countries left to record their tallies, Conchita stormed ahead.

She was untouchable! The entire arena had erupted into loud cheers and celebration, drowning out the poor returning officer from Switzerland, who was trying to read out his country's votes.

Conchita Wurst, a bearded drag queen from Austria - whose whole act was a reaction to the homophobic abuse suffered in childhood - had won Eurovision 2014.

Her shock was palpable. Exchanging gaping looks and hugs with friends, stunned into bending double and crouching to the floor. But there was no time for a meltdown. As soon as her triumphant name was announced in grand fanfare from the stage, she was expected up there.

Conchita's partner escorted her along the aisle, practically holding her up, as she neared the bright lights and the platform, a continent's worth of cheering ringing in her ears. Her friend had to gather up the train of her skin tight dress, in order to get her up the steps.

Then Conchita Wurst was there. Passing alone from partner to presenter, glamorous and graceful as she received a hug and took her trophy. Amid the tumult of an arena gone mad with clamoring for their new queen, she was asked if she had any words.

Composing herself into soft words, rising like a phoenix into defiance, Conchita spoke, 'This night is dedicated to everyone who believes in a future of peace and freedom. You know who you are. We are unity and we are unstoppable.'

With her trophy held high in the air and the crowd going wild - just a fraction of the 180 million watching from home - Conchita Wurst had come a long way.

She had already performed it once live that evening of May 10th 2014. But winning meant that she had to do it again. Here she is in all her glory. 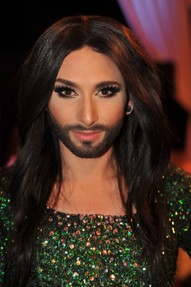 If Conchita had shaved off the beard, nobody would have known that she was a man. She looked like a beautiful, classy lady. But that wasn't the point. The beard was that.

She was there to sing in a contest, but the Conchita Wurst persona had been created - three years before - as Tom Neuwirth's stand for gay rights. 'Wurst' might mean 'sausage' in German, but it also figures in the phrase, Das ist mir doch alles Wurst (It's all the same to me), and that's why Conchita chose it as her surname.

Conchita may appear to have the face and physique of a female model, but the beard flaunted the fact that she is all man. That was the challenge that she flung to the world. That was the stand that Tom wished to make.

Eurovision isn't supposed to be about politics, but of course it is. In the midst of the Ukraine Crisis and an openly homophobic stance, Russia's entry - teenage twin girls - was booed loudly. It wasn't their fault, but these acts represent their countries for better or for worse.

In Conchita's native Austria, her selection for the accolade hadn't gone down too well in some quarters. In September 2013, after it was announced that she would be the Austrian entry, fellow nationals besieged their largest broadcasting body ORF with protests. An anti-Wurst Facebook group gained 31,000 likes in just four days.

But it wasn't all of Austria. The vast majority stood behind her, or at least expressed no opinion, and they were glad that they did when she brought home the trophy.

A larger backlash came from Eastern Europe, where Conchita Wurst's entry into Eurovision was treated as an example of the decadence and depravity of the west.

The All-Russian Parent Meeting, headed by anti-gay activist German Avdyushkin, sent a petition to the Ministry of Communication in Russia. It was signed by 15,000 people and read, in part:

'The popular international competition that our children will be watching has become a hotbed of sodomy at the initiation of the European liberals. Russia is one of the only European countries that has managed to maintain normal and healthy family values based on love and mutual support between MEN and WOMEN.'

Tom Neuwirth Not in Drag

It called upon the Russian government to boycott the contest completely. Sentiments which were then echoed by St Petersburg law-maker Vitaly Milonov, the man responsible for Russia's punitive recent anti-homosexual legislation.

However, President Putin opted to go ahead and send the Tolmachevy twins, who kept their smiles despite being loudly booed at every juncture.

Amongst those signing the All-Russian Parent Meeting petition were plenty of people from Armenia and Belarus too. Aram Mp3, the Eurovision entry from the former, caused a bit of controversy in March, when he made blatantly homophobic remarks. But he's also a comedian, so the exchange between him and Conchita could equally have been joking.

He later apologized, telling the singer that was precisely the manner in which it should have been received. Things had become lost in translation.

Meanwhile, homophobic petitioners in Belarus were attempting to get Conchita Wurst edited out of Eurovision, when the show aired in their nation.

It's quite telling that none of these governments gave into such demands. Russia, Armenia and Belarus all sent their contestants and streamed the competition live in its totality. It seems that even rampant homophobia gives way, when there's national pride at stake and a spectacle to enjoy.

Conchita Wurst answered them all on the night, when thirteen countries awarded her their top marks. Europe stood behind her.

All controversy and challenge aside, here is that wonderful moment once again.

Indulge in Eurovision Gifts and Treats

Archie Gay Marriage Comic Sells Out in Toys R Us
One Million Moms launched an anti-gay marriage boycott. The rest of the store's customers voted with their wallets.

Romantic Gay Pride Puzzle Pendants
Looking for a romantic token, a gift for a same-sex partner which yells loud and clear - 'I love you'? Then fit together with a puzzle pendant apiece!

Amnesty International Mobilized to Protect Baltic Pride
When brave LGBT people gathered in Riga on June 2nd for a pride march, it was against a background of violent persecution.

Inexpensive Gay Pride Wedding Rings (Or Engagement Rings for Gay Couples)
The love and commitment is real, yet there's another kind of Pride to exhibit in your same-sex union. These gay wedding rings score political points, cheaply!
Updated: 01/12/2015, JoHarrington
Thank you! Would you like to post a comment now?
13

Oh! I know the sort! I just didn't know what they were called. Thanks for the TIL moment.

I've never been a fan of the word chav.

Harvestmen - those leggy spiders with tiny bodies. We have a lot of them here as we have farmland all round. You are not a chav, at least not according to the rules of application in East Anglia. In this area chavs come from Essex and the term bog snorklers is applied to anyone east of us. Out in the Fens, strange things go on, you know? Similar term to the sheep-lovers jibe applied to the Welsh hillsmen.

I now have a mental image of various farm labourers crouching in corners of the rooms in your house. Where are they all coming from? And I'm a chav. <3

With added chav, just for good measure, regrettably. Have stayed firmly at home today, working hard for my client. Not even LOOKED at anything to do with audits, uploading or things of that ilk. Chased a few harvestmen from various corners of the house (they're everywhere, we're going to have a bad year for spiders this year, I think) washed the kitchen floor, finished the washing up and generally tried to tidy things up a little before the boys come back later. I don't know if they're all staying over tonight or not, I have yet to find out.

No, just utterly hopelessly bored. Nothing to watch on the TV and too early for a drink. That type.

Ah! People who recall the concept of 'leisure'. :)

They were just in my face, and my space constantly. Nothing went to plan, everyone was dawdling and bimbling along. Nothing to do and nowhere to go, you know the type?

Walking DOES get your work done. It gives you a break and refreshes your mind in order to get back to the grind. Then you work faster and more efficiently.

What on Earth did the idiots do to impede your hair barbery?

Re: Chelsea Garden Show winning gardener - He was the first name that came up on checkatrade in this area. Turns out he is a former mental health nurse who saw first hand that gardening helped his patients. I am no use at gardening but seeing a tidy garden helps my mental health...ours is beyond me right now. It's almost my height in weeds and I don't have the time even though I need the exercise. I have taken to walking around the campus again because I am at screaming point with the deadline and do not want to take it out on my colleagues. Sure, walking doesn't get any work done, but it helps me to decompress, which is vitally important to the production of future work.

I wasted so much time today in town dealing with IDIOTS on the way to have my hair barbered... Getting my head shorn is in itself is a boost to my mental health, but these *whistles* could not see it. *cry, inhale alcohol, play loud electronic music*

Gay marriage is not a modern idea. Throughout the height of the Roman Empire...

San Francisco Pride: How one city developed such a thriving LG...

The Castro district is one of the first and largest LGBT neighborhoods in the... 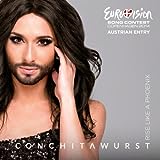 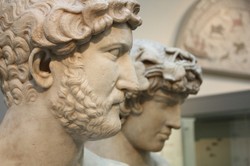 Gay marriage is not a modern idea. Throughout the height of the Roman Empire, it was not only commonplace, but sometimes mandatory.
100%  19   17 Ember
Gay Rights 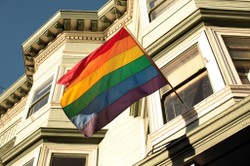 San Francisco Pride: How one city developed such a thriving LGBT community

The Castro district is one of the first and largest LGBT neighborhoods in the world. How did San Francisco develop such a thriving, proud, and loud LGBT community?
Loading ...
Error!