Global Warming Impacts Everyone, but How and Why?

Global warming, can have major impacts, but how and why? Discover the facts written so you do not have to be a scientist to understand what the concern is.

Global warming refers to the gradual heating up of the Earth. What is supposed to happen is the Earth should give off the energy it takes in and maintain its temperature. During the summer it does heat up, but then loses this heat during the winter. Overall, the annual energy should be balanced, what is taken in should be equal to what is given off.

Part of the process of handling heat is a marvelous circulation system whereby excessive heat at the equator is shared with the poles. Air aloft moves in a manner to help keep the Earth from really overheating at the equator, and from getting much colder at the poles.

The Role of the Jet Streams

While it is more complicated than this, the simple way of looking at the jet streams, one in each hemisphere, is to separate the colder areas from the warmer areas.  When the jet stream moves, we get fronts moving across the Earth.

A jet stream is not a straight line movement of air.  Instead, it produces loops, much like a river meanders.  As the energy in the atmosphere changes, so does the number of loops, which can be as small as three or as large as six.  Hence, we see temperature changes in many temperate latitudes due to the changes in the jet stream.  Another feature is that places over which the jet stream moves away from the equator have increased precipitation, due to the air flowing over the cold dome of air behind the jet stream.

As a consequence of any climate change, individual places will become hotter or colder, and may become wetter or drier. This can result in drought or flooding.

Areas with temperature and precipitation changes often become agriculturally challenged.  While some crop might work, finding and shifting to it takes times.  And, countries could become unable to produce crops to meet the citizen’s dietary demands, making importing food a necessity.

Water vapor, when it comes out of the vapor state to form liquid water, releases an enormous amount of heat.  This heat causes the air to expand and become lighter, forcing it to rise as colder air flows in to take its place.  Warmer air holds more water vapor, so there is more fuel to cause storms to become more frequent and more severe.  A warmer Earth is a stormier Earth.

While satisfying the collective palates of a country might be a problem, it pales compared to the consequences of melting the polar caps.  The ice stored on the Earth’s surface, both in glaciers and polar caps, is water that cannot spread out.  Once melted, the water can spread out in the oceans, increasing their depth significantly, while spreading out until the new ocean basins reach high enough land to contain them.

Technology probably will not save major cities along the coasts.  Even if the cities could be walled with high levees, many of them would become islands well out to sea.

Another problem will be the introduction of the fresh water into the salt water oceans in sufficient quantity to change the salinity.  Sea life will be challenged to survive.

what if the Polar Caps Melted?

Why Should I Be Global Warming Conscious?

Well, as global warming displaces large populations with rising sea level it will impact the economy of every country of the world.  Then, there is the agricultural impact, many people will pay more for food.  Finally, storms will cause greater damage.

Trees Role in the Environment
Trees can impact the environment, and in a positive way. Planting trees and preserving those that are already there can be a start at reversing global warming.

Solar Energy: The Details You Want to Know
Solar Power has many details you should know before maling a decision to add solar unite, or whether you will own or lease the units.

LED Or Fluorescent Light Bulbs, a Comparison
Becoming environmentally sensitive when choosing light bulbs involves both energy consumption and toxic waste considerations. we must be responsible in multiple ways.

Getting Through a Power Outage
Power outages are inconvenient, and can last for some time, depending on the cause. There are some things you can do to make life easier.

We have to be aware of the possibilities.

You highlighted some important facts. And books. The Sixth Extinction is now on my list of books to buy/read. 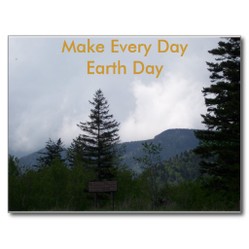 Trees can impact the environment, and in a positive way. Planting trees and preserving those that are already there can be a start at reversing global warming.
84%  10   8 evelynsaenz
Global Warming