While there is no dress code followed on Saint Patrick’s Day, be prepared to get pinched if you are not dressed in green.

When you look around on this beautiful event of Saint Patrick’s Day, you find that the world has turned green. While it is appreciated that your every small step in order to save this planet and environmental friendly act is helping the world in some way to stay green, it is interesting to know why this festival was chosen to be celebrated in the green colour from the spectrum of light and not any other from the rainbow of seven key colours.

As the Irish say in Ireland -

Why Green Celebrations are the Norm of the Day?

On Saint Patrick’s Day, you are accustomed of seeing many segments of the city bathed in green color and many people dressed in shades of green. Many questions might surface in your mind; why wear green to celebrate this day?

How should you Dress on Saint Paddy’s Day?

Pull out your greenest green attire, there is no restriction on which green you choose, it can be olive green, moss green, emerald green, pine green or shamrock green. Just choose an elegant dress that has some green on it. Dress up in a T-shirt with a green shamrock shining on the white background or a green skirt with a green hat and stockings displaying shamrocks.

There is absolutely no reason why the luck of Irish can’t rub off on you or a pot of gold get stalled by the mischievous leprechauns.

While most of the country wears green gear, the Catholics of Ireland dress in green whereas the Protestant choose the colour of orange. Both colours are identified as the colours of Saint Patrick’s Day.

What used to be the unlucky colour of Ireland has become symbolic to the lucky colour of green, the day the great saint died. For some reason, green was considered to be unlucky whereas royal blue was a dignified colour for the Irish. Royal blue was a colour many wanted to be the colour of Saint Patrick’s Day but it never got the love and verdict of the pagans who did not give up on the green. Green was the symbol of fertility and the reason for the birth of earth and the spring.

Royal blue still finds it place on the Irish coat of arms and represents Northern Ireland in the UK. You will find it on the background of the golden harp.

Which colour was thought to be unlucky but still chosen for Saint Patrick's Day celebration?

A recent study indicates that blue and green are the most beneficial colors for a person's health, in general and particularly for the eyes!

Why is St. Patrick's Day considered the Green Holiday?

Green is the beautiful colour of the spring, one can witness the new colour of offshoots from the tree which is pale green and the fiery orange of the many trees like maple. The colour of the foliage which is green also represents the opposition of Irish people to British invaders who were leading the Gaelic way of life. It was a symbol and strength of the Gaelic faith.

The magnificent viridescent is manifesting of spring equinox which begins on 20th March in the proximity of Saint Patrick’s Day. The lush green countryside of Ireland

Another reason could be the shamrock – the green shamrock plant was used to honour the Goddess of Ireland. The shamrock got associated to Saint Patrick’s methods for explaining Trinity to the parishioners.

Who was Saint Patrick?

Saint Patrick was the apostle of Christianity and was designated as such by the Catholic Church. Despite the popular belief that he was the patron saint of Ireland, there exists in reality two patron saints of the country – St. Patrick of course and the much forgotten Saint Brigid.

Saint Brigid also was a prominent figure and played an important role in spreading Christianity in early Irish history during the turmoil of 7th and 8th centuries. She was born Irish in County Meath and founded the first church in Ireland. The children of Ireland celebrate her memories using reeds in primary schools.

Do you like the colour of shamrock green for Saint Patrick's Day?

WriterArtist, Thank you for practical information, pretty pictures and product lines.
In particular, I admire the Celtic-knot plate, the Irish blessings and the shamrock-patterned glass candle holder.

The latter brings up a concern that I have about keeping my china-, glass- and silver-ware shining like the day that I bought them. How would I tackle possible smoke stains on the candle holder?

Yes, the claim that he was Scottish came from a man who was a great scholar of Ireland, but who knew less about Britain.

Scholars think that they can identify the area where Patrick was kept as a slave, which was near the wood of Fioch. The wood does not exist now, but the area was probably in the north west of Mayo, a county in North West Ireland. If you look at a map you will find the coastal town of Ballina. Look east of Ballina and you will see a coastal village called Belmullet. The wood of Fioch was somewhere in between these. As an area on the Atlantic coast it is windy and wet and often cold. Herding pigs near there, as Patrick did, was therefore not an easy or comfortable task.

One piece of information for you. The Irish for Patrick is Padraig, which is pronounced Porig, as the Gaelic language does not pronounce ts an ds in the middle of a word.

Don't be surprised at raiding in the British Isles, The whole area was a patchwork of feuding kingdoms at one time. There used to be a proverb, "There are three things that last, the pride of France, the treachery of England, and the war in Ireland." The last of these three seems to have finished. I shall leave it to your judgment what you think of the other two.

@frankbeswick - That's lot of historical information. I am reading St. Patrick's story as I am curious to know his origins and the reason this day is celebrated. Below mentioned information is quite new to me that he could be Welsh and that Irish used to raid in ancient days.

One fact about Patrick is that he is regarded as a saint by not only the Catholic Church, but by the Orthodox Church, as he became a recognized saint before the split between the two churches.

Secondly, there are issues about where he came from. Some mistakenly say southern Scotland, but I think this erroneous for the following reason. His father was a decurion in the Roman civil administration of Britain, but there was no Roman civil administration in Southern Scotland, for Roman authority there was military and it had faded there by the time that Patrick was born. I think that he came from South West England, probably Gloucestershire or Somerset, where civil structures survived. But be clear: he was not English, but British [Welsh] as the English tribes had not settled in England when Patrick was born. We know that the Irish were raiding in Southern Britain and Northern Gaul [France] at that period, for these rich areas were worth raiding.

@ologsinquito - All Saints are benevolent in nature, they are epitome of generosity and well ahead of their time. He was one of the saints who was instrumental in spreading values and humanity in the country of Ireland.

St. Patrick is one of my favorite Catholic saints. I believe he has a very special place in Heaven, because he showed such great love for the Irish people. 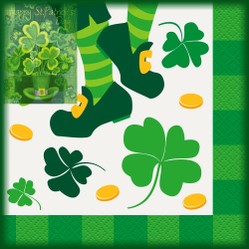 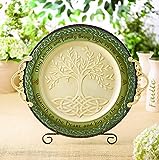 At Saint Patrick’s Day it is a tradition to dress in the colours of shamrock and dance to the tunes of Irish traditional music.
48%  5   6 WriterArtist
St. Patrick's Day History

The country of Ireland has many interesting legends and folklores, among which are the famous anecdotes of leprechauns and Saint Patrick Day facts.
Loading ...
Error!