Go Wizzley With A Double Z

Give me a W, Give me an I, Give me a Double Z, and a LEY and What do you Get? Wizzley

Here I am at Wizzley!

Ok.  I will be the first to admit that I really don't know a lot about the ins and outs of computers, internet marketing, search engines, or social media but I just have to tell you that there is something mighty suspicious about the names that are chosen for sites.

The most popular one being GOOGLE.  Just look at this word.  Two G's and 2 O's and it really doesn't make sense.  So, what does that mean?  It is something that grabs those electronic brains and makes them pay attention or what?

Then you have YAHOO - more O's!  What about SQUIDOO?  There we have another Double O and of course, Zazzle with a triple Z.  Then here comes WIZZLEY with it's Double Z's.

What does it mean?  Anything?

Have you ever thought much about the Double Letters in Google, Yahoo, and Squidoo?

What do you think it means?

This is my first and I am just playing around to learn about it.

Wow, so far I am impressed with WIZZLEY and will be returning to create more on here but for right now I am just playing around to see what it is all about and I do like what I am seeing.

My computer is about to die and has been for sometime.  After our July 2nd Freedom Fest, I am going to make a purchase of a new one and will hopefully, have more time to devote to my online endeavors.

Until then, I will learn more by reading what others have written and enjoying the new WIZZLEY neighborhood and trying to stay updated on SQUIDOO.

Think about these Double Letters and share your thoughts with me.  I may decide to change my name to OOHMEEZZ and see what happens!

Just in case you want to know more about me and what I have been up to besides trying to figure out the meaning behind the Double Letters:

Ohmeezz Newest Lenses
I love the Ten Newest Lenses and wish that everybody that had one would put the link to it on all their profiles.

A Directory of All of OHMEEZZ Lenses on Squidoo
I try real hard to keep this updated.

Just Testing Out The Image Module

This is our Bruno, 9 months old and 71 lbs posing as the Pendleton High School Mascot

Nothing Short about Wizzley!

How about if I tell you about my Avatar and my name, Ohme!

Ohme is my grandmother name given to me by my grandson.  No, I am not trying to say the German name for grandmother.  It should read as:  Ohhhhhhhhhhh  Meeeeeee!

When my grandson was learning to talk, I was due a knee replacement and had problems getting to a standing position while holding him in the rocker.  As I would struggle to rise from the chair, I would moan and say "Ohhhhhhhhh Meeeeeeeee".  My grandson started mocking me and would say "Ohhhhhhhh Meeeeee", too!  I would laugh and he would laugh.  He then started saying it everytime he saw me and it just stuck.  Now, he is 11 years old and still calls me Ohme as do all his friends.

My avatar is the Ohme Bug made out of the letters O, H, M, and E.  Do you see the letters?

Now, let's see if I can publish my first Wizzley because I am running out of things to say.

So nice to read more of your work, glad you are here at Wizzley it is so cool to have you, another word with double letters... :)K

I've met you on Squidoo before, and now you have introduced me to Wizzley! Thank you, my fellow South Carolinian. I am going to see what this Wizzley (and the catchy double letters!) are all about.

LOL! From one computer amateur to another, I have no idea why the double letters, but I do like to put dots in the O's and make Eyes (i's) LOL

Never thought of the double letter thing before. Very interesting.; Nice reading about it here.

You are a hoot Ohme! I've never thought about the double letters for sites before. Great catch! Here's another: puzzle. I must like the zzzzz's.

Fun first wizzley, and I agree with you -- there's something suspicious about the double letters. Have you noticed that statistically speaking, the O's are in the majority. OOOooooooo! Second comes Z. Could we be in Oz?

All of these double letters are might suspicious if you ask me. ~Dianne

How funny! You did what I should have done. As to all those double O's, they make an ooooh sound that you hear when people are impressed. I, too, was happy to see Bruno on board for this new venture.

Oh my! I am sEEgrEEn on Squidoo, maybe I should have kept the name with double letters! But no double z's or o's. Maybe I should become ZOOZZOO.

Reality is cruel. Black hat SEO tricks are still the most effective way to ge...

The popular definition of an Authority Site is a Site which has lots of other... 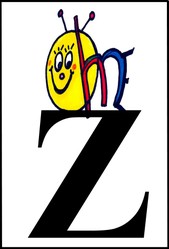 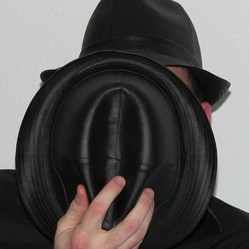 Reality is cruel. Black hat SEO tricks are still the most effective way to get top positions in results of search engines. What can (and should) we learn from black hat world?
100%  53   24 Michey
SEO Best Practices 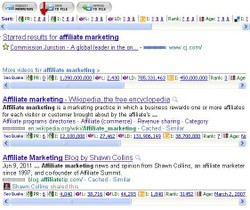 The popular definition of an Authority Site is a Site which has lots of other websites linking to it... but it is more then this...
Loading ...
Error!