Who Is Doc Hellams

Doc Hellams still enjoys treating patients in the small historic town of Pendleton, SC. Although he no longer has an active office, he still sees some of his old time patients.

Doc Jim Hellams came to Pendleton, SC in 1960 to practice medicine with his former medical college roommate, Dr. Charles Griffin. They practiced together for many years delivering babies and treating the folks of Pendleton. Doc Hellams went out on his own and continued to practice medicine until 2014 at which time he closed his part-time office at the back of the Pendleton Fire Department. That is a lot of years, a lot of patients, a lot of babies and a lot of healing but most of all to Doc it means a lot of friends.

Who Is Doc Hellams?

Doc is my sweet hubby!

Most folks just call my hubby Doc and I want you to know that even after 33 years of marriage, this man still amazes me.  He will be turning 80 years old this month and that is so hard for me to believe.  I remember when he asked my dad about us getting married because he was concerned about the 17 years age difference.  My dad was a very wise man and he answered by saying that very few people ever experienced true love and that if we can be happy for just one year, it is more than most.

Doc Hellams
Doc Hellams is my Linchpin because he has really made a difference with his life and continues to do so even at 83 years of age.

Not everyone knows this story

Many people don't believe this story and my hubby and children just roll their eyes when I tell it but I promise that it is 100% true.  When I was in the 8th grade, my parents were building what was to be their Retirement Home in Pendleton, South Carolina.  My brother and I were playing in the yard of the house which was under construction when I fell on a piece of brick and it went into my hand.  My brother went running looking for our mother and she and the builder came out to see what was going on.  I guess the builder was worried that he might be sued so he loaded all 3 of us up in his truck and we headed for the local doctor's office.  Our doctor was not in but the new doc in town was.  I had heard about him but had never met him and was a little bit afraid.  Well, he walked in the room and I melted.  I had never seen such blue eyes on anyone before.  I fell in love that very minute and that man could have sewn up my whole body for all I cared.  After getting stitches, we got back in the truck and I told my mom that I was going to marry Dr. Hellams.  Of course, she laughed but I was serious.

We moved to Scottsboro, Alabama about 7 months later leaving this newly built retirement home due to our dad being transferred.  He worked for J.P. Stevens Co as a Cost Controller and had been promoted to plant manager of a rug plant that Stevens had purchased in Scottsboro.  We enjoyed our stay in Scottsboro and I graduated high school there and then went on to Jacksonville State University in Alabama.  We made many visits back to Pendleton and I would always find out the latest about Dr. Hellams.  He had married and adopted a baby girl.  Then later I heard that they had divorced.

After graduation from college, I got a job in Greenville, SC which is where my folks were living at the time.  I was a Physical Education teacher at one of the Middle Schools but had ambitions to get back to Pendleton.  I applied for the job as the Girls Basketball Coach and PE teacher at Pendleton High School and moved back to Pendleton in 1971.  I had heard that Dr. Hellams had moved to Idaho to get his divorce but was moving back.  I told a mutual friend that I sure would love to go out with him.  Evidently, he told Dr. Hellams because he called to ask me out one day and would you believe that I already had a date for the night he asked me.  I was sick!  I had patiently waited all those years and then had to say "No"!  My friend said that I had blown it and that he probably would never ask me out again.

Meanwhile, my mother had developed Alzheimers Disease and dad wanted to get her back to more familiar territory so asked me to look for them a house in Pendleton.  The first place I looked was the neighborhood where Dr. Hellams lived and sure enough there was a house for sale that was perfect.  I told my dad and he purchased the house and moved back.  I was living in nearby Clemson but moved in with them to help with my mom.

The next summer, I was lifeguarding at Boscobel Country Club and coaching the Swim Team which his daughter and several of the neighborhood kids were on.  I would pick them up for practice and looking forward to "accidently" running into Dr. Hellams.  One day he was on the golf course and dropped by the pool.  He asked me to come down to his house for a Fish Fry.  Oh Me!  I was so excited.  That began 3 years of dating and the rest is history!  We celebrated our 33rd anniversary last month and I love him more today than I did the day he walked into the examining room.

The Years Roll By

2010 was an exciting year for my hubby as he celebrated his 50th year in Pendleton SC as a physician.  He is what used to be known as a typical country doctor and he loves what he does.  On December 29th, he was pulled down by our bulldog pup and broke his shoulder.  Many complications followed and several hospital stays.  It has not been a good 2011 so far but after 5 months of healing, we are thankful that he is getting stronger everyday.  He has gone back to work at the Anderson Co Detention Center as their medical director 2 days a week but has not been able to go back to the practice in Pendleton.  His patients really miss him and he misses them.

He hopes to be able to open a small office and continue to do what he is meant to do.  He is an amazing man and I am so proud to call him my hubby!

What a wonderful story of you and your hubby. Never know where love will find you. I am late for the party, but happy 80th anyway Doc.

Such a heart-warming tribute page to your wonderful and loving hubby. Wishing Doc continued happiness, peace and good health. And all the best as you guys continue to celebrate life together...this is priceless...stay blessed! :)

Thank you all for these wonderful Birthday wishes. I am telling him all about each of you!

Doc's birthday isn't until next week -we are just celebrating all month!

Oh, dear. It appears I'm late to the party. But do extend belated Birthday greetings from me.

Such a wonderful story Ohme. Made me smile. Happy B-day to Doc.

A lovely tribute to your hubbie. Tell him this doc wishes your doc a happy birthday.

A very Happy Birthday Doc and many more!! What a wonderful tribute to your sweetie!! 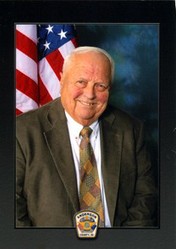 Many relationships have been destroyed by gossip. Here's how to stop it before it starts.
100%  24   11 Ragtimelil
People