Who Sings "Time After Time" on the Good Deeds Soundtrack?

If you just saw Tyler Perry's Good Deeds and are wondering who does that fabulous cover of Cyndi Lauper's Time After Time, it's jazz singer Cassandra Wilson that's been included on the Good Deeds Soundtrack List. You may have thought it was Tuck and Patti who do an equally awesome cover.

The true mark of a song with timeless appeal, Lauper's song has been covered by countless artists which according to Wikipedia range from Lisa Hartman (Knot's Landing), Nana Mouskouri, Everything But the Girl to Matchbox Twenty.

I've culled though all the covers to find 5 movie and television soundtracks which use the song including Eva Cassidy (Smallville), a ratcheted up version by Quietdrive (Prom Night, John Tucker Must Die) along with a totally brutal karaoke version by Twilight's Anna Kendrick (Up In the Air) Soundtrack. Plus Cyndi Lauper's original version seems well suited to dance scenes (Strictly Ballroom & Romy & Michele's Highschool Reunion).

What's your favorite cover version of "Time After Time" or what movie or television shows do you remember the song from? Please leave your comments in the guestbook at the bottom of the page.

1. Time After Time By Cassandra Wilson

Originally released in 1999 by jazz chanteuse Cassandra Wilson, "Time After Time" is one of the featured tracks on Wilson's Miles Davis inspired album Traveling Miles. If you've fallen in love with Cassandra Wilson's voice, click on the CD cover below as you can easily pick-up one of the many used copies of the CD available on Amazon.com for less than a dime.

While you can get Cassandra's cover of "Time After Time" as an individual song download, do check out her 2009 release Closer to You: The Pop Side which is a pure delight. Besides her cover of Cyndi Lauper, her smoky vocals enchant us with Sting's "Fragile", Glen Campbell's "Witchita Lineman", Van Morrison's "Tupelo Honey" and more.

As Featured in the TV Series "Smallville"

Eva Cassidy's mellow rendition of "Time After Time" is available on the Smallville:Talon Mix Soundtrack as well as her album releases Simply Eva and Time After Time.

When Minnesota rock band Quietdrive ratchets about the song's tempo, "Time After Time" takes on a whole new meaning, adding a sense of urgency rather than melancholy especially when used in the teen movies Prom Night (2006) & John Tucker Must Die (2008) and has also been used on commercials for the WNBA.

Quietdrive's cover can also be heard on their 2006 release When All That's Left is You available as an individual song or album download from Amazon.com or iTunes.

In this Australian dance movie, Strictly Ballroom which is as endearing as Dirty Dancing, Cyndi Lauper's "Time After Time" plays a pivotal role much like "I've Had the Time of My Life" in Patrick Swayze's romantic dance movie.

The best dance trio performance ever to "Time After Time" with the hilarious Lisa Kudrow (Friends), Mira Sorvino (Mighty Aphrodite) and Alan Cummings (The Good Wife). Although two soundtracks were released for the movie, you won't find Cyndi Lauper's "Time After Time" on either album. However, Lauper's classic version is available as an individual download and on her greatest hits CD.

6. The Worst Cover of "Time After Time"

Anna Kendrick in Up in the Air

In Up in the Air, released in 2009, Twilight's Anna Kendrick (50/50) distraught over a break-up with her steady boyfriend tags along with George Clooney as Ryan Bingham (The Descendants) & Vera Famiga as Alex for a raucous night of partying and finds herself singing the worst warbly rendition of "Time After Time".

Bad news for Kendrick, her terrible future as a singer is nullified as director Jason Reitman has forever immortalized her brutal karaoke version as the final cut on the Up In the Air Official Motion Picture Soundtrack.

You May Also Enjoy the Good Deeds Soundtrack

If you enjoyed Cassandra Wilson's cover of "Time After Time", you may also enjoy Patti Austin's cover of Des'ree's "You Gotta Be" featured in the movie trailer to Good Deeds. Click here to find out more about the rest of the songs on Tyler Perry's Good Deeds Soundtrack.

Haven't yet seen Good Deeds? This Tyler Perry movie is a big step for the venerable funny man as Perry has to lay his emotions bare without the makeup or dress of Madea and he has some terrific co-stars to help him including two leading ladies: Thandie Newton & Gabrielle Union along with Rebecca Romijn, Phylicia Rashad, Eddie Cibrian & Brian White.

That takes me back to the 80s! Great song, and good to hear it covered. I'm rather fond of the original.

Robert Pattison and Kristen Stewart swoon over each other in this human meets... 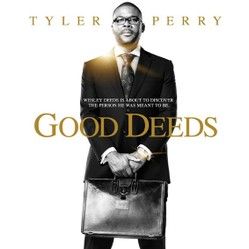 A gripping little movie about temptation and fidelity in a loving relationship, from writer-director Massy Tadjedin. Wonderful acting from all the leads. Very few spoilers.
96%  16   8 JoHarrington
Romance 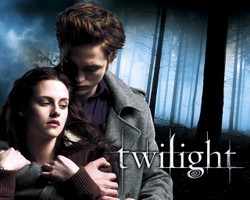 Robert Pattison and Kristen Stewart swoon over each other in this human meets vampire High School romance. It's one of the most successful vampire movies of all time.
Loading ...
Error!