Who is Marc Streitenfeld?

Wondering about the man behind the music for the score to The Grey Soundtrack? Composer Marc Streitenfeld's association with actor Liam Neeson hails back to his first composing gig for Ridley Scott on The Kingdom of Heaven in 2006.

Since then, German composer Marc Streitenfeld has been Ridley Scott's primary composer for the past six years as well as actress Julie Delpy's domestic partner with whom he has a son.

Although Streitenfeld was born in Munich, he moved to L.A. at 19 to jump start his film career which began with Hans Zimmer. As far as awards, Streitenfeld was nominated for a BAFTA for American Gangster and was lauded as "Discovery of the Year" in 2008 at the World Soundtrack Awards in Belgium.

It seems that many composers first get their scoring chops working in some capacity for prolific composer, Hans Zimmer and Marc Streitenfeld is no exception having had his start as one of Zimmer's musical assistants.

Streitenfeld then worked in various capacities as an assistant composer, technical score advisor and music editor for various film projects such as Gladiator, Mission Impossible II, Hannibal and The Last Samurai.

A pivotal project for Streitenfeld was working as music supervisor for Ridley Scott on Kingdom of Heaven starring Orlando Bloom & Liam Neeson. With the backing of veteran director Ridley Scott, Marc's first movie as the primary composer was A Good Year in 2006. Since then Scott has been loyal to Streitenfeld, engaging the composer to work on each of his subsequent projects including American Gangster, Body Of Lies & Robin Hood.

Prior to the release of Ridley Scott's 2012 blockbuster, Prometheus, Streitenfeld has kept busy working with two other directors: Joe Carnahan on The Grey Soundtrack released in the U.S. January 2012 and with director Jake Scott on Welcome to the Rileys released October 2010 starring James Gandolfini & Kristin Stewart.

Marc Streitenfeld is, in effect, Julie Delpy's "baby daddy". The two have been dating since 2007 and have a son named Leo according to an article in People Magazine.

French actress Julie Delpy first caught our attention back in the 90s when she starred with Ethan Hawke in the charming romance Before Sunrise which both actors reprised their roles for the follow-up sequel Before Sunset.

Other memorable roles when Delpy was a young ingenue was the little known heartbreak movie with a twist The Voyager co-starring Sam Shepard and a lead role in Three Colors: White.

You mention a few movies I like to see someday . . .

You're the First, the Last, My Everything Heats Up Tim Burton's Gothic Romance 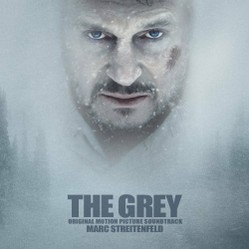 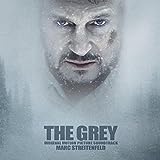 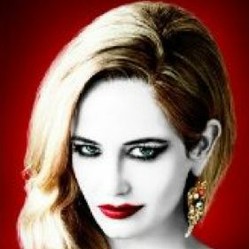 You're the First, the Last, My Everything Heats Up Tim Burton's Gothic Romance
Loading ...
Error!