From singing on the Hunger Games Soundtrack to marrying a bonafide Hollywood starlet, 2012 is an exciting year for the collaborators of the song "Learn Me Right" from the Brave O.S.T. UK musical sensations Mumford & Sons were asked by Disney/Pixar to compose an original song that would convey the spirit of a young, independent, feisty heroine. Typically, the band sings their own songs, but for Brave, they chose Birdy to sing lead vocals with Mumford and Sons singing backing vocals.

"Learn Me Right" by Mumford & Sons With Birdy

In this interview, Mumford & Sons lead singer, Marcus Mumford talks about being wooed by Pixar Studios to write and perform a song for the movie "Brave" which started with a trip to California to tour the studios.

Being admirers of Pixar's stellar track record and films, Mumford & Sons saw no reason not to say "yes" to the opportunity. With the movie featuring a strong female lead, the UK band turned to young teen sensation, Birdy, to do vocals while the band provided harmonies and musical backing.

Who Are Mumford & Sons?

If this is the first you've heard of Mumford & Sons from the Brave Movie, you're in for a treat. This award winning band made a big splash from 2011-2012 scooping up Billboard Music Awards, Brit Awards, Grammy Awards, MTV Video awards and have chart topping success internationally making them a natural fit for a Disney Pixar release.

Although they've released EPs and singles, Mumford and Sons only have one official album under their belt titled Sigh No More which according to Wikipedia garnered five singles starting with "Little Lion Man", "Winter Winds" "The Cave", Roll Away Your Stone" and "White Blank Page" which were released between 2009-2010.

Even though Birdy only recently turned 16, in this on set interview where she's sporting a full set of metal braces, she adorably gushes on how she's a big fan of Pixar movies and how Mumford & Sons put her immediately at ease when it came to recording "Learn Me Right".

"Just a Game" From the Hunger Games O.S.T.

Birdy's claim to fame is having won a singing competition in the U.K. called Open Mike U.K. in 2008 when she was only 12.

2012 is a breakout year for Birdy, hoping for greater recognition in the U.S. with the release of "Just a Game" which is one of the songs on The Hunger Games Soundtrack and then working with Disney/Pixar and Mumford & Sons on Brave.

According to Wikipedia, although Birdy's first studio album released in November 2011 has been certified Gold in the UK and the Netherlands and has cracked the Top 100 album sales in the U.S., none of her singles have charted in the States.

If you love Birdy's voice, check out her self-titled debut album and look for the deluxe release which includes 14 tracks including the singles "Skinny Love", "Shelter", "People Help the People" and "1901".

What Did You Think of the Song "Learn Me Right" From Brave? 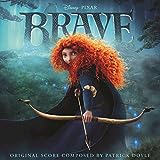