The types of horror that Gothic novels typically used is traced with reference to three famous novels - "The Castle of Otranto", "The Mysteries of Udolpho" and "Frankenstein".

The typical gothic novel was popular between 1765 and 1825 and typically contained horror and a “central character in peril” with a foreign or historical setting providing a backdrop for supernatural events and frightening situations. As Mary Shelley said in her introduction to “Frankenstein”, she aimed to speak to the “mysterious fears of our nature and awaken thrilling horror”. The Gothic novels allowed the reader to experience emotions of fear and horror at the safe distance of literature. 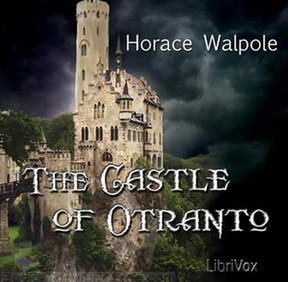 Horace Walpole’s  1764 “The Castle of Otranto” is generally regarded as the first true gothic romance and combines Gothic supernaturalism (Conrad being killed by a giant helmet falling on top of him, ancient prophecy, walking portraits etc) with what are meant to be “believable” characters and  situations. 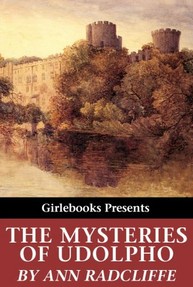 Ann Radcliffe’s 1794 “The Mysteries of Udolpho” indulged the current trend for thrilling the reader with all sorts of supernatural horror whilst later explaining the natural causes of these seemingly supernatural phenomena.  This book was famously parodied by Jane Austen in “Northanger Abbey”. 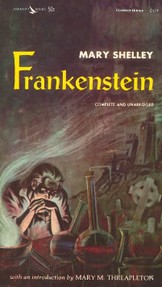 “Frankenstein”, a later Gothic novel,  was written by Mary Shelley in 1818 after a nightmare caused by taking part in a small ghost story competition organised by Lord Byron in the Swiss Alps.  She makes use of many Gothic elements such a graveyards and storms – even though she specifically states that the mind should not be impressed by supernatural horrors and that a churchyard “was merely the receptacle of bodies deprived of life”.

Use of Foreign or Historical Settings

One prominent feature of gothic novels is the use of foreign or historical settings which can transport the reader out of the realm of normal existence into an unfamiliar realm where unusual and frightening events can occur. As Mary Shelley says in “Frankenstein”:
“Were we among the tamer scenes of nature I might fear to encounter your unbelief, perhaps your ridicule; but many things will appear possible in these wild and mysterious regions”.

Similarly, the historical setting of Ann Radcliffe’s 1794 “The Mysteries of Udolpho” within “the darkest ages of Christianity” – not to mention the foreign setting amongst the “darkest horrors” of the Appenine mountains" - transports the reader into a world where a “thousand nameless terrors” can terrify a heroine trapped in a haunted castle with an increasingly villainous Montoni.

The elements of horror in Gothic novels fall into two main categories: the machinery and the element of human fear.

Gothic novels are full of all sorts of elements associated with fear – open graves, isolated dark rooms, vaults and supernatural occurrences such as ghosts, giant helmets and moving portraits.

Over and above the fear that such things arouses in the characters, the element of human fear is often heightened by the characters being trapped in a terrifying situation. This is often one from which they cannot escape (as in “Frankenstein”) or that of the persecuted maiden – as in “Udolpho” and, briefly, in “Otranto”.

Note: as Susan Hill's book illustrates, this theme of the central character in danger is still made use of in modern horror stories.

Links to the Everyday World

It is interesting that “Otranto”, which makes the most use of supernatural events, is actually less frightening than the other two novels. This is partly because there are so many small incidents of horror placed one after the other than no one incident has much effect. The reader, like Manfred, becomes “almost hardened to preternatural appearances”.

The other reason that “Frankenstein” and “Udolpho” are more frightening is due to their relation to real life. By starting the novels in a believable, everyday world and only gradually drawing the reader into a world of supernatural horror, the novels become more believable – and therefore more frightening. This everyday world acts as a framework of normality around the Gothic elements.

“Frankenstein” is also made more believable by the fact that the main supernatural element is related in a very matter-of-fact unsensational way – for example, the monster’s gradually awakened consciousness is described in natural human terms and it is men who are denounced by Elizabeth as “monsters thirsting for each other’s blood”.

In “Udolpho”, the continual assumption that the supernatural elements will have a rational explanation – “time ... may explain” – renders these elements more believable.

In “Otranto”, the rages of Manfred and the blind desire of the various characters to enjoy the subterranean caves are all part of an improbable world and are of little psychological interest.
In “Udolpho”, Emily’s extreme mental states are those induced by fear and horror and they do contribute to the interest of the novel by heightening the reader’s interest in her sufferings.

It is “Frankenstein”, however, that contains the most interesting study of extreme mental states. The results of continual solitude and midnight labours are traced in the nervous fever that racks Frankenstein’s body once the “unnatural stimulus” ceases. The novel also traces the effects that guilt has upon the individual when they cannot alleviate it by confiding in someone – “I bore a hell within me which nothing could extinguish” and the monster haunts him as the “frightful fiend” of his own guilt.

“I knew that I possessed no money, no friends, no kind of property. I was, besides, endued with a figure hideously deformed and loathsome; I was not even of the same nature as men. ...Was I then a monster, a blot upon the earth, from which all men fled, and whom all men disowned?”

When the monster murders Elizabeth and Clerval, Mary Shelley makes the reader realise that misery and neglect will turn even virtuous people into vice – “misery made me a fiend”. The monster’s guilt then increases until he finds an outlet for it in revenge. Once revenge becomes “the devouring and only passion of my soul” he loses his sanity.

When I was young I loved horror and like Brenda, Edgar Allen Poe was a favorite. Now I avoid it mostly.

Love the article. I haven't read any of these, but I have read much of Edgar Allen Poe. Those stories are really frightening. I wonder what it is about the human psyche that makes us want to indulge in these stories.