A look at the roots of rock music and the songs of the 60’s.

The decade of the 1960’s presented social and political changes that had never been seen before. In addition to this, the music and the songs of the 60’s, which are still today considered as the top songs of rock, changed the direction of popular music and Americana as a whole.

This decade forever changed America, and it was the young generation, or Baby Boomers that made it happen. After World War II, there was a dramatic increase in the population. An entire generation of young men had returned to the United States and found that the entire country had been transformed from the economically depressed area they once had left, to an economic goliath. Many of them used their G.I Bills to get an education and the country was flushed with new jobs. Couples were able to settle down and start a family, which they did in astonishing numbers.

The U.K and Europe - Beat Music

In the late 1950s, a flourishing culture of groups began to emerge, often out of the declining skiffle scene, in major urban centres in the UK. Manchester, Birmingham, London and - ahead of all - Liverpool, where it has been estimated that there were around 350 different bands active, often playing ballrooms, concert halls and clubs.

Beat bands were heavily influenced by American bands of the era, such as Buddy Holly and the Crickets (from which group The Beatles derived their name), as well as earlier British groups such as The Shadows. After the national success of the Beatles in Britain in 1962, a number of Liverpool performers were able to follow them into the charts with some famous songs of the 60’s, including Gerry & The Pacemakers, The Searchers, and Cilla Black. Among the most successful beat acts from Birmingham were The Spencer Davis Group and The Moody Blues.

From London, the term Tottenham Sound was largely based around The Dave Clark Five, but other London bands that benefited from the beat boom of this era included the Rolling Stones and The Yardbirds. The first non-Liverpool band to break through in the UK, were Freddie and the Dreamers, who were based in Manchester, as were Herman's Hermits and The Kinks. The beat movement provided most of the bands responsible for the British invasion of the American pop charts in the period after 1964, and furnished the model for many important developments in pop and rock music – creating some of the top songs of rock ever composed.

Psychedelic music's LSD-inspired vibe began in the folk scene, with the New York-based Holy Modal Rounders using the term in their 1964 recording of "Hesitation Blues”. The first group to advertise themselves as psychedelic rock were the 13th Floor Elevators from Texas, at the end of 1965; producing an album that made their direction clear, with The Psychedelic Sounds of the 13th Floor Elevators the following year.

Psychedelic rock particularly took off in California's emerging 60 music scene as groups followed the Byrds from folk to folk rock in 1965. The Los Angeles-based group The Doors formed in 1965 after a chance meeting on Venice Beach. Although its charismatic lead singer Jim Morrison died in 1971, the band's popularity has endured to this day – their numerous top songs of rock being absolute evergreens. The psychedelic life style had already developed in San Francisco since about 1964, and particularly prominent products of the scene were The Grateful Dead, Country Joe and the Fish, The Great Society and Jefferson Airplane, who produces some of the greatest songs of the 60’s. The Byrds rapidly progressed from purely folk rock in 1966 with their single "Eight Miles High", widely taken to be a reference to drug use.

Psychedelic rock reached its apogee in the last years of the decade. In America the Summer of Love was prefaced by the Human Be-In event and reached its peak at the Monterey Pop Festival; the later helping to make major American stars of Jimi Hendrix and The Who, whose single "I Can See for Miles" delved into psychedelic territory. Key recordings included Jefferson Airplane's Surrealistic Pillow and The Doors' Strange Days. These trends climaxed in the 1969 Woodstock festival, which saw performances by most of the major psychedelic acts, bringing on some of the top songs of rock ever performed. By the end of the decade psychedelic rock was in retreat. The Jimi Hendrix Experience broke up before the end of the decade and many surviving acts, moved away from psychedelia into more back-to-basics "roots rock", the wider experimentation of progressive rock, or riff laden. Never the less, these songs of the 60’s are still today probably the top songs of rock and stand for a musical era that changed the world.

I enjoyed this article :)). Learning about the rock of the 1960s is always a pleasure!

I love the music from this time period. A great tribute to the greats and what no doubt is the greatest evolution in the history of music. Long live rock! 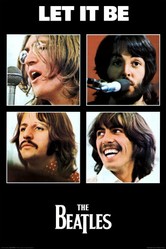 Beatlemania is alive and well read amazing Beatles facts, buy great posters and t-shirts plus music and information on the Beatles can be found here.
100%  11   12 DavidPaulWagner
Classical