You can wander along Hollywood Boulevard, like I did, and you'll see plenty of stars, but armed with these five tips, you'll make your L.A. visit much more enjoyable!

Walk of Fame is long

Depending on your fitness level, you might not want to walk the whole thing.

The Walk of Fame is 1.3 miles long and runs east to west on Hollywood Boulevard, between North Gower Street and North LaBrea Avenue as well as a small section on Marshfield Way. More than 2,500 stars run along both sides of the street, with plenty of room for more stars. Shops of all kinds and in all states of repair line the boulevard, so there’s plenty to see and do.

Don’t forget as you are walking along with your head down to see the starts to look up from time to time so you don’t run into someone coming from the other direction!

We wandered, but next time, we’ll make a list.

Look up your favorite stars online before you get to the Walk of Fame. We finally searched for “Where is Robin Williams’ star?” and found we were still about six blocks away. (His star is at 6925 Hollywood Blvd.) It was already late, so we had to leave without seeing it.

Mostly we just wandered along the street looking at whatever stars we came across. Many of the names were radio personalities and were unfamiliar to us. I kept stopping to tell my daughter about old TV and movie stars, many from a much-earlier era, like Lucille Ball and Desi Arnez and the Smothers Brothers.  She was most impressed with Grace Kelly once I told her how Grace Kelly was an actress until she married Prince Rainier III and became Princess of Monaco.

Do both ends of the boulevard.

We followed the GPS to Hollywood Boulevard, which took us to the North Gower Street side of the Walk of Fame. This was not necessarily the best side of the Walk. One of the many tour operators along the street mentioned that we might like to see the Chinese Theatre. (Why yes we would!) So at the other end from where we were was the TCL Chinese Theatre, which used to be known as Grauman’s Chinese Theatre and includes the handprints of many stars. It’s still a working cinema and IMAX and a sought-after location for red carpet movie premieres.

We hopped in the car to take a look and drove slowly down the street. A huge crowd was gathered at the Chinese Theatre. In fact, that whole section of Hollywood Boulevard was busy with tourists going to the Ghirardelli shop, the Hollywood Wax Museum, the Disney Soda Fountain and Studio Store and more.

If we had known how hip and bustling that end of the boulevard was, we would have headed in that direction much earlier.

Parking is really not so bad

Yes, there’s tons of cars, but it doesn’t have to get you down.

We saw it by accident, but we’re telling you now so you don’t miss it.

When you get to the corner of Hollywood Boulevard and North Gower Street, look north and you’ll see the famous Hollywood sign on Mt. Lee. It’s quite a ways off, but it’s definitely there, and that corner is your best bet for a decent picture from Hollywood Boulevard.

My daughter and I walked about a quarter mile up North Gower Street in the hot sun to see if we could get a better picture, but no luck. Unless you want to get in your car and drive, just shoot the photo from there.

You’ll find it’s difficult to get a good shot of the iconic sign and it’s illegal to get too close to it anyway.

Activities One Can Enjoy on Vacation

Search travelogues and the internet for attractions and events in the place y...

Berlin is a great city to visit with kids, not least because they have a very... 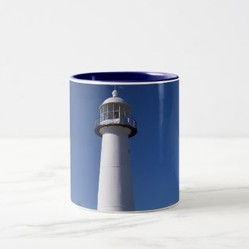 Activities One Can Enjoy on Vacation

Search travelogues and the internet for attractions and events in the place you are about to visit. There are some ideas here to look for, including day trips from a base city.
0%  0   0 LazyBoy
Tourist Attractions 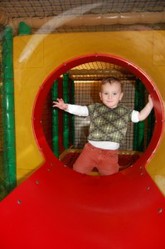 Berlin is a great city to visit with kids, not least because they have a very civilized invention, the Kindercafe, where kids can play and parents can talk.
Loading ...
Error!