How Working Together Can Stretch Household Budgets

Pack shopping, allotments, whole posses cutting out coupons. Discover ways in which communities can act together to increase the household budget of all.

There's a tendency, when the economic bad times hit, for families to hunker down alone; each household trying to make its budget stretch further by cutting itself off from the community.

After all, if there's little coming in, then there's nothing there to share. But this is totally the wrong way to approach things.

By banding together with friends and neighbors, everyone would end up that little bit richer. At least in terms of the materials, food and other stock coming into the house. All it takes is homemaker planning of military precision, with your troops all playing their part.

Digging for Victory in Allotments and Back Gardens

If everyone donates just a little bit of land, or labour, then all of the households involved get plenty of fresh produce, free of charge!

Just recently I was watching a documentary about the Great War. There was a segment about how Britons found their food imports being much disrupted, leaving half the country in danger of imminent starvation.

The British responded by taking to the allotments in their droves. It became quite the fashion, though a necessary one at that, whereas before it was only hobbyists who kept vegetable gardens.

Suddenly every inner city waste-ground was sprouting carrots, potatoes, beans and leeks. Every spare strip of land might contain a row of onions; grass verges erupted with columns of peas; and lawns were lost under the weight of wheat and barley.

I had to laugh. I didn't have to look into history to witness such community enterprises in action. I trip over enough bags of it in my own kitchen.

My Dad has loved playing bowls since before I was born. He competes in league fixtures with his Crown Bowling team, and jumps into the occasional tournament too. When he's not playing, he's peering across the green, making marks on the score-sheet.

Or else he turns around and does a little bit of gardening.

The entire bowling team have co-opted a long, otherwise unruly, patch of land between the lawn and the fence. They've transformed it into an ad-hoc allotment. Whoever is playing that day pauses between turns to do some weeding, or grabs the hose-pipe to water the vegetables.

What started with one of them planting a few surplus potato seeds has now turned into a veritable cornucopia of groceries.

For such a small patch, it's surprisingly fertile. During certain seasons, I'm forever opening the door to find a random man handing me a bursting carrier bag of beans, or sprouts, or marrows. He will be one of the bowlers. This is my Dad's share of whatever just matured enough to harvest.

There's too much for us!  Even with several bags frozen for future use, we end up giving away clutches of vegetables to whoever knocks the door.

Yet no one person is doing too much work, nor paying too much outlay.  Most of the seeds have been donated, or stored from last time, or brought in from someone's own garden. They just all do a little bit and everyone reaps the benefits.

Have you got a communal strip of land like that, and a group of friends to keep it tended? How about a corner of your garden?  If each of you just gave up a few square feet, then parceled out the growing between you, then you could swop and exchange the produce.

Even if you haven't access to land for turning into an allotment, many vegetables grow in pots. Just each join forces to transform windowsills, window-baskets, balconies and rooftops into mini-allotments, and none of you will need to buy vegetables all season long.

Guides to Creating your own Allotment

Community gardens mean that household budgets stretch further, because you don't have to buy so much food!

Bulk Buying Products is Much Cheaper

Learn why here, before discovering how this is a tactic that many can choose to extend their buying power.

How Buying in Bulk Can Save You Money
It's said that money begets money, because the rich can afford to buy goods in bulk quantities. That's a huge tip right there.

Making great savings through buying in bulk is even better if you can assemble a circle of friends, all with an eye for a bargain.

As long as supermarkets and other retail stores are in competition with each other, there will be gimmicks to lure shoppers through the doors.

These generally take the form of special offers or limited purchases. You know the sort of thing. For today only, pop in store to pick up your washing powder for half price!  Buy ten bottles of bleach and we'll throw in a stuffed giraffe for free! Get your apples here!  We're giving them away with any other purchase made in store!

Not a lot has changed since Carter USM released Shopper's Paradise in 1991. However, we can use this to our advantage.

The trick is to hunt in packs. Form a gang of people who all habitually shop in different stores, or on alternative days. Let everyone be aware of particular wants, needs or favorite luxuries enjoyed by each household represented. Then furnish all with mobile phone numbers.

As each individual embarks upon their weekly shop, they will be confronted with those special offers.  A quick text message to the group will bring in the orders - 'Yes! Get me twenty pot noodles for the price of two, please!' or 'Yes, I will go halves with you on that buy one, get one free, multi-mega carton of washing powder!' or even 'Yes, get the massive catering size tin of coffee, 25% off in the store today, and we'll all refill our jar from it.'

This isn't charity. Everyone pays for what the others bring back, but probably at only a fraction of their usual costs.

Each store's promotions became available to all in your pool of shoppers, but with no-one needing to waste time or fuel trailing around all outlets. Naturally cheaper bulk bought goods get shared across the households and everyone's budget is that little bit bigger accordingly.

Grab more cheaper shopping tips for you and your team to exploit to the utmost!

Cutting out coupons and keeping tabs on all that you have can be very time-consuming, but not if you have a gang of you doing it.

I sat enthralled over the Christmas break, my attention firmly held by the scenes playing out on the television.

It was a reality show entitled Extreme Couponing, which I understand is quite popular in the US, but I'd not seen it before in Britain.

I watched as household shoppers sat for hours cutting out coupons, then playing one deal off another to bring their grocery bills down to zero. Yet their baskets and trolleys were filled to overflowing.

That kind of patient thriftiness was impressive enough, but then it was demonstrated what happened when couponing groups were formed.

Suddenly there were many more coupons in the pot, plenty more hands to cut them out, and lots of minds focused upon the strategy of putting them all together to find the best deals.

These were people who organized their shopping expeditions like they were military maneuvers. Marching out en masse to share the carrying of massive bulk buy purchases, or take advantage of coupons which stated 'one per household', alongside another promising, say, 10% of the whole.

They read the small-print and worked together to squeeze every last advantage from each coupon. They swop coupons if one household would get more value than another.

Group couponing increases your purchasing power in myriad ways. It is, after all, the basis behind sites like Groupon!

Learn How to Save Money on your Grocery Bills with Couponing

Join with friends to take the stress out of couponing tactics, and make even more savings during your weekly shop.

Sharing Household Expenses with your Neighbors

Once you've made these purchases, or harvested your allotments, there are further ways to cut costs in your household.

There's much to be said for pooling pantries to create cheaper meals for everyone.

My auntie halved her grocery bills for years by agreeing to cook her brother's meals too. He lived just a few doors away. They each paid into a mutual kitty for food, then she cooked for both households. It wasn't any extra work, as she merely served up an extra plate of whatever she'd be eating anyway.

If everyone in your group contributes ingredients, then this could be done on an even bigger scale. An oven heated for one casserole will just as easily cook two.  A pot bubbling with stew uses the same amount of gas or electricity, whether that pot is small or large.

You could all take it in turns to cook for two or more households at once, with combined savings all round.  Now that's what I call a community working together for efficient domestic budgeting!

Frank - Nice one, and I'd be happy to link up anything relevant there. Edit: Actually, I just added in a feed from the Sustainable Living section on Wizzley. Job done!

WordChazer - I see the Good Life kicking in there. I can give or take carrots, but the rest I'd happily nom upon.

This was such an interesting article! Loved the comments, too! Pinning it onto our common Wizzley board :-) Also onto one of my Health and Nutrition boards. Cheers! :)
P.S. Also pinned some of the books. Great idea to include them. :)

I will look at what I I have,Jo, but you have given me something to think about. I might write something that fits the theme.

I'm a rhubarb head too, don't worry about that...my ideal garden would have rhubarb, courgettes, potatoes, carrots, cauliflower and broccoli in it. Maybe I should clear out the big urns this year and instead of getting bedding plants, try to grow veg in them instead.

I've got a big thing about rhubarb. I love rhubarb. Make it be rhubarb and consider me on the road hunting you down.

Any time you fancy paying us a visit, I promise to cook you some great food. Unfortuately the rhubarb and apple-providing colleagues are from my previous job but I'm sure I can make up something similar ;-) I'm not the world's greatest cook either but I enjoy trying.

I do love the idea of communal cooking. I'd contribute more in the way of ingredients though, as I'm not the world's greatest cook. Though i could knock up a credible bread pudding.

Your apple and rhubarb crumble sounds delicious. Do save me a bit next time please. I'm sure it won't get too battered in the post.

Anything grown in the garden/allotment tastes better than in the supermarket. They add a layer of wax to keep their produce looking fresh.

Oh, I forgot to mention the superior taste of everything and anything organically produced. Too bad it costs twice as much in the supermarkets here!

How Buying in Bulk Can Save You Money

It's said that money begets money, because the rich can afford to buy goods i...

Family Finances: What are Things I Can Do to Save Money?

Follow these smart money saving ideas to help you keep more money in your poc... 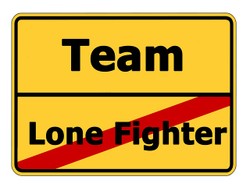 Allotment Handbook: The Beginners' Guide to Growing Crops in a...
100%  28   12 JoHarrington
Budgeting 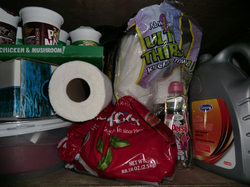 How Buying in Bulk Can Save You Money

It's said that money begets money, because the rich can afford to buy goods in bulk quantities. That's a huge tip right there.
96%  15   8 AbbyFitz
Budgeting 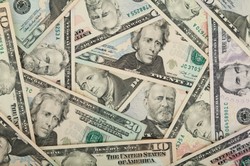 Family Finances: What are Things I Can Do to Save Money?