How To Be Hot By Halloween

Here's a challenge for all the curvy girls who want to feel more confident this Halloween: Melt the fat away and get hot by Halloween.

Whether you have five, ten, fifteen, fifty pounds or more to lose, this challenge will help you get in better shape by Halloween. Jump in and join the challenge any time. No matter your fitness level, there is help for you. The benefits go beyond losing weight. It's about who you will become in the process. It takes dedication and perseverance. It's about getting stronger and healthier, not just skinnier.

This plan includes 90 days of cardio and strength training. Android apps and YouTube videos are provided as a guide. Feel free to adjust the program to fit your needs. If you miss a day here or there, don't beat yourself up over it. Get back in the game as soon as possible!

Are you ready? Let's get started!

Before You Get Started

Here are some things you should know and do before getting started with this challenge.

Things you should know: I am not a personal trainer, physician, or other licensed healthcare professional. This is my own plan to get hot by Halloween, and I hope you will join me. You should always consult a physician before starting any weight loss or exercise regimen.

This plan will start out slow for those who have not exercised in a long time. View the workouts for each day and decide what will be your day 1. The calendar actually continues past the goal date, so you can just keep going!

Things you should do:

How Much Weight Are You Challenging Yourself to Lose?

If you don't have a goal, you'll never get there!

Keep track of how many days are left in the challenge.

These fantastic, apps will help us reach our fitness goals! Get $1 in Amazon MP3 credit with qualifying app purchase.

The plan I have mapped out includes these fantastic and free workouts!

How Many Clothes Sizes Do You Want to Drop?

Sometimes this is a better measurement than what we see on the scale.

Get Your Costume When You Get Close To Your Goal

It will motivate you to keep on pushing!

If You Start to Falter

Here are some inspirational quotes to help get you through those days you just don't feel like it...

"You've got to say, I think that if I keep working at this and want it badly enough I can have it. It's called perseverance." ~ Lee Iacocca

"Make the decision, then do something - no matter how small - toward accomplishing what you want." ~ Author unknown

"I may not be there yet, but I'm closer than I was yesterday" ~ Author Unknown

"The secret of getting ahead is getting started." ~ Mark Twain

"It's not who you are that holds you back, it's who you think you're not." ~ Anonymous

"Much may be done in those little shreds and patches of time which every day produces; and which most men throw away." ~ Charles Caleb Colton

"Ability is what you're capable of doing. Motivation determines what you do. Attitude determines how well you do it." ~ Lou Holtz

"Motivation is what gets you started. Habit is what keeps you going." ~ Jim Rohn

"It's never too late to become what you might have been.>" ~ George Elliot

"Only those who risk going to far can possibly find out how far one can go." ~ T.S. Eliot

"There's no easy way out. If there were, I would have bought it. And believe me, it would be one of my favorite things!"
~ Oprah Winfrey

Are You Going to Get Hot By Halloween With Me?

Fabulous article! I am reading it whilst eating a bag of licorice allsorts and drinking rum and coke - but after all it is Friday! I find this motivating - thank you!

There are YouTube videos for everyone out there, but I never considered the apps as well. Of course! Great ideas!

Love the creativity with the article .....with the way you included the Apps and Halloween costumes.....workout videos too! I think I will just go ahead and say I am already hot before Spring. Ha.. Not too confident that I will do much different than I have done over the past few years. Eat fruity pebbles at 10 or 11PM after everyone is in the bed and I am up writing. Looking like I will wait until next year to work on it. Again.

Good for you! I've got more shrinking to do, too.

Love the free online work outs. There is no excuse with all these free videos to choose from everyone is sure to find a work out or two they like and that works for them. What a great idea. I'm currently working on getting hot by spring :)K 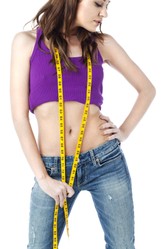 Conventional Wisdom About Migraines Is Changingon 07/08/2014 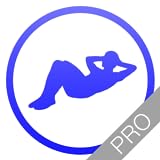 Twenty tips on how to cheat hunger and lose weight for people who spend too much time behind a computer; brief explanations as to why these tricks work, and some meal suggestions.
100%  22   11 happynutritionist
Weight Loss 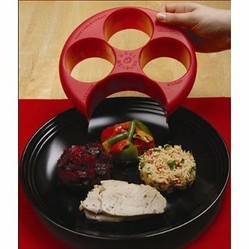 Meal Measure and other portion control dishes make losing weight easy as long as you eat the amounts allowed. Here are several dishes and tools to control portions.
Loading ...
Error!