How to Groom the Angora Rabbit

Angora rabbits are not a low maintenance pet like most rabbits. They absolutely, positively, must be groomed regularly.

Angora rabbits are one of the sweetest animals you can have for a pet. Rabbits overall are easy keepers, requiring less care than many other pets. Angora rabbits have one major requirement that most other rabbits do not have and that is grooming. It’s a requirement that is absolutely necessary as the fine fur on the rabbit can mat easily, pulling the skin and causing discomfort for the animal. In addition, angora is one of the most luxurious fibers available for both spinning and felting. It is a shame to waste it as an unsightly mat. There are several other breeds of rabbits that also have long hair, but none as long as the angora.

To groom your rabbit, you will need a brush and comb, small scissors and toenail clippers. Dog or cat clippers and human toenail clippers all work. Brushes and combs made for cats are perfect for rabbits. My favorite scissors are a pair of inexpensive hair cutting scissors about 6 inches long.

Another useful thing I use is an empty coffee can with an X cut in the plastic lid. I push the fibers that I want to save down through the X and it keeps it from sticking to my hands.

Sometimes I use two, one for shorter fibers that can be felted or blended, and one for fibers to spin that should be at least 2.5 inches long. 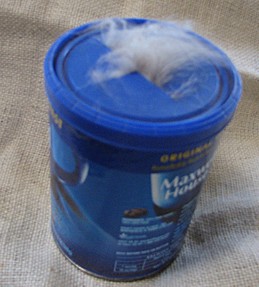 The Brushing and Combing

I use the soft, cat slicker brush to separate the hairs and take out any tangles. You can brush in both directions.  Then go over the bunny with the comb saving any good fibers. During molting season, when the rabbit is shedding, he will mat really quickly if you don’t comb him every day or so. Be sure to comb right down to the skin. To do this, comb in layers, folding back the fur already combed. 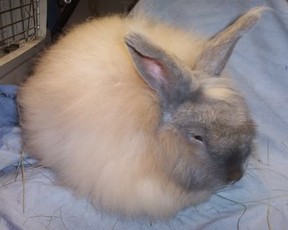 You can trim or pluck your rabbit if you are growing rabbits for fiber, or just want to keep him cool. There is a debate over which method is best.  Plucking definitely produces the finest fiber. Cutting will leave sharp edges on the hairs that can slightly reduce the quality. But some say that plucking is harder on the rabbit and causes the fleece to grow in coarser. 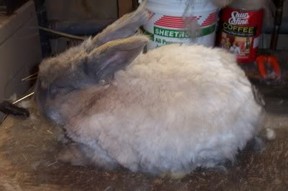 In the cold winters of New England, I would sometimes put a coat made from the sleeve of an old sweatshirt on them for a day or two since they were outdoor rabbits.This would give them some time to adapt to the cold. I wouldn't always cut them too short in the winter either. Since heat is more of a problem for rabbits, I'd cut their coat as short as possible in the summer.

If you’ve let things go too long, you may have to cut out some mats. Use sharp scissors. You’re more likely to cut skin if you’re trying to hack away with dull scissors.

Slide one blade of the scissors under the mat, flat against the rabbit’s body. Go only as far as you can see so that you won’t get skin caught in the scissors. Rabbits have very thin skin and it’s easy to catch skin by mistake. Alternately, turn the scissors so you are slicing the mat away from the rabbit’s body. After several slices, you might be able to gently pull the mat out. If he’s really in bad shape, you might just do a little at a time and give him time to rest in between sessions.

If your bunny hasn’t been taught to lie on his back in your lap and isn’t cooperating, lay him at an angle so that you can tuck his head under your elbow. Rabbits feel safer if they’re in a dark, tight place. You’ll want to do this to trim his nails too. If he has white nails, you can see the pink quick. If his nails are dark, you can’t see it so just trim a little at a time. If you should nick a nail, don’t panic. Like some other very minor cuts, it bleeds a lot but is not nearly as serious as it looks. Press some styptic powder, or even baking flour on the nail to stop the bleeding. 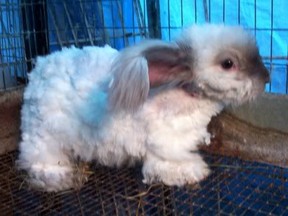 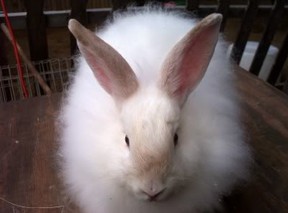 Give your bunny a final check. Do you see dandruff in the ears? He could have fur mites. Are his eyes clear and not runny? Give him a bunny treat and let him relax. And give yourself a pat on the back.

Read Up on the Angora Rabbit

Do You Have a Rabbit?

Thanks. I have given my rabbits the same stuff that they sell for cats for hairballs. Pineapple is good for them too.

I have a Dutch rabbit myself. I can't imagine the coat maintenance an Angora would need! I already worry so much about my rabbit's coat, since they can't vomit the hair balls! I was paranoid all summer long as she shed these massive tufts of fur. Anyway, GREAT article. They are such beautiful rabbits.

Good words of wisdom 2uesday. Thanks!

How to Make Homemade Toys for Your Pet Rabbit

Don't waste your money on store-bought rabbit toys. Learn how to make easy a...

Bunnies are pretty clean animals, but some basic hygiene must be done by the ... 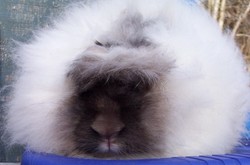 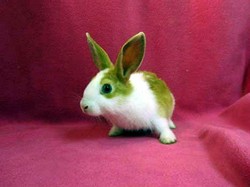 How to Make Homemade Toys for Your Pet Rabbit

Don't waste your money on store-bought rabbit toys. Learn how to make easy and cheap toys that will provide hours on entertainment.
97%  15   8 Mladen
Rabbits & Relatives 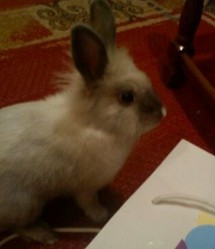 Bunnies are pretty clean animals, but some basic hygiene must be done by the owner. Learn what you as a bunny owner should do to improve his hygiene.
Loading ...
Error!