Stories and Toys to Help Preschoolers Cope with Angry Feelings

Tips for helping your preschool child cope with angry feelings

But there are some toys and stories that can be helpful preschoolers when they are feeling angry. 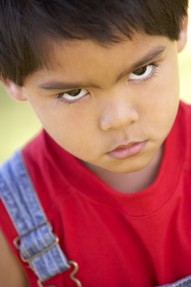 Anger is a normal feeling everyone has. Both grown ups and kids feel anger. But adults and older children have more ways to cope with angry feelings than a preschooler has. They've had more time to learn. Preschoolers are still finding out about their feelings and learning to cope with them. This can make things hard.

Life as a preschool child can be frustrating. Anger is a normal part of this. But it can overwhelm a preschooler because they're still learning how to cope with such a big feeling. Grown up ways of coping with anger don't always work with a young child. This means playful ways suited to children like toys and stories can be good to help a young child cope with angry feelings.

Stories about angry feelings can help your preschool child find out about their anger. It's important that they know it's normal to feel angry sometimes. That everyone feels angry at times.

But it's also important they know there are ways to cope with anger so it doesn't lead to other things that they might get in trouble for (like hitting their brother or sister). So it's not the feeling that is the problem it's what they do when they're angry that can be a problem.

Books are a good way to help your child to learn to recognize and label their angry feelings.

If they know they're getting angry they're better able to cope with their feelings. They can also tell others they're feeling angry if they have words to label their feelings with.

You can't talk about things you don't have words for.

This means your child needs to understand words like angry, mad and furious. Having words for emotions lets your child get some of their anger out in words rather than having to get everything out in actions.

But books are best to read when your child is calm and happy. They can be used to help your child understand their angry outbursts after they happen (or before the next one). It isn't a good idea to try and sit a child down for a story about anger when they're having a tantrum.

Drawing or Painting the Anger 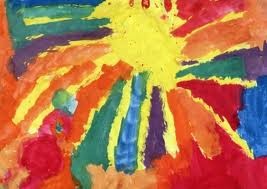 Art can be a good way to get angry feelings out. Drawing a picture is what's done most often but finger paint is also a good idea. Even for older children. Finger paints have a soothing feeling to them. They can be used in a more instinctive way than crayons or markers. (Crayons or markers can also be broken quickly by too much force being used by your angry child during drawing.)

Drawing activities or finger paints should be used before things get out of control. They should be used in an area that you can clean easily. The activity also must be supervised by an adult.

If a child is not out of control you can suggest they draw a picture of their anger or about what made them angry. Finger paints often work well for painting a picture of their feelings. Feelings often feel mixed up, uncontrolled and messy. This is easier to put on paper with finger paints than with crayons or markers.

Play doh is also another good activity. Play doh needs energy to use. It can be hit, squeezed and rolled. If it's thrown it also won't create the same sort of damage as something hard.

Sometimes a preschooler just needs to whack something sometimes.

A preschool child can have too much emotion to put into words or into art. So a toy they can hit can be handy. But if you would like to use a "hitting toy" it's best to keep a few things in mind.

Play therapy research suggests punching bags can lead to children becoming out of control with their feelings. It's suggested that it's better to use something needing more control than a punching bag. A toy like the Punch and Drop needs more control and concentration to be able to hit the small balls with a hammer. There is also a goal (getting the balls to drop) beyond just hitting something.

Things they CAN Hit

Final Tips for Coping with Anger

If you find your child has a lot of angry outbursts. If your child becomes out of control with anger. If your child's anger scares you. Then it's time to think about getting advice from a play therapist, child psychologist, child counselor or child psychiatrist. Anger is a big feeling to deal with. Sometimes it's just too big to cope with without getting professional advice. This doesn't mean you are a bad parent. It doesn't mean that your child is bad or damaged. It just means that you and your family need ideas, tips and activities you would not think of alone to help control the anger. The support you can find with a professional can also be very helpful. This is because living and trying to help a child who has lots of anger can be tiring. upsetting and draining. If you're being drained of energy and feeling upset yourself it's much easier to become angry at your child. This is natural but it can make the situation harder to deal with. A supportive professional can help you cope with helping your angry child without becoming burnt out.

The wisdom of the Frugal Zealot, based largely on traditional Yankee thrift, ...

Should I Have Children or Not - The Kids Vs. No Kids Debate

It's common knowledge parenting is hard so why do it? The Having Kids Debate.... 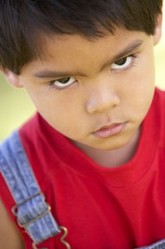 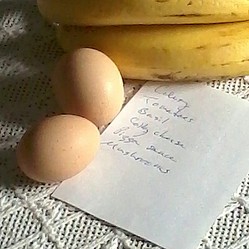 The wisdom of the Frugal Zealot, based largely on traditional Yankee thrift, holds firm today, just as it did years ago
100%  28   10 katiem2
Deciding When to Have a Kid 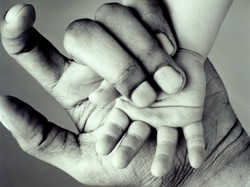 Should I Have Children or Not - The Kids Vs. No Kids Debate

It's common knowledge parenting is hard so why do it? The Having Kids Debate. Hear from parents about their experiences with children and becoming parents. Before you decide...
Loading ...
Error!