How to Photograph Comet ISON and Comet PANSTARRS

How to photograph comet PANSTARRS and Comet ISON, or any other comet. No "pro level" photo gear required.

Comets are something most of us don't often get a chance to photograph. 2013 offers two chances for possible comet photography. I say possible because as David Levy (Levy-Shoemaker Comet) said, "Comets are like cats; they have tails, and they do precisely what they want." Projections could fizzle or, as many of us hope, Comet ISON and Comet PANSTARRS could put on even bigger shows than expected.

So, fingers crossed and wishes said, let's move on to what you need (yes, including what kind of camera you need) to photograph ISON and PANSTARRS.

What You Need to Photograph a Comet

Let's take a more detailed look at each of these items.  Chances are you already have everything you need, although you might have to do some driving for a location.

Which Camera to Use

First things first, the camera you'll need to photograph ISON and PANSTARRS.  A camera with shutter control and manual focus is the short answer to what camera you need.  We're not looking for a tight shot of just the comet (like you might want with the moon) so you won't need a fancy high powered lens.  In fact, the most spectacular comet shots are usually shot with wider angle lenses like 25mm or so.

Shutter control - The vast majority of even the point and shoot digital cameras have shutter control now.  You need a camera that lets you use a shutter speed of up to about 25 seconds for comet shots.  Any more than that and you start to get star blur from motion as the Earth rotates.

Manual Focus - Digital cameras are especially notorious for the infinity focus setting not being accurate for distant objects.  Just like when photographing the moon, you're going to need to fine tune your camera's focus.  If there is no way you can get access to a manual focus camera, don't give up.  You can still photograph the comets but you'll need to rely on distant trees or other objects to try to convince your camera of a focal plane.  If this is the case, the focus of your foreground objects should be your primary concern.

Because you'll be using longer shutter speeds you'll need to keep the camera stable.  A basic tripod weighted with a rock on the base will work fine.  Or something as simple as a large bean bag.  Anything that will prevent the camera from moving while the shutter is open.

You also need to be careful when releasing the shutter to take the photo.  Just touching and releasing the shutter button can cause a good deal of camera shake.  This is one reason many photographers use a remote shutter release (relatively inexpensive - my current favorite remote release was under $30).

To minimize shake when triggering the shutter, slowly press the shutter button and gently release.  You don't have to quickly yank your hand back from the camera, slow and steady is much less shaky.

Comet photography isn't like macro photography.  Chances are you won't fill the frame with the comet.  And even if you do not include any ground based foreground, you'll have plenty of sky in the photo.

Find a location with a pleasing foreground (preferably without artificial lighting) and as little light pollution as possible.  Make sure you know where Comets PANSTARRS and ISON will be before selecting a location.  A fabulous field of view won't do you any good if the comet is hidden by a skyscraper.  If the comets will be visible in the East, be sure East is the direction you are scouting when looking for a site.  Local astronomy clubs can be of great help in finding dark sky locations with open fields of view.

Ok, so you're ready to capture the comet!  Here are some beginning camera settings to get you pointed in the right direction.

Cool I'm thrilled with the possibility of my photographing any fast moving objects, now maybe I can get pics of my kids who happen to love this subject. Great tips thanks! :)K

How to Photograph a Friend's Wedding

Photo tips to help you photograph a friend's wedding without losing your sani...

How to Photograph Fireworks 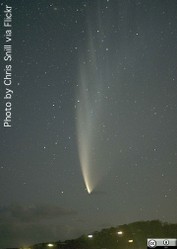 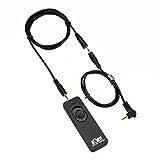 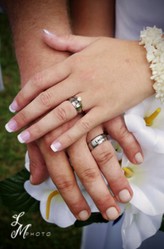 How to Photograph a Friend's Wedding

Photo tips to help you photograph a friend's wedding without losing your sanity or your friendship.
44%  3   5 LizM
Photography Tips 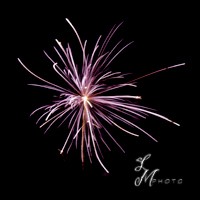 How to Photograph Fireworks