How To Start An Online Business - An Uncommon Approach

This is not the approach you will find in most books on how to start your own business! Its how I did it though!

If you check out the usual business books and business magazines for articles about "How To Start An Online Business" they talk about how to make sure you have the right insurances, how to setup a business banking account, how to develop a product.

In the second paragraph they talk about which business licenses you will need.

I started with none of that. In fact to this day I still don't have any special insurance or bank accounts. Most of this stuff is fluff, stuff you may need as your business develops, but its not what I've been making some money online since 2007, my online income has been my only income since February 2009. I'm not making millions in my sleep, but I make around US$2000/month - and growing.

What You Need to Start An Online Business

Over the years I've seen most of the people who started at the same time as I did, quit. Most of them aren't online anymore. Every month I have to go through and delete dozens of links on my blog - links that are "dead" because the blog they pointed at, the blog that a long-gone commentator loved at the time, is deleted.

On the other hand I've seen others start with little or no fanfare - and they are now successes. What's a success? Well they make more money than I do, they have a lifestyle that they enjoy, they're happy.

What's the difference between the successes and the failures. Have a guess: choose an answer below - before you read down further…

What Do You Think It Takes to Build A Successful Online Business?

What You Really Need To Start An Online Business

You see most people think I succeed in this business because I'm "good with computers" or even, hilariously, because I have a degree, or I can write.

I've succeeded because of just one thing - I didn't quit. OK so the smart-arses amongst you will - well say yeah  but the failures quit.

Yes, that's exactly my point! Ssomeone once said to me

"99% of people who try to make a living online fail and quit. And they quit, just before they start to succeed".

And when I look around at the people who have succeeded, the ones that have done really well? Better than me? Why's that then - why do they make three, or five or even more times a month more than I do? Are they smarter? Nope. Younger? Some of them. A different gender? Some of them.

They have nothing in common, they don't even sell the same products, use the same affiliates, or have the same business models. Quite a number of them have had (or their families have had) health issues - which if you are American, seems to lead, invariably to huge debts.

There is just one thing that all of these people do have in common. They have worked bloody hard, and they really, really wanted to succeed.

Not everything they have tried has made them money, but they have tried so many things, and done so much work, that they have finally made some money. If something failed to work out they didn't spend a lot of time bitching about it in forums or on Facebook. Instead they picked themselves up and tried a different approach.

One day it happened.  I couldn't believe it - I'd got some people to sign up for an program I was an affiliate for! I was amazed, I figured I might even make some money. I did, the first month I made over $100, I was disbelieving, was this for real (it was)? The next month I made over $400. I was in tears of joy - and I don't cry easily.

Then I made a mistake - I told some friends, I was just so excited I had to share!

I'll never forget the looks I got. Was I insane? I'd been doing this for over 6 months at the time and I was EXCITED about $400??? I used to have a job that I would earn that in a day, when was I going to get a real job?

They will never be entrepreneurs or own businesses, they don't get it. The very best money I ever made online - the first time Adsense paid out because I'd reached $100 (that took about . The second best - that first $100 from the affiliate program - because I'd got real people to trust me and sign up to a program on my recommendation!

I will add the next articles in this series as I write them, below.

How To Start An Online Business - Personality Skills

How To Start An Online Business - How Much Money

How To Start An Online Business - What Technical Skills

How To Start An Online Business - Which Services Are Worthwhile

I'm Lis Sowerbutts, I've been making a living online since 2007 and have been full time since February 2009. I make money from advertising on my websites, my affiliate commimssions from products and services I promote.

I am also a non-fiction author.

Wizzley is just one of the places that I write online. If you want to check out more of what I write check out my Passive Income Online blog and sign up to my newsletter!

Nice to meet you and hope you get what you want from your online endevours!

Good stuff - some motivation is always good, working online can be frustrating especially when others don't GET it.

Yeah its a jungle out there - thanks for your comments kaazoom!

Unfortuntely there are many on the net that propagate the idea that you can make money online easliy with no effort. It simply isn't true. you have to work at it and someties fail, in fact often fail if you are like me. Persistence and the willingnes to learn are essentilain any worthwhile venture. I love the quote from Seneca

I can't get enough of this kind of article. I was luckier than you in one thing - when I excitedly told my friends that I made my first $2 in November, they were really happy for me, understanding that if I can make $2 I can make more.
I love the quote about people who quit just before they were about to succeed. I do have to fight the "quit" bug that attacks me at times, and I remember that quote and stay with it. I do love this 99% of the time.

There's no substitute for hard work. A bit of bloody mindedness helps as well.

So true. I see so many people looking for the magic formula. And of course it's just doing the work ...

How to Backup Wordpress without expert knowledge

Backing up your Wordpress Site is an often neglected but required step for yo...

Self-employment is becoming more and more popular these days. Why would you ... 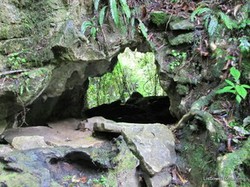 How to Backup Wordpress without expert knowledge

Backing up your Wordpress Site is an often neglected but required step for your online small business. This simple guide will show various techniques for safeguarding your website
84%  12   7 Tiggered
Starting a Small Business 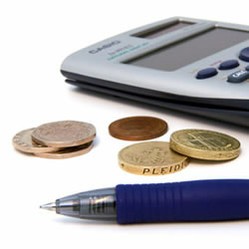 Self-employment is becoming more and more popular these days. Why would you want to be your own boss? Here are ten attempts to answer this question.
Loading ...
Error!