Copyright and Recipes - How Does It Work?

Now that Wizzley has a recipe module - people may ask - can I publish my favourite recipes - even if they are published elsewhere?

Wizzley has just released a new module - the recipe module. The question arises though, can I publish recipes I use that come from a cookbook? It was my first question, although I'm a pretty good cook, I tend to follow or adapt recipes rather than create new ones. So, how does the copyright work with recipes? After all just because someone once published a recipe for chocolate cake or tacos, does that mean every recipe after that has to be different. I checked my existing, extensive, cookbook collection. Nope, plenty of my books seemed to have very similar chocolate cake recipes, same with the healthy stir fry suggestions. So what's the bottom line - is a recipe copyrighted or not? I decided to find out

So How Does Copyright on Recipes Work?

I thought I'd use an example of a very simple recipe - one of the first things that most kids learning to bake learn: scones. Here's a simple recipe 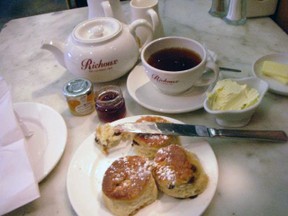 Taken from the 1914 Edition of Edmonds' Cookbook

Rub butter (or lard) into ﬂour, then add other dry ingredients, beat egg with little water, mix all into dough. Bake as usual, quick oven. If made without the egg, use milk in place of water.

I copied and pasted the text of this recipe from an out-of-copyright, public domain edition of a current cookbook. Because the text is public domain I can use it freely - though if that was ALL that was on this page it wouldn't get published because of Wizzley's rules about duplicate content.

I then searched for a "scone recipe" and the following results where the first two results:

Best Ever Scone - Edmonds
The current version of the same recipe by the same copyright holder. Interesting how its changed over the years

The recipes aren't quite the same - the modern day recipe are 3 cups of flour rather than one, and uses milk instead of an egg (though the original does include this variation). Its pretty close though. As you'd expect - baking is just applied chemistry - and to make scones you will need flour, baking powder and either milk or eggs!

Both of the modern recipes do list identical ingrediants.

So is the Food.com recipe an illegal copy? Clearly the original recipe's copyright is with Edmonds surely? Well yes it is. Probably, after all plenty of people were making scones much earler than 1914, but for arguments sake its fairly obvious that Edmonds is more likely to own the copyright than Food.com.

But this is where it gets interesting. From my understanding - there is nothing at all wrong with Food.com having a copy of the same recipe - because the method of preparation / instructions are totally different. And they haven't used Edmonds' photos.

Also from my knowledge of writing online, and now I do know something!

I must say that recipes is one thing I haven't tried online. But I may just do so with the new Wizzley module, why?

Two reasons: first I increasingly find that I don't use my numerous cookbooks - I use my laptop or even my Kindle. Its not totally straightforward using recipes from different countries - but its fun, and easy to google "recipes with squash" rather than trying to find a recipe for a new vegetable from my existing books and their inefficient indexes!

Secondly - Wizzley is using the new "recipe microdata" format. What the heck is that you might ask? Well you have probably already seen it - here's an example of a couple of the results when I googled "Christmas cake recipe"

The image and reviews are automatically parsed from the website. When did you last buy a cookbook with out pictures? Exactly - so make sure you have ORIGINAL images to go with your recipes.

More Links on Copyright and Recipes

Some of my Recipes on Wizzley

Low Calorie Gluten Free Chocolate Cake: Which Actually Tastes Good
You can make this cake gluten free or not, for the dieter, this is a flourless cake, so is much lower in calories than most chocolate cake recipes
Updated: 03/13/2012, Lissie
Thank you! Would you like to post a comment now?
17

Good to know. One always worries about duplicate content and copywriting.

Exciting information. That makes it much easier to get some yummy recipe ideas up on here. Going to your recipe next, thanks!

Thanks Lissie, I was just wondering about this very thing.

Good tutorial on both copyright laws and the benefits of the new recipe module. Thanks for taking the time to research this and share it.

I might have to try the new Wizzley module and do some baking now. Thanks for this useful info on sharing recipes online.

Thanks so much, Lissie, for this article. Like the others who've responded before me, this problem has been eating away at me, and I don't think that's the purpose of a recipe -- we're supposed to be able to eat the results! In my recipe articles, I have tried to vary the original a bit, even though the originals of my recipe articles on Wizzley have been friend to friend sharing. In other words, I didn't find them in a book although they may have originated there at some point. So I've tried to change a few things here and there to make them original. I may proceed a bit differently now. You've eased my mind.

@tombok - yes that's my understanding - it applies to any list of ingredients - follow the US copyright link in the article - as what they say is more generic than just food recipes.

@Mary - I can take no responsibility for the for voices in your head :-)

@Dorsi - I must admit that I had to use someone else's photo for the chocolate cake recipe - I can't possibly make it again this week - I'm on a diet!

Great info Lissie. I had wondered about recipes and how copyrights worked. I guess I have to start cooking now, taking my own photos and start writing up some recipes!
Tweeted, plussed, FB'd and rated up.

Lissie, Thank you for the article. I have always wondered about this.

I have been wondering about this for a long time--thanks for answering the voices in my head! (Well, one of them anyway ;) )

How to Make the Most Selling Amazon Products Using Amazon Images

How to make the most money selling Amazon products create impressive Wizzley ...

How to Use Wizzley’s Amazon Module

Wizzley only has one Amazon module, but it can be used a number of different ... 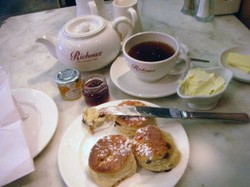 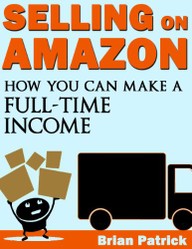 How to Make the Most Selling Amazon Products Using Amazon Images 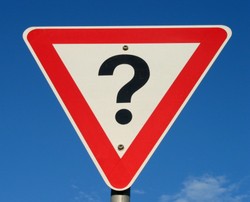 How to Use Wizzley’s Amazon Module

Wizzley only has one Amazon module, but it can be used a number of different ways to add interest to your page. Join me to discover the various looks of Wizzley’s Amazon module.
Loading ...
Error!