Most of us have favorite programs we enjoy watching. But it is all too easy to become a TV addict. Follow the tips in this article to break free of your TV addiction.

Our love affair with TV often begins for most of us while watching our favorite TV programs as children. According to the website The Real Truth , the average person spends 13 years of their life watching TV. TV addiction has become a recognized condition. But why do we do it, and how do we break free of our TV addiction and start living again?

My Love Affair With TV

I don't remember the first time I watched TV, but I know I was hooked from an early age.  Every day after school, I would come home and watch TV, mostly cartoons.  I had quite a few programs I loved.  One was called "Button Moon".  The characters were a kitchen utensils going to a moon in a home-made spaceship .It was pretty low budget, but I loved the spirit of adventure.

I also enjoyed cartoons.  My favorite was about a street of people who lived on "Pigeon Street".  The drawings were endearing, and I remember feeling happy when watching a song about a woman lorry driver called "Long Distance Clara".

I also enjoyed "The Smurfs".  I felt scared when Gargamel (the evil wizard) was on, and relieved when the Smurfs were victorious in winning whatever battle they were fighting with Gargamel.  Of course, the Smurfs always won, and I felt that everything was right in the world.

Fast forward a few decades, no pun intended, and TV can still evoke the same feelings for me.  I feel the warmth of laughter when I watch comedy, empathy with the struggles of my favorite soap character, and hope when the movie I'm watching has a happy ending.

However, I am also aware of another emotion - guilt.  When I spend copious amounts of time watching TV, what I call "living my life by the TV schedule", and won't do certain activities because they interfere with my viewing time, I know something is up. I could be using all that time to make my life better.  I don't imagine when I get to the end of my life I will say:" I wish I spent more time watching TV".   As someone I know put it "I want to be in the movie of my life, not watching the movie of someone else's life"

A couple of months ago I became aware of my addiction.  I was doing very few activities outside the house.  I wasn't happy.  I felt that I was just getting through the day, rather than living, and I wanted to live.

I started to look at the reasons behind my TV addiction.  Living alone, it is all too easy to switch on the TV for company, yet I knew the reasons behind my addiction ran deeper than that.  When I wrote about why I was using the TV as a crutch, I felt that my career wasn't where I wanted it to be.  I wasn't happy where I was, but wasn't sure how to change, and TV provided an excellent diversion.

Gradually through writing and discovering what I wanted, I cut back the hours I spent watching TV, and started living again.  I took a different direction with my career, wrote a new business plan, and started to work on the things I wanted to do.

I am not perfect at this, and I still watch TV compulsively sometimes.  Now when I start worrying about how I can fit all my commitments around my TV schedule, I know I have slipped back. I try to identify what am I avoiding, and get on with something more productive instead.

The following tips have helped me to switch off the TV and get my life in balance again:

For me, a hour or two a day of TV helps me relax.  But more than that isn't healthy.  Life is too precious to waste spending hours in front of the TV.  Be in the movie of your life, don't just watch it.

Hi WordChazer I have a friend who doesn't watch TV at all and cancelled her licensed. She did have a TV set and I think they made her the the plug off it. Thanks for your comment.

The TV was usually only on in this house when I had to undertake The Ironing! I don't even know how to operate our new box so that nips that one in the bud right off. I seriously considered cancelling the licence earlier this year but I doubt any licence enforcer who called here would believe we hardly watched TV given the connectivity levels in this place.

Hi Mira It's good to have some discernment about what you watch. I will look forward to reading your article. Thanks for your comment. Carol

Well, I think there are lots of interesting things on TV. I am pretty choosey but I do find programs I like. In fact, that reminds me to write about one in the coming days. :)
But yes, you're right, watching TV because you can't think of something better is not good.

Hi Abby Yes I think that a lot of my TV watching was due to boredom as well. Writing is a much more satisfying activity. At least I have produced something at the end of it. Thanks for your comment.

I used to watch a lot of tv, but I learned that I was watching out of inactivity and boredom. I found a hobby, writing, that takes up my spare time

Watching a loved one following the path of addiction is heartbreaking. Howeve...

10 Concentration Techniques for the Easily Distractedon 12/28/2013 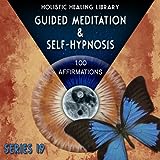 Learn how to give up caffeine for good.
32%  2   4 kslinskey
Addiction and Recovery 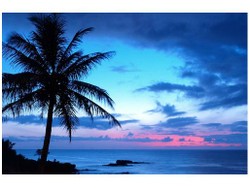 Watching a loved one following the path of addiction is heartbreaking. However, by following some necessary guidelines the chances of success while helping an addict become higher.
Loading ...
Error!