Humor: A Story of a Husband who Lost His Wife in a Swimming Pool

A funny story of a husband who lost his wife in a swimming pool. Read how he was rewarded.

I hope you will enjoy this funny story.

The Story of a Woodcutter who Lost His Axe

A poor woodcutter climbs a tree on the bank of a river to cut a branch of the tree to sell it so that he could buy bread for his family. But on that day, his axe falls into the the deep water of the river. He becomes very sad as he had only one axe and because of his poor condition, it was not possible for him to buy another axe. He starts to cry.

For his surprise, a fairy comes out of the river and asks him, "Why you are crying? What bad thing happened with you?"

"Wait a minute", the fairy says and disappears in the deep water of the river. Within few seconds, she returns with a Silver axe in her hand.

"I found this axe in the river. Is it yours?," the fairy asks.

"No, that's not mine", the poor but honest woodcutter replies.

"O.K., let me search again", says the fairy and disappears again. This time she returns with a Golden axe. But this time too, the woodcutter denies that it was his axe.

Next time, the fairy comes with a Platinum axe. But for her disappointment, this time also the woodcutter denies that it was his axe.

Finally, the fairy appears with with the original axe which belonged to the woodcutter. The woodcutter joyfully says, "Yes, it is mine".

"Well," the fairy says, "You are honest. Such honesty is a rare thing. You deserve reward for it. I am going to give you all the axes, yours own, Silver, Golden and platinum"

Thus the honest woodcutter gets reward for his honesty.

Moral of this story: Honesty pays.

Now coming to the story of a husband who lost his wife in a swimming pool. This story is based on the above story of the woodcutter.

A husband and his wife went to swimming pool. There he lost his wife in the pool. He became very sad and started to cry. A fairy appeared in front of him and asked, "What happened? Why you are crying?"

The fairy disappeared in the pool and within few seconds returned with a young, beautiful Hollywood actress.

"Is this your wife?", the fairy asked to the husband.

"Yes, yes, she is my wife", the husband replied in hurry.

The fairy became angry. "She is not your wife. I was just testing your honesty", she said.

"Yes I knew that you were testing my honesty. But I knew the story of the honest woodcutter as well. If I say that this young lady is not my wife, you will bring another young and beautiful actress of Hollywood and ask, 'Is this your wife?' I will say No. Then you will bring another one, probably from Bollywood. Finally you will bring my real wife and I will say, 'yes, she is my wife'. In this condition, the problem is that you will reward me all the three actresses. To avoid living with four wives, I told that the first was wife of mine"

How Much is 2+2? Different Perspectives
Same question has different answers and all the answers may be true because of different perspectives. Here is an interesting article on perspectives.
Updated: 12/20/2012, msanglikar
Thank you! Would you like to post a comment now?
4

This is very funny. I think the man did the right thing. Living with four wives would be hell. At least I think so.

This was my first chuckle of the day :-)

Laughter has no language barrier. It is a universal pleasure derived from the...

Best of Hyperbole and a Half

Hyperbole and a half is a strange mixture between a blog and a web comic. I t... 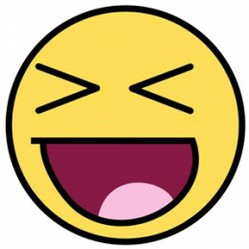 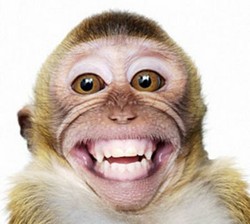 Laughter has no language barrier. It is a universal pleasure derived from the joys found everywhere, if we but take time to look for it.
34%  0   5 melanie_a917
Other Humor Topics 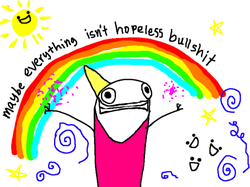 Best of Hyperbole and a Half

Hyperbole and a half is a strange mixture between a blog and a web comic. I thought I would share some of my favorite posts.
Loading ...
Error!