A fun and unique Hunger Games celebration for your child including a reenactment which follows the games in the story.

My daughter had a Hunger Games theme party this past weekend for her birthday. We were very fortunate that it was a beautiful and warm April day in New York since most of the party activities took place outside.

At her party, we reenacted the Hunger Games including the Reaping, the Ceremony, Interviews, Training and the 74th Hunger Games. My older daughter and her friend played the roles of Effie, Caesar and the Gamemakers. They also videotaped most of the party since the games were broadcast on television in the Hunger Games book. My daughter plans on editing the video and I may make copies to hand out to all of the kids that attended the party. 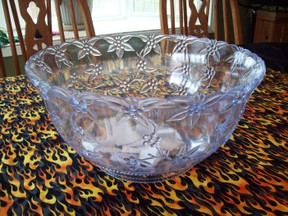 For the Hunger Games reaping, instead of pulling names out of the bowl we pulled out Districts.  Since all of the party guests were partaking in the Hunger Games, the reaping ceremony was held to decide which District each Tribute was assigned to.

Each district was written on a piece of paper and placed in a large bowl.  The reaping took place outside with Effie standing up on the deck looking down at the party guests (tributes).  This gave it the feel of the actual reaping.   The tributes approached the deck one at a time, stated their name and Effie selected and announced their District.

The party guests name and district was written down on a piece of paper at that time just in case someone forgot which district was assigned to them.

Welcome to the Hunger Games!

In the Hunger Games, the Opening Ceremony was an elaborate celebration to introduce the Tributes to the people of the Capitol.  Many times the Tributes were dressed in an outfit that represented their District and that is what we did at my daughter's party.  We went on a little scavenger hunt around the house to find items for each District.  Not only was this a lot of fun, it was very budget-friendly.

In the Hunger Games, Panem has 12 districts.  Since there were 10 guests at the party, we did not include two of the Districts.  Below is a list of what each Tribute was given for their District to wear/carry during the Opening Ceremony.   Hopefully, this will give you some ideas for your Hunger Games party.

The kids were given their outfits one at a time in a separate room.  They had a lot of fun finding out what they were going to wear and seeing what everyone else was wearing.    During the ceremony the tributes walked in as their District was announced.  Then, they gathered around as President Snow made a small speech welcoming everyone to the games. 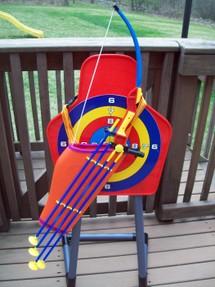 The tribute training consisted of four stations.   There was a Gamemaker at each station.  The stations included:

The tributes training scores were officially announced.   Caesar and Effie stood up on the deck looking down at the tributes.  As their District was called, the tribute approached the deck and was given their score.  The final scores ranged from 7 to 10. 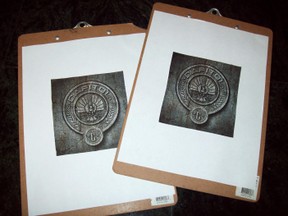 We composed one question to ask each tribute during their interview.   The kids had so much fun with the interviews that they wanted more questions, so we asked the same questions more than once to different tributes.

The questions asked during the interviews included:

Once the interviews were done, we had a feast (dinner) and went over the rules of games. 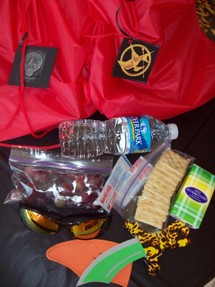 My number one concern for the games was safety.  We used safe weapons and had rules in place to keep anyone from getting hurt.

*I purchased the nylon bags, sunglasses and foam knives at the Dollar Store which was a great money saver.  The knife handles were wrapped with flames duct tape to coordinate with the party theme.  If you can't find the foam knives, these foam daggers

Other weapons used during the games were sling shots with foam balls and arrows with suction cups on the ends to be used as spears.  Everyone got a knife, but there were only 3 sling shots and two "spears".  Two of the sling shots were put in District 1 and 2's backpacks since in the book these districts had the most weapons.   The remaining weapons were randomly placed in other backpacks.

For our Hunger Games, the kids ended up forming alliances and broke out into three groups.   After playing for awhile we were down to two groups.  The Gamemakers then forced a showdown by limiting the space to fight.  At the end, one group was left and they turned against each other until there were two tributes left; my daughter and one other.   The other was a boy, so we quickly got some "nightlock berries", reenacted the ending of the book and announced them both the winners. :) 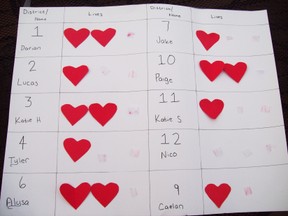 This is the board we created to keep track of how many lives each tribute lost and how many they had remaining.   Since the game arena included both the front yard and the backyard, the Gamemakers carried walkie talkies to report back when a tribute lost a life.

On a large poster board, we wrote in each tributes name and district.  They each started the games with 3 hearts or lives.  The hearts were attached to the board with tape.   Each time a tribute lost a life, a heart was removed from next to their name.

Once all of their hearts were removed, they were out of the game. 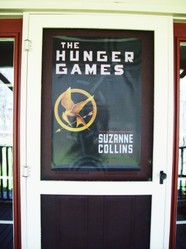 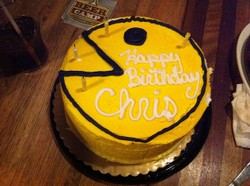