Find out what happened after I left content farms after 4 years.

After 4 years, of the games some of the content farms play, I have left content farms. Find out what, and what has happened since my doing so. The die hards will still tell you that you will earn less if you leave content farms such as Hub Pages, that having your own site is a waste of time. Find out why they are wrong!

How I Got Started

After my fiancé passed away, I had to find a source of income. I got involved with a program which turned out to be a waste of time.  The one thing I did do well in, while in college, was writing.  The group I belonged to, supposedly had an SEO expert that held various training sessions online.

I was thrilled because I was learning how to do my writing online, to make money!  Wrong, because most of what we were taught was wrong.  I wasted a lot of time.  I did learn how to set up a blogger blog which got me started, but slowly.

After 4 years, I have left content farms. Find out what, and what has happened since my doing so.

I found sites such as Factoidz which is now Knoji, Hub Pages, and others that are revenue sharing sites, or more commonly called “Content Farms.” These are sites for writers to publish their articles and earn money from affiliate programs such as Amazon, and ads that are placed by the site on your articles, when they get clicked on. Well, the truth is, the only person that makes money is the site itself.

Factoidz turned into Knoji and pays you pennies a month if anything.  They claim you own your content, but try to edit it or remove it. You can’t and the owner refuses to allow you to remove your own content.

Hub Pages:  There is nothing good I can say about Hub Pages.  The rules that are never clear change constantly. If you use their Learning Center, most of the information is outdated, and ends up being incorrect depending on what the rules are for the day!

I have been cheated out of earnings there.  The site constantly has issues which causes the site not to work properly.  In order to earn, even the pennies per month, which is through their Hub Pages Earnings Program, you have to have a Google Adsense Account.  Otherwise, your earnings are from sales commissions from affiliate programs such as Amazon, Commission Junction, Viglink etc.  Clickbank is prohibitied.

I wrote more about why not to write for content farms, where I go into more depth about Hub Pages, and its takeover of Squidoo,etc.

I already had a blogger site, but I wanted to do more, yet didn’t have the coding knowledge, nor skills I felt that I needed to create my own website.  I found Weebly!!   I created my first web site to see how it would do.  I ended up deleting it, and adding everything to a blogger site I had.  Actually, I should have done the reverse, but I was new to this, and had been taught so many things that were incorrect.

During this time, I was still involved with Hub Pages, and not making any money.  Their payout minimum is $50.  It took 3 years before I made my first payout, which is ridiculous.  Your sales commissions, earnings from ads is not 100 percent yours. Hub Pages, like other sites have a split.  The Hub Pages earnings split is 60/40.  Hub pages claims that when your Affiliate ID shows up when a reader clicks on a product  and buys something from Amazon, you will earn the commission 60 percent of the time.  The other 40 percent of the time that your reader clicks on an ad, buys a product, Hub Pages gets the commissions.

They do not give you any type of report that shows all product clicks, all orders made from your articles on Hub Pages.  The only thing they show you is what sales commissions they give you credit for when you use their Hub Pages Amazon Program and ad program.

In the Fall of 2014, after 4 years of writing on Content Farms, I finally got fed up and decided to start my own websites.  I began making a copy of the articles I had on Hub Pages and then started another website on Weebly in January, 2015. This would be my second website.  The first one I had started during 2014, I ended up neglecting, but it was still alive and I started to realize my traffic was better on a site I was not adding new content to.

Because I did not have all of my sites created, much of the content went to another content farm until I decided which site each article would go to.  The content that did not suit any site I had, I left on Wizzley. That content is in the process of being moved as well to another site I have started.

As I moved content from Hub Pages, I started publishing it on my Infants To Toddlers website and the traffic started to soar.

Then I started my second website on Weebly, Just Home And Kitchen, in January 2015, and again, the traffic soared.

Both of these sites  have left Hub Pages in the dust!

Not only was my traffic better, but so were my sales from Amazon!

So in 4 years, I had 9 sales from Hub pages and 31 from my blogger blog which I had been ignoring and one of my new Websites on Weebly which I started in 2013.

I have constantly monitored my sales and which site they are coming from.  I have been in the process of moving content to my sites, writing new content for them, and changing how the sites are set up.

My new sites are averaging 150-400 views per day, per site. Of course, we have bad days, a holiday week-end, etc and I do see my traffic drop a bit, but not as bad as it ever did on Hub Pages.  My traffic, over 6 months later, is at a standstill on Wizzley as well.  Most of the traffic for these content farms is Internal, which means other writers are seeing new articles and then they click on them to read.  My website traffic is soaring in comparison to the traffic on content farms.

What Has Happened To Sales

103 sales in 8  months from my own sites, not any content farm sales whatsoever.  This may not sound like it is a lot fo sales, but keep in mind I started out  with one site, and have added new ones along the way.  I now have 6 paid domain sites, including one on blogger which is my very first site started 4 years ago and is about to be ended.

The sales totals are for totals of items purchased.

My earnings are 100 percent mine.

January has not been a good month for me since I started. However, with my own sites, I have seen 11 sales already in January  2016 at 6 percent commissions based on Amazon Tiers.

You will find the die-hards on content farms will try to convince you to update your content, which you need to do SEO, make longer articles, add videos etc.  You will be told that you have too many products which makes your article spammy.  This is all crap.  You will be told that is all boils down to the quality of your articles, which is bunk again.

I am looking forward to 2016, another year of having my own sites that earn, commissions that are 100 percent mine!!!

Reasons For Not Writing On Content Farms
In 2010, I was taught the way to make money online was by writing online, and publishing your articles on sites like Hub Pages, which is one of the many content farms that existed.
Updated: 01/25/2016, LindaSmith1
Thank you! Would you like to post a comment now?
3

Even this year, from 2011-2015 I had one sale in January while using content farms. This year, January 2016, I have 10 orders already. Don't let people deter you with the rhetoric of if you move content to your site, it is like starting all over again, blah blah blah. Not true. I had sales the first week of starting my own sites with content I transferred from Hub Pages. I have moved articles from here even, and got sales the next day from my own sites while I get nothing here. I don't do anything on HP anymore. If I get an idea for an article I can't use on my sites, I post it here, for adsense revenue at least.

Good Luck! I have never regretted my decision. A lot of us from Squidoo that got moved to HP, have left HP and started our own sites and are dong very well. We have a group called The Writers Door on Facebook. All writers are welcome. We not only share our work, we share tips, help each other, etc.

My comment got eaten because I'd forgotten to log in, but basically I agree and am taking the same actions.

If you read The First Article, you would have seen

Some leave content on content farms, maybe even add new when they get an idea for an articles that really doesn't fit their own website. However, these sites sit on the back burner and are no longer the focus for writers who have left them. In fact, i have removed over 40 articles from here, moving them to my own sites. The ones here, I really don't have any use for so they have been left here. Some of the newer ones are from one of my sites that I took in a different direction.

But this is written on Wizzley. I cannot understand your point. As for traffic I see Wizzley traffic coming and growing. And it is far from all internal.

You want your articles to be liked and, more important, pinned and repinned, ... 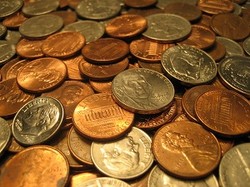 When doing a research, don't rely on Google only. To stand out from the crowd, use Google alternatives and get better data than your competition!
100%  16   14 Sheri_Oz
Social Bookmarking Tips 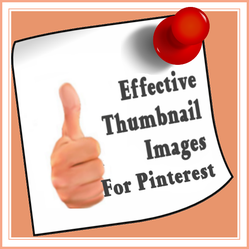 Effective Thumbnail Images for Pinterest Success in Promoting Your Articles

You want your articles to be liked and, more important, pinned and repinned, and for this to happen, your thumbnail image should be part of your article bookmarking strategy.
Loading ...
Error!