Is there a simple grammatical rule?

Many people mistakenly think that the simple rule is to always use "me" when linked with another person. In other words, if you are referring to yourself and Bill, then it should be "Bill and me" no matter where it appears in the sentence.

I vs. Me - The Actual Grammatical Rule

Don't panic, it's really quite simple.

So if you are referring to yourself and Bill and trying to decide whether to say "Bill and I" or "Bill and me," drop Bill out of the sentence first, then add him back.

Overgeneralization is the culprit in this common grammatical mistake.

Teachers try to correct kids' grammar, but too often without explaining this simple rule. Since young children can't figure out the grammatical particulars, they take one or the other (Bill and I, or Bill and me) and overgeneralize the rule - that is, they apply to all situations whether it is correct or not.

Frequently the heaviest weight of correcting is to stop kids from saying, "Me an' Bill are gonna go play!" So kids hear a parent or teacher correct them, saying "It's not me and Bill, it's Bill and I are going to play." So, most of the time, the overgeneralization "Bill and I" shows up where it shouldn't, in the predicate.

Drop the other person.

It quickly becomes clear which pronoun to use
when you are the only person in the sentence.

Did She Really Just Say "Predicate?"

Don't get spooked! Subject and predicate are perfectly simple (and easier to understand than you remember from grammar lessons). The subject of the sentence is the one being talked about, the one doing the action; so in our case, Bill and you. The predicate is the rest of the sentence: the verb (the action word) together with whatever happens because of the action.

When you are speaking subjectively, or doing the action, the pronoun to use is "I."
I did this. I ate that.
You know this rule already, and you never break it except when another person enters the sentence.

But when the action is happening to you, you naturally use "me."
Give it to me. You tell me.
You also know this rule already, and confuse it only when another person enters the sentence.

It's only when overgeneralization steps in that we confuse the two. So just drop the second person in your sentence, and without even having to think about it, you will know which one is correct.

Than Me vs. Than I

This looks like a tricky construction, but it's not.

The correct answer is Bill walks faster than I. Yes, I know: it sounds wrong. And when you first look at this sentence, "Bill" is the clear subject, which means "I" must be in the predicate ... right?

Wrong. "Bill walks faster" is a complete sentence that actually takes no action on the "than I."

"Than" in this case is a connector, and it is connecting one complete sentence with another implied complete sentence. Fill in the implied rest of the sentence: Bill walks faster than I walk. The "than" is making a comparison between two subjects and two predicates.

You use implied words in sentences already, probably mostly in imperative commands: Go over there! looks as if it doesn't have a subject. WHO should go over there? But of course the implied subject is "you," whichever person you are addressing.

If you want to write and speak with grammatical correctness but don't want to sound too snooty, just complete the sentence with the second verb after "than" and no one will accuse you of being too high-falutin' for using "I" as properly in this construction as I ... do.

(Um, did she really just say "grammar" and "fun" in the same sentence?)

The "Blog" of "Unnecessary" Quotation Marks
I think the title of this "blog" is fairly "self-explanatory."

The Alot is Better Than You
This is not actually a whole blog about grammar, but this post about the mythical Alot beast is one of the most hysterical things I've ever read.

The Grammar Vandal
"Taking it to the streets and correcting America, one comma at a time."

Yes, I said fun with grammar. Deal with it.

Series Commas: The Comma Before "And"
Series commas, a.k.a. serial commas, are a hot topic with the cool grammar geek crowd. They're also called Oxford commas or Harvard commas; now doesn't that sound erudite?

I Beg of You: Don't Beg the Question!
"Begs the question" does NOT mean what you think it means!

You and I Should Win a Prize for Being You and Me!

Yay! Great explanation, from one word nerd to another. Great way to remember this tricky rule.

I've learned something new here. Now I wish I should have learned this long time ago.

You explain this in simple terms. I always knew the I Me rule but just didn't apply it ALL the time. Have to work harder on that.

You know, I don't specifically remember being taught this rule (I graduated in 1983), but I certainly understood it well enough. (Then again, I enjoyed diagramming sentences, too!)

It seems so simple to teach this way, and people always understand it instantly, so I'm not sure why it would NOT be taught this way.

You and I need to be teaching grammar in schools! lol Not really me, but certainly you should! Old grammar lessons like this one are simply not taught anymore. Great idea to make a page about some of these common grammatical errors!

I see you are a kindred spirit to my grammar-loving son! I'd like to see a lesson on when to use "bring" and "take." Seems to me the misuse of these words is becoming more prevalent.
P. S. I never heard "I" and "me" taught this way. Simple!

Susan, it astonishes me how few people understand this rule - it is so simple! I guess maybe they quit teaching it this way?

Simple grammar mistakes such as this one drive me crazy, but then that's a pretty short drive! Thanks for giving the simple rule, the one I learned in school a half-century ago and still use almost daily.

So glad to be of assistance! :-D

Promptly, I got the 3rd question wrong. Re-read your tutorial and now understand it better. I think. :) Commas and how to use them turn some people in knots. Yet when used correctly, commas make the difference between text that is easy to read and text that makes no sense.
100%  13   12 PeggyHazelwood
English and Writing 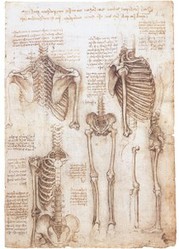 These grammar tips cover correlative conjunctions, which are simply words that are used together to join parts of a sentence. Examples are either or, neither nor, and both and.
Loading ...
Error!