The Child Can't Go to Sleep!

This is a perfect story for when your own child can't fall asleep!

The night wind, brushing a window, whispers "go to sleep." But the child cannot fall asleep because Mockingbird is singing outside. So the wind begins a quest.

Mockingbird can't be silent because Cricket is playing a tune. Cricket can't stop playing until Moth stops dancing. Night wind must go on down the line to find the one thing that will start the chain reaction of changes to help the child fall asleep.

The one thing Wind can do is cause a change in the weather by bringing Cloud to cover Moon, who stops shining ... and all the animals fall silent, one by one.

"At last the night was dark, and quiet, and still. The child snuggled
under warm blankets, closed tired eyes, and fell asleep."

Good for Girls and Boys Alike

The child is always addressed as "the child" in the book and could easily be a boy or a girl according to the haircut and night clothes. The animals also are not called "he" or "she" although some have gender-distinctive dress.

Katy Rydell is a storyteller, a writer, and a teacher with a master's degree in folklore. She teaches storytelling and also helps teachers learn to use storytelling in the classroom. In addition to her classic children's book Wind Says Good Night, she writes poetry, songs, and other stories. She performs at storytelling festivals around the country.

Composer David Dzubay of Pro Nova Music created a symphony using the text of Wind Says Good Night for the Minnesota Orchestral Association for performance as part of the Minnesota Orchestra's "Adventures in Music" series of family concerts. Each animal and character in the story has a distinctive sound played by a different instrument.

In this "Wind Says Good Night," Wind goes down the line asking each animal a question that builds on what he has learned before, adding to the explanation each time. So for instance, he asks Moth:

"Will you stop dancing / so Frog will stop strumming / so Cricket will stop playing / so Mockingbird will stop singing / so the child can go to sleep?" And each animal answers that stopping is impossible, unless someone else stops something first.

All book reviews on this page are personal favorites of my family!

Best Picture Book Reviews
Are you looking for a great picture book? These are my personal favorites, complete with book reviews. I hope you love these books as much as my children and I do!

How Do Children Learn to Read?

Real-life stories from homeschoolers and unschoolers.

You probably hope your child will become a fluent reader who loves books. How does that happen? The "How They Learned to Read" blog hop links to multiple real-life stories from a variety of homeschoolers and unschoolers, each explaining in their own words the unique ways in which each of their children learned to read.

This sounds like a good book to buy when my first grandchild comes along in spring. Suddenly I've become interested in kids stuff! :)

This book sounds like a really good one for lulling a child to sleep. Can't wait to look for it. The idea that music was composed for it is intriguing. I wonder if there's a recording of it somewhere.

Wind Says Good Night sounds like a very nice bedtime picture book. I'll have to look for this one!

Oh this is the kind of book I loved to read to the grands when they were small. Wind Says Good Night sounds like it will be popular for many years yet to come. 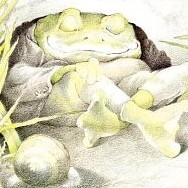 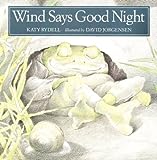