In Praise of the Royal Marines

They are 350 years old today. The Royal Marines have served the UK well during this time, and have made themselves an indispensable part of the defence of the realm.

Churchill said, “The long, rough and glorious history of the Royal Marines has shown that they have achieved much. They will achieve more. They are ready to assail the enemy at many points… They are a formidable and versatile company of warriors as highly trained as any the world as seen.” I don’t know whether there is much to add to that by way of thanking them for their 350 years service. The only other thing that can be said is, Gibraltar.

The Royal Marines celebrate their 350th birthday this year.  They were originally formed on 28 October 1664, when Charles II was on the throne, under the title of the Duke of York and Albany’s Maritime Regiment of Foot, also known as the Admiral’s Regiment.

The title “Marines” didn’t actually appear in their title until 1672, but it wasn’t until 1802 that George III formally gave them the title “Royal Marines.”

The original force was formed when the English were fighting the Dutch in the second Anglo-Dutch War.  (Back in the day, there was a lot of to-ing and fro-ing as to who was England’s friend and who was her enemy.)  Its role was to repel boarders on the lower decks and fire at the enemy form the upper decks.  In the seventeenth century, infantrymen, and, therefore, Marines, would have used muskets.  Although they would have used long arms, muskets were smoothbore weapons, and lacked the velocity and accuracy of the later rifles.  Fortunately, seventeenth century warships were armed with cannon, so if the enemy got close enough for the Marines to be involved with their muskets, things were not looking good for one side.

The Royal Marines were not the first of their kind.  In fact, Spain, Portugal and France, all major maritime powers in their day, all had their own marine troops before England.  Originally, there were six companies of 200 men, under the command of Colonel Sir William Killigrew.

In 1689, the Marines were disbanded, perhaps they were no longer required since the Nine Years War between England and France was largely fought largely on land masses rather than at sea.  However, by 1702, six regiments had been re-formed, and played their part in the War of Spanish Succession, which lasted until 1713.

It was in 1704 that the Marines took part in the English attack on the Rock of Gibraltar, and, with Dutch reinforcements, prevented the Spanish from reaching the fortress.  While the navy bombarded the city, the Marines stormed the defences and withheld siege on the rock for nine months.  Right up until today, the Marines display only the battle honour, “Gibraltar.”

The Marines had established themselves and participated in all the wars in the 18th and 19th centuries, and helped to create the British Empire.  In 1805, 2,700 Marines took part in the Battle of Trafalgar.  Between 1854 and 1856 the Marines played a major part in the Crimean War, and the first Royal Marine to be awarded the Victoria Cross, Corporal John PrettyJohns, received it for his part in the Battle of Inkermann.  To cut a long story short, the caves at Inkermann were occupied by enemy snipers, who were successfully picking off UK troops.  A division led by a sergeant, which included Corporal Prettyjohns, were sent to clear the caves.  They were able to do this, but were running low on ammunition, and more of the enemy were making their way up the hillside to the caves.  Prettyjohns was a big West Countryman, the kind you imagine picking up trees single handedly.  He instructed his division to collect all the stones and small rocks that they could and pile them up in front of them.  He told them that, when he had grabbed hold of the first man, they should throw the stones at those who followed.  Sure enough, as soon as the first man was level with him, Prettyjohns picked the man up and threw him over the men following him.  The rest of the division threw the stones at the others, knocking them over and knocking each other over.

By 1914, had the largest fleet in the world.  All ships larger than destroyers had a detachment of Marines on board, who were required to fight on both land and at sea.

Since the Second World War, the Royal Marines have been involved in all of the conflicts in which the UK has been involved, from the Falklands to the Congo to Iraq, East Timor to Kosovo and more besides.

You're right WriterArtist, although I think it's worse for submariners on nuclear subs, they are away for longer without stopping at shore.

And yes Frank, you're absolutely right. I am only just learning about all the hard training that they have to go through, and now know that they have to serve five years as "ordinary" Marines before they can apply to join the SBS. I am privileged to say that I have done some work with the SAS in the past.

I have always wondered how tough life would be at the sea. Braving all obstacles - tough weather and storms, the Royal Marines indeed deserve praise staying away from home for long periods performing their duty

The Patriot Guard Riders is a 100% volunteer organization that honors our mil...

The PCS Reality Of Military Service : My Duffle Bag, My Family...

This is a stream of consciousness piece from a Military Personnel point of vi... 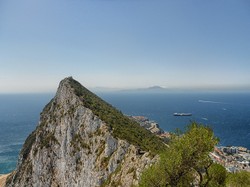 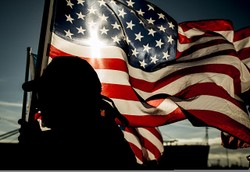 The Patriot Guard Riders is a 100% volunteer organization that honors our military heroes, provides military escorts, and comforts the family at the time of their loss.
20%  0   3 rabbitagent99
Other Military Topics 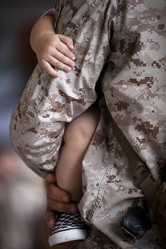 The PCS Reality Of Military Service : My Duffle Bag, My Family, My Soul

This is a stream of consciousness piece from a Military Personnel point of view to help civilians understand the numerous challenges of the Permanent Change of Station.
Loading ...
Error!