A veritable onslaught of US trade agreements seek to secure global copyright protection. TPP (aka TPPA) is next.

Left-leaning members of the Polish Parliament donned Anonymous-related masks to protest their government's signing of ACTA.

Meanwhile, on-line activists are already looking to another treaty lurking in the shadows.

Will TPP succeed where SOPA and PIPA failed? Will it undermine ACTA to go further, even as the more visible treaty is doing the rounds?

What is the Trans-Pacific Partnership (TPP)?

It is a free trade agreement with a sting in the tail. Beyond the dropped taxes and tariffs come the copyright restrictions. 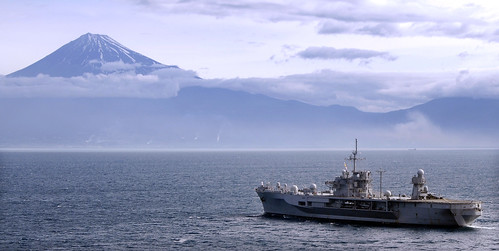 In essence, the Trans-Pacific Partnership (TPP) is an initiative to set up a free trade bloc. It already exists with its membership comprising of Brunei, Chile, New Zealand and Singapore. These countries no longer impose tax or other tariffs on exports and imports amongst themselves. But there is a bigger goal ahead.

Several other states encircling the Pacific Rim are also at the negotiation table. Australia, Japan, Malaysia, Peru, Viet Nam and, the biggest catch of all, the USA are all gearing up to sign into this trade agreement.

The prize is glittering for all to see. The inclusion of Japan and the USA would bring two of the world's biggest economies into the fold. Up and coming nations would gain a substantial monetary boost by being able to sell to American consumers, without the high costs currently slapped onto their products.

But that would come at a price and it's one which internet activists are saying is too high to pay. The US signature will come only if it's agreed that DMCA-style copyright protection legislation is enforced throughout the TPP bloc.

Under the guise of free trade, it would allow American companies to shut down websites across Asia and South America.

The TPP as a Free Trade Bloc

Virginia Tech's Professor of Geography John Boyer discusses TPP within the context of trade throughout the Pacific Rim.

Educate Yourself about the Trans-Pacific Partnership Agreement

Read more about TPP, so you know precisely how it will affect you and your on-line activities.

Why Does TPP Threaten the Internet?

A law professor has labelled it 'everything (the USA) wanted in ACTA, but didn't get'. It's another attempt to tackle world-wide copyright infringement. 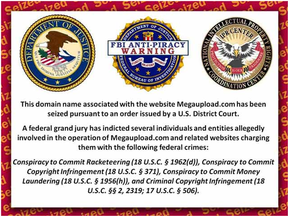 Amongst the demands that the US government has brought to the TPP negotiating table is a minimum requirement for copyright protection.

In fact, the USA has drafted the bloc's entire chapter on intellectual property. The stipulation reads almost identically to an existing American law -  the Digital Millennium Copyright Act (DMCA).

American nationals are already familiar with the DMCA. It was notoriously used in 2007, when Viacom Inc tried unsuccessfully to shut down YouTube by serving a lawsuit under it. Defeated in the law courts, Viacom are set to appeal the judgement in the US Supreme Court.

The Act allows anyone to serve a 'take down and desist' notice, which would legally bind the host into removing alleged copyright infringing content from their web-pages.

It hasn't been a great success. Google announced that over half of the notices that it receives are from businesses trying to wipe out the competition. An appeal system is naturally in place, but even so, content can sometimes be off-line for weeks or months, before true ownership is established.

The provisions already established by American companies, in reaction to the DMCA, have led to shorter lived pranks. For example, an individual called ILCreation caused several music videos created by stars like Justin Bieber and Lady Gaga to be taken off-line, after he claimed copyright. In his case, the stunt was a protest against the distributing company Vevo.

However, the TPP proposals would build upon and go further than the DMCA, while exporting American law around the entire Pacific basin. Amongst the draft provisions are 'legal incentives' to criminalize any Internet Service Provider (ISP) or website owner, that doesn't fully co-operate with those investigating copyright infringement. It specifically states assistance must be given in locating on-line storage facilities. This would result in many more instances like the seizing of Megaupload.

ISPs would be legally bound to bar any repeat offenders from accessing the internet by blacklisting their Internet Protocol (IP) numbers.

The TPP would force member states to adjust their existing legislation to match that current in the USA. Intellectual property could be claimed for the owner's entire life, plus seventy years, which is a longer period than is defined by most other nations. In addition, restrictions or bans would have to be lifted on any item or product that is patented by another TPP country.

Canadian Law Professor Michael Geist viewed the trade agreement as being all that had to be taken out of ACTA. He continued, "In other words, the U.S. envisions using the TPP to export its copyright law to as many countries as possible while creating backdoor changes to its own domestic laws."

Anti-Censorship on the Internet

Tell the world that you protest attacks on on-line freedom in any capacity. Defend the interwebz indeed!

Do you support the Trans-Pacific Partnership?

What is ACTA?
After the success of seeing SOPA and PIPA shelved in the USA, activists have now set their sights on the global Anti-Counterfeiting Trade Agreement.

SOPA and PIPA are Shelved by the US Congress
After an unprecedented wave of global protest, the two pieces of legislation at the centre of the storm were finally dropped.
Updated: 01/31/2013, JoHarrington
Thank you! Would you like to post a comment now?
5

You've just encapsulated, in a nutshell, my thoughts on the matter. It's also the fact that these big corporations want to be the gatekeepers of creativity.

I hate to see when something like your hard work is taken from you by someone else. I can only imagine how frustrating it must be, like having anything else of value stolen. I think you should be able to challenge someone over it, which I know that you can, and have. I don't think the ways any of these bills are going about that is the right way to aiding that. It seems too much like giving up our power and rights. I don't like it.

I've read somewhere (but as a comment on a blog entry, not an official source) that the accusation wouldn't even be necessary with this one. Just someone spotting it would be enough.

So, for example, say you stole one of my articles and passed it off as your own. At the moment, I'd have to notice and challenge you over the copyright, before anything legal would happen. Under TPP, it could just be a random stranger seeing it, who could get it taken down. I wouldn't even have to know it had happened.

Like I said, that wasn't an official statement, but very little is so far.

One thing that is just so wrong is that all someone has to do is make an accusation for content to be taken offline. It doesn't work that way in any other legal matter, not in America at least, where one technically should be innocent until proven guilty. Why can't this work in the same way? Have proof a website has some kind of copy wright infringement, before they are punished for the act.

Irregardless, I'm against the bill, like I have been all of the rest.

(interestingly enough, I'm pretty sure irregardless isn't, or at least wasn't, an actual word, I think its supposed regardless. Ah, language.)

After the success of seeing SOPA and PIPA shelved in the USA, activists have ...

After an unprecedented wave of global protest, the two pieces of legislation ...

After the success of seeing SOPA and PIPA shelved in the USA, activists have now set their sights on the global Anti-Counterfeiting Trade Agreement.
39%  2   5 JoHarrington
Activism 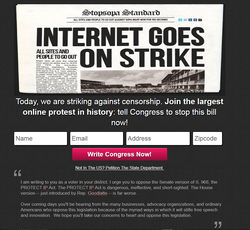 After an unprecedented wave of global protest, the two pieces of legislation at the centre of the storm were finally dropped.
Loading ...
Error!