Tiger Lands are esoteric and exotic lands that comprise dense forests and tall grasslands. Picturesque and unspoiled they are home to the majestic Bengal tiger in India.

From the cold climes of Siberia, the tiger migrated to India about ten thousand years ago. It probably found shelter in the Sunderbans a dense estuary in West Bengal. The big cat is thus named as Bengal Tiger and it has spread all across the subcontinent wherever it could find suitable habitat. The scientific nomenclature of Indian or Bengal tiger is panthera tigris tigris. It is found in Nepal, Bangladesh, Burma, and India. The latter holds fifty percent of the global population.

For a long time, the Bengal tiger dominated the verdant landscapes as an apex predator till depredation and denudation took their toll. The overhunted big cat is now critically endangered and survives in protected areas or tiger reserves which are conservation units.

Assisted by Project Tiger Program which oversees the reserves and is protected by a strict mechanism, the number of this species is slowly and painstakingly rising. Will the tiger make a come back it is too early to say. For the beleaguered species, its fate lies in hands of policymakers and those who execute the conservation impetus. The public at large has to play a role as well by their advocacy for the survival of this species and a desire to conserve India's inheritance. It is important that humans albeit those out of the fold of administration act as an effective pressure group and keep the momentum going.

Land of The Tiger History 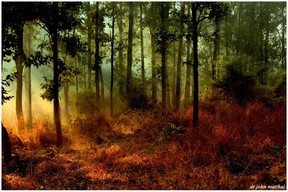 India is known as the land of the tiger but as a matter of fact, this does not apply to the whole subcontinent. Upon its arrival in India, the predator has been very choosy so to say, and it had established itself in the dense forests and tall grasslands only. The open habitats did not suit the animal as it was an ambush hunter and hence a large portion remained with the Indian Lion which too was persecuted brazenly by the overzealous hunters in India and its habitat loss was as disastrous as that of the tiger.

Fortunately, during the times of depredation, the Maharajahs and the Ruling Lords had developed a penchant for hunting with guns. Though they were always overzealous about killing the big cats and extolling the virtues of hunting skills nevertheless with increasing denudation taking place the remaining lands of the big cats became prized possessions and with totalitarian control, they became out of bound for sundry hunters and wood loggers. Most of the reserves that are secure today is primarily because of this aspect. To this date, in spite of increasing biotic pressures, these precious ecosystems remain intact.

Another positive happening during the seventies was a ban on hunting in India. The Wildlife Protection Act 1972 was landmark legislation that is still in place today. The Act bans hunting of all wildlife forms anywhere in the country.

More than fifty tiger reserves have been established in the country to protect and preserve the ecosystem as well the tiger and all the biodiversity. A lot needs to be done to save the tiger across the globe.

Save The Tiger Measures 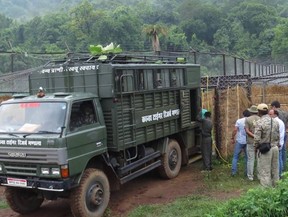 The conservation of species started in the year 1973 whence Project Tiger was initiated. It is a program to protect and conserve the species besides increasing its numbers in India. The major role is played by the tiger reserve which became conservation units.

A core area of critical tiger habitat was notified in the reserves which were made inviolate with no human habitation except that of the guards. For protection from intrusion, fire, and poaching many huts are made with the reserve for the accommodation of guards.

The only activity allowed inside the core is tourism and that too is limited to twenty percent of the area. The patrolling camps as they are called facilitated the forest guards in patrolling, apprehending poachers, wood loggers, and preventing illegal activities not allowed by the law.

A long time back the villages inside the core were trans-located to the outer ring or the buffer area. This is an area adjacent to the core where human habitation, agriculture, and some commercial activities are allowed.

At the core, human intervention is kept minimized as per the practice, but many conservation initiatives are helping the big cats to recover without the interference of humans. These conservation measures are a big success and the populations are rising.

Translocation is a practice which is regularly followed in order to maintain gender balance, stock big cats for breeding purpose from reserves with robust numbers. This practice has come about with great success as there are many reserves with breeding possibilities due to very few predators in the core. 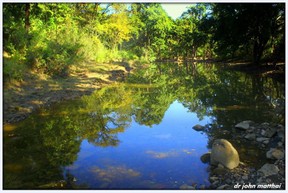 There are more than fifty tiger reserves under the aegis of Project Tiger in India. The number of reserves is slowly increasing as more areas with big cats are discovered or found as viable breeding grounds.

The conservation units may also be notified as National Parks or Wildlife Sanctuaries with various degrees of protection and funding. The ecosystems that prevail in these dry deciduous or moist deciduous tropical forests usually comprise tall hardwood trees pertaining to Teak, Sal, and Mixed flora often with bamboo interspersed in between. These are productive lands that nurture rivers and other water sources and provide us with fresh air and a stable environment crucial for our survival.

The size of the reserves depends upon the presence of contiguous and prime ecosystems and thus it varies. These are spectacular lands with pristine forests, undulating terrain, and panoramic settings. Some of the reserves contain remains of ancient civilizations that seem to have frozen back in time. These are the charming attraction of the tiger lands and lend an esoteric feel to them.

Complete ecosystems fervently preserved and guarded are a surprise in a densely populated and rapidly urbanizing country. But nevertheless, conservation ethos date back to five thousand years  plus during the times of Vedic Civilization whence the scriptures based on many sciences were scripted by the sages, artists, and thinkers,

The reserves are islets of verdant greenery and biodiversity in India and support diverse life forms forming a food chain of which the tiger is at the top and is labeled as a tertiary carnivore. 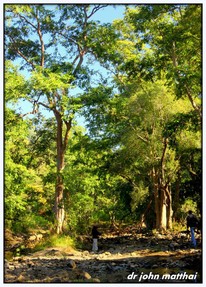 Strictly regulated and well organized the safaris in the core are very popular among the tourists. People from far-off lands overseas and nearby places in the country make a beeline for tourism with the tiger in the focus.

For tourism purposes, twenty percent of the core is divided into a number of zones one of which you can choose while booking the permits. Entry is allowed on open jeeps or canters registered with the forest department. A charge including the guide fee has to be paid before the entry. The entry and exit timings are fixed and you have to keep to your zone and cannot trespass. The rides do not allow foot surveys or going off the roads.

The destinations have become very popular for safari holidays or romantic escapades. For excursions or Bengal tiger safari a tourist needs a permit. The permits can be obtained online through the website of the relevant State. The entry can also be made by purchasing a permit at the entrance gate of the reserve but remember the entry is limited and you might fail to get one.

For tiger safaris always plan in advance, and book permits as soon as your plan is finalized. This can be followed by booking accommodations and travel services. If you travel on a package tour the hassles of reservations will be done away with.

Most of the parks are connected with International airports in metro cities. They can be reached by taxi or train as well which are connected to major highways. The parks are closed during the monsoon from 1st July to the end of September...check dates before booking.

Some of the Popular Tiger Reserves are:

pateluday, Thank you for the pictures, practicalities and products (especially the leggings!).
It's interesting that Ajanta was "re-discovered" because of 28th Cavalry Officer John Smith tracking a tiger to caves 9 and 10. It's too bad that Major Robert Gill then fit killing 250 tigers in-between painting the nearby, sister UNESCO WHC site Ellora: perhaps we would have more accurate, more complete information on the biogeography and history of the two sites if he hadn't been such a hunter.

Hunting if inevitable in a country should be allowed in control condition if the specie being hunted is overpopulated. But rather an alternative should be found and not hunt. This hunting instinct should be replaced by photography.

Sometimes big cats are killed because of aberrant behavior and subsequent threat to life of humans. They are killed by the permission of authorities in India.

We should provide food solutions to extremely poor countries but not through hunting.

But as of now there are no such circumstances that permit hunting for food since we are overpopulated with live stock, vegetables and grains. In India hunting wildlife is totally banned, and I support the law.

Lax laws are a threat to mankind as we see the pandemic now. Consuming wildlife can lead to infection by exotic strains against which we have no immunity.

Hunting merely for pleasure is barbaric and degrading.But some people genuinely hunt for food, which is acceptable..However, in a world with 7 thousand million people hunting for food will be at best a fringe activity.

As a basic rule I would say "kill only with a good and sufficient reason."

Yes This practice of hunting should be banned all over the World.

Hunting for a trophy is a waste. People are finally becoming aware of this and the hunter is often criticized. 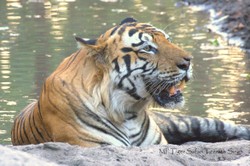