A hospital cleaning lady enters the dreams of comatose patients to help them wake up.

I recently had the privilege of screening Adrian Morales Ramos’ latest psychological thriller, Martha’s Key, before its world premiere at Cannes Film Festival this May. What at first appeared to be an Inception-inspired story about a hospital cleaning lady who could enter the dreams of comatose patients swiftly took a more sinister turn.

It’s a gripping story with a heart-stopping twist. Jillana Laufer plays the troubled and mysterious Martha, who uses a magical key to reveal dark truths hidden away in patient’s minds. But Martha has a secret of her own. I won’t spoil the ending, but I will say that Laufer delivers a breathtaking performance that will keep you on the edge of your seat.

In a way, Martha is a superhero–or perhaps a vigilante–playing judge, jury, and executioner. She's motivated by an unknown force to right wrongs that may or may not exist in the minds of the coma patients she's trying to help. The source of her magic is the key around her neck, which is a symbol of her troubled past and unfinished business. It's also her prison–a constant reminder of her decisions and actions that can't be undone.

This is one of those films where right off the bat you know the story will only get stranger and stranger. What starts as a fantasy flick swiftly transcends into a thriller and eventually into something much more horrific. The window of interpretation is wide, however, and what I viewed as a rather gloomy conclusion can easily be seen as the opposite.

The visuals are nothing short of stunning. Ayaka Kuramoto, the film’s production designer, creates a very creepy atmosphere with set work that makes the audience feel almost too close for comfort. The drama is intensified by an immersive score and outstanding editing by Adrian Morales Ramos. Don Gerardo Frasco, the director of photography, captures stunning moments that are sure to leave viewers breathless. The fight scenes are especially visceral, with a climactic sequence that turns the story upside down.

All in all, Martha’s Key is a solid film with great production value that’s worth watching more than once. Love it or hate it, you'll definitely have something to talk about. Go see the premiere at the Cannes festival and thank me at the after party.

Gitanjali Rao is an Indian filmmaker who has focuses on animated shorts. Her... 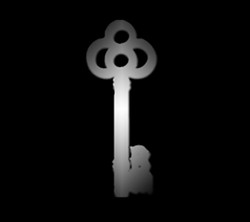 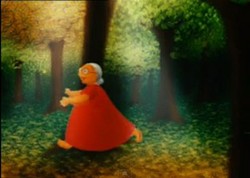 Gitanjali Rao is an Indian filmmaker who has focuses on animated shorts. Her work has won many awards, though is not well known in America (yet).
100%  13   9 DerdriuMarriner
Comedy