Issue 251 of Interzone contains stories by John Grant, Karl Bunker, Greg Kurzawa, Suzanne Palmer, Tracie Welser and Gareth L Powell. Reading them will introduce you a cat that can talk, a dog that can programme robots, a robot that sells dumplings, a miner out for revenge and a conception that happened while the man was in Bristol and the woman in Scotland.

The fiction in issue 251 of science-fiction and fantasy magazine Interzone (number 251, TTA Press, ISSN 0264-3596) had me gripped, baffled and intrigued. John Grant’s “Ghost Story” stuck out as the best of a grand collection and full marks to Gareth L Powell for showing you don’t need a lot of words to tell a good story. Add an intelligent cat and a software programmer that happens to be a dog and, well, what more could you ask for?

Nick gets a call from his childhood sweetheart who tells him she is pregnant and he is the father. Only he hasn’t seen her in years and the time when the conception should have happened in Scotland, he was ill in bed in Bristol being cared for by his wife. When they meet in London, they try to resolve the differences in what they remember. This is excellent, lovely and gripping. The ending is probably one most will consider as they read, but it is no less fun because of that.

Lucia is dead, and her mother gives Neil some of her ashes. But where to scatter them? Domino, who is now a cat, suggests a spaceship that he’s heard was being built in this post-apocalyptic world. This is about artificial intelligence, and the danger and mystery of what can happen if the AIs are allowed to evolve. One has to suspend belief a little at the possible explanations, but in a way that is what makes this such a good story, especially as the two main theories live in the blur between fantasy and science.

OK, I’m baffled. I’m not totally sure what is going on here, but this story of Simon – that’s probably his name – is enjoyable nonetheless. Well illustrated by Jim Burns, the tale tells of an old man living in a filthy attic when a surgeon calls. At first, the surgeon seem helpful, and then the opposite, and what is the creature following him? I suspect I am missing something. If anyone going to Eastercon this year understands what’s going on, please collar me in the bar and explain over a pint.

“Fly away home” by Suzanne Palmer

Fari is a miner, and a good one, but she still gets paid far less than the men, making it hard to earn sufficient credits to buy her freedom. It was a tough world, but when the Rep decides to marry her off to the man who’s raped her, she’d had enough. This is a story of prejudice, anger and revenge, and one in which you can’t help but feel for and cheer for Fari as she shows just how determined she can be.

“A doll is not a dumpling” by Tracie Welser

This intriguingly titled story is about Yopu, a robot that sells dumplings and gathers data about graffiti. But then it is kidnapped by a dog and his human companion. The dog sets about reprogramming Yopu for a very different task, but what does Yopu think about it? This is a very political story, about differences and discrimination, and morals. The dog’s cause is good but is what it does to the robot also good? Do the ends justify the means?

“This is how you die” by Gareth L Powell

In a very short short-story, Powell manages to convey despair and resignation as he tells of a late victim to deadly virus spreading through the world. All the problems are nicely encapsulated in one human being in just two pages.

David Langford is his usual cutting self in Ansible Link, and the issue provides the last chance to vote for you favourite Interzone story from 2013.

The book reviews section kicks off with an interview with Simon Ings to complement the review of his latest book Wolves. His comments on science fiction are worth reading. As a fan of Norse mythology, I was attracted to the review of The Gospel of Loki by Joanne M Harris, and it is probably the most likely of this issue’s selection to be added to my collection.

Nothing in Tony Lee’s DVD round-up had me jumping on line to spend my cash, though I’ll keep an eye out for a couple of them for when they are shown on the box. Lee also takes on this issue’s editorial and spouts intelligently on the woes of modern day film making. He might actually be right if the sorry selection reviewed by Nick Lowe is anything to go by.

SteveRogerson, Thank you for product lines, pretty pictures and practical information.
Ashes seems particularly interesting even as This Is How You Die sounds particularly prescient what with COVID.

Would you happen to have discovered what really happens in Old Bones? 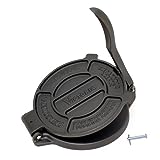 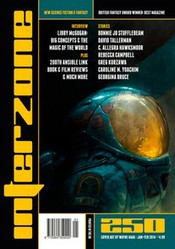