Belleek pottery gifts and porcelain collectibles have become synonymous to Shamrock, Celtic and Saint Patrick’s Day. They are made using traditionally unique methods.

When you talk about Ireland and Irish gifts, the name that comes immediately in your mind is Belleek.

When you enter the world of pottery there are few names that can compete Belleek. Situated in Northern Ireland, the artists in the Belleek Pottery use traditional methods to create masterpieces. Belleek porcelain vases are great for holiday décor and collectibles. They find a distinct name and pride in every Irish man’s home.

Clearly this intricately designed trophy piece is one of its kind. Made of high quality Parisan China its design is unique and very Irish. The product comes with a bas relief and is complimented at the top by a figure holding cornucopia. Handmade and hand decorated it is a distinct masterpiece from Belleek.

How to identify Authentic Belleek Merchandize?

Though the first item of Belleek was made in 1857 in Ireland, all Belleek items need not always be Irish. There are pieces made by companies such as Lenox, Knowles, Willlets and other American companies that are also called Belleek and have a similar creamy yellow glaze that can confuse.

In 1929, a court order made it compulsory that the word Belleek with a capital ‘B’ can only used by the Irish company. Other companies have to use the lowercase ‘b’ and hence their products are always marked and advertised by a small ‘b’. With this ruling in effect, now you can easily identify the authentic “Belleek” which is from Ireland. It isn’t that the other products are not good but, they might be equally good but they are not carved in Ireland. Belleek may have subsidiaries in other country than Ireland too.

Belleek china is authentic and was made in Ireland. Other European countries, and the United States also produced Belleek China whose glaze was creamy yellow and the finish appeared wet.

The prestige of Belleek depends upon its artistry, excellence and the craftsmanship. They maintain that the products are of highest quality ever. The Belleek’s Pottery founder insisted that the product goes in the market flawless. If it had any small defect, the imperfect piece would be destroyed. John Caldwell Bloomfield insisted on perfection and the golden rule is strictly followed to this date. The flawlessness can be witnessed in all Belleek groups whether it is Belleek Classic, Belleek Living and Belleek China.

The timeless excellence and elegance showcases a unique style that combines simplicity with contemporary designs. The range of gifts varies from tableware, figurines, collectibles, antiques, artifacts and home décor items. The cutting edge designs are modern and pragmatic. They will match with any life style and colour.

How can you identify whether the product is from Belleek, Ireland?

The history of Belleek pottery is interesting and unique in itself. It all started in a remote corner of the countryside in Ireland during the Victorian era, It is a mark of respect for the Irish people who achieved excellence and achievements in terms of the benchmarking the craftsmanship. The Irish porcelain is renowned for its quality by the cherished collectors all over the world.

Offering high wages during the initial years helped the survival of production of high quality artifacts. The founders painstakingly adhered to the quality standards and you can find extremely beautiful art pieces in the possession of private collectors.

Today the world of Belleek Pottery stands tall in one of the oldest and most charming destination of Northern Ireland. Traditional methods are kept alive in the hands of artists who are responsible for the new lineage handed over from one generation to another. The industry holds a special and privileged place in the cultural heritage of the village Co Fermanagh.

Situated on the banks of Lough Erne, this picturesque village is famous for the Fine Belleek Parian China. Visitors should not miss the chance of guided tours arranged by Belleek Visitor Centre, A walk around the museum, a visit to the audio visual theatre and the showroom are a must. There is a restaurant where you can buy refreshments and a gift shop where you can buy state of the art authentic Belleek gifts.

Which is your favourite Belleek gift?

This lovely artistic Glenveagh Rose Vase is from Belleek 2006 Annual edition. It is a rare limited edition piece adorned in colourful flowers. Aesthetically carved on a background of white this vase is hand painted in fine Parian China and made in Ireland.

This handcrafted ivory porcelain collectible is delicate and luminous. Made in Ireland it is robust and resilient for modern day needs. A demanding piece that stands the passage of time it fits 21st century life style. Classic but traditional, it is an awesome piece for contemporary collections. The cake topper design reflects the 155 year heritage and culture of Belleek benchmarking. It portrays the commitment of Belleek and the commitment to the stylish homes of the new generations. The dimension of this piece is 8" x 4.25" x 4.25".

This elegant Magnolia vase standing 12 by 7 inches high is awesome. Beautifully carved magnolia flowers make it extremely stunning. The Belleek pattern was designed in 2013 and will be manufactured for one year only. Limited editions of this extraordinary piece will be 300. Each piece will be authenticated by a special limited edition back stamp and an individual number by Belleek. Made in Ireland the vase is a classic decorative piece which you can use for special events, festivals and is perfect for any other event. You can easily place it as a centrepiece and it looks magnificent.

Belleek lists many collectibles in categories that are identified with features, marks and prices.

One of the most recognized collectible and prized sets is the ‘Black Mark’ range. The marks denote the actual date of production. Almost all of the Belleek marks with small number of exceptions include Irish symbols – the Irish wolfhound facing one of Ireland’s prominent landmarks round towers modelled after the Devenish Round Tower on the Ireland’s Lough Erne’s Devenish Island. At the bottom of the design are present The Irish harp and two sprigs of shamrock  which carry the distinct single word ‘BELLEEK’ in capital letters.

It will be prudent to know the dates for the mark. The mark changed throughout as the years passed by.

How to Date Your Belleek

The seventh mark which is the introduction of Gold Mark was used from 1981 to 1992 and omits the words Deanta in Eirinn.

The eighth and ninth mark were Blue Marks.

The tenth Black Mark is similar to the ninth mark but includes the words Millennium 2000 and Ireland.

The eleventh Green Mark is similar to the millennium mark was introduced in 2001.

The twelfth Black Mark used in 2007 is similar to the eleventh green mark but has a banner with the words "Celebrating 150 Years."

The thirteenth trademark is Brown Mark similar to twelfth mark without any banner and was used from 2008 to 2010.

The fourteenth mark, the Classic Belleek trademark, is similar to the twelfth but includes Belleek's website address.

Whew that was gross – marked with this information, no one will be able to fool you and you will be able to correctly identify the worth of any Belleek antique you want to buy or sell.

Have you ever got a chance to visit the Bellek Pottery in Northern Ireland?

I got attracted to these products because they stand out, the elegance and aesthetics make them rare pieces of art. Every product is carved with patience and diligence. If you look at the production line you can see various themes keeping in mind the different needs of the customer.

The Belleek Piggy Bank is perhaps the best cutest gift for kids and collectors. The Piggy Bank is decorated with a string of shamrocks showcasing a round pump chubby little piggy who is adorable. Made in Ireland it is hand decorated and comes in Irish design. Perfect for birthdays, baby showers, memorable holiday and wedding gifts.

If you are a person who loves to collect Belleek collectibles, this complete collector’s guide is for you. This volume has been prized by the collectors worldwide. It is written by the American founder of the International Belleek Collectors' Society. It provides all useful information, extensive survey, listing and coverage of the listing of Belleek’s marks and price guide. Highly recommended for collectors.

In your view are Belleek products worth collecting?

My grandmother (from Ireland) had a collection of Beleek pottery. They are really beautiful.

@ologsinquito - Belleek has several religious sculptures and collectibles. Virgin Mary statue looks so authentic and beautiful. The baskets are very lovely too.

@younghopes - I have always loved artistic home decor and collectibles. Belleek has a collection worth looking into.
Thanks for pinning.

These are so beautiful. I love the Virgin Mary statue and the baskets especially.

This is such an exhaustive list of gifts, surely anyone will love it, in fact you have done a wonderful selection of all these collectibles, pinned to my st patrick board

Art nouveau antiques that are a part of this revolutionary movement can give ... 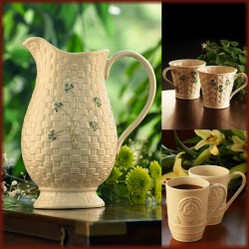 At Saint Patrick’s Day it is a tradition to dress in the colours of shamrock and dance to the tunes of Irish traditional music.
46%  3   5 WriterArtist
Famous Sculptures 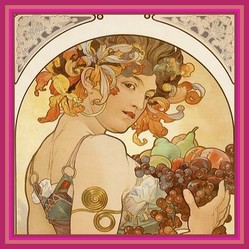 Art nouveau antiques that are a part of this revolutionary movement can give a twist to the home décor. Vintage sculptures and wall art inspired by it can add aesthetics to home.
Loading ...
Error!