Those who are visitors to National Parks and hill resorts learn the essence of travel. It is not thrills of sights or encounters, solitude is a bliss that is most rewarding.

Kanha National Park although a tiger haven is a destination known for its tranquil surroundings. The verdant greenery that shapes the picturesque landscape, and fresh air that proliferates accords a sense of solitude and serenity a much desired holiday attribute. The land of the tiger is one of the most sought-after reserves in India.

The thrill of tiger sighting is enormous but what strikes is the calm that prevails. As I enter this salubrious domain a robust glee glows. Since childhood, I have discovered the essence of being here and have returned time and again in order to serve and be rewarded with health and vigor...and most important peace of mind. Unpolluted and salubrious the park is heaven on Earth.

This is one place where you can be yourself and cherish solitude and bliss. 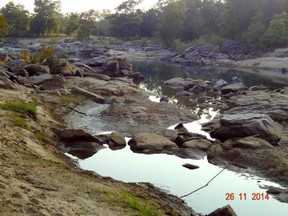 Standing on the bridge, I see a flock of stark white egrets fly past me. Underneath the calm waters of Banjar flow towards the never-ending and turbulent urban civilization. This is the end and the beginning of paradise depending upon where you are heading. The waters flow past me lazily maneuvering the rocky outcrops and floating trunks of dead trees. The swirls are an inch deep and play a cat and mouse game. Calmness prevails, there is no turbulence, no rapids, the placid forest river maintains peace with the surroundings.

This is the first instance of serenity that greets the visitors to Kanha National Park. I have always made a brief stop to realize that this tiger haven is real.

Far away from the madding crowd, this place is a sanatorium for those ill at ease or with troubled minds. For me, the blissful surroundings evoke thoughts that augur calm and peace every time I experience this animal kingdom. Not only for animals, but the destination is also a spiritual realm for transcendental gains. The wind strikes gently on your countenance and it is soul-stirring.

Popular for safaris, at Kanha it is the tiger that is at the center of attraction. The beast itself is a manifestation of peaceful coexistence, a symbol of fortitude and wisdom. Its ferocity is linked to survival and not to bloodthirst.  The striking harmony with nature and the acrobatic grace is what entices humans to follow the twisted pathways that lead to it. The tiger dwells in myths and fantasies of myriad cultures, for many it is sanctified by a mystical aura and religious beliefs. Even for acclaimed poets, words fail to describe nature's finest creation.

Whence I first saw the mighty predator I was stunned by its beauty and grace. The animal mesmerizes you on the very first meeting, and that is what people experience on tiger safaris.  You, me, and everyone harbor a possessive inclination to cherish every moment of the encounter forever.

For hunters, he is a trophy
For poachers, he is a bounty
From hundred thousand to handful
The vanishing tiger is in a status dreadful
Critically endangered and fast losing ground
The destiny awaits its final round

A Resort in Kanha

Every time I arrive at Kanha, its pristine forests, the sounds of singing birds and the prevailing silence gets me. I arrived here one fine winter morning whence I was ten and since then the relationship has never faltered.

In spite of a fair share of sighting majestic tigers, elusive leopards, and the charismatic deer I have never got tired of it all.

For my guests at Courtyard House, a few nights' stays is a rejuvenating experience enhanced by the sight of the tiger and all that survives. Full of birds and butterflies Courtyard House is an extension of tranquil surroundings. The complex maze of trees, herbs, and shrubs is the epitome of nature at its best. These settings are much wanted in urban surroundings. From sunset to sunrise live in a perfect ambiance amidst esoteric confines. Nature is everywhere bountiful and fertile. Rejoice!

Those who arrive here in quest of the tiger end up discovering much more in the confines of this resort. Designed for a unique experience the resort delivers without fail. A home away from home, it is for those seeking a holistic experience of peace and solitude. Courtyard Hose Awaits!

It is mine thanks for reading!

pateluday, Thank you for the practical information, pretty pictures and product lines.
Who is the author of the ode? 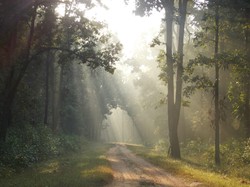