Unique, stylish, and classy are a few words I would use to describe the Kenneth Cole cufflinks.

Cufflinks are certainly in vogue again and I, personally, love to see a man complete his well dressed look by using this type of jewelry as a part of his outfit. I particularly like the designer Kenneth Cole's approach to cufflinks. His designs are elegant and classy but also are very "manly" in their design and appeal.

Whether choosing cufflinks to wear with your tuxedo for a wedding or formal affair or for your business suit at the office, I don't think you can go wrong by choosing designs by Kenneth Cole. They are stylish and affordable.

What type of shirt can you wear cufflinks with?

Before selecting cufflinks to wear, first you need to have the proper type of shirt. What type is that? A dress shirt with French cuffs works best with cufflinks.

Basically a shirt can have two types of cuffs. The standard cuff has a button hole and a button or sometimes will have two button holes and two buttons. These shirts are not made for using cufflinks. A French cuff has two holes but no buttons and is made to be kept together with cufflinks.

Perfect Cufflinks For Fans Of Puzzles

with a grid design

Who is Kenneth Cole?

Kenneth Cole is an American fashion designer who not only designs great looking cufflinks but shoes for both men and women along with clothing and accessories for both genders.

He studied law before starting his own shoe business in 1982. That wasn't too far of a stretch since his father owned a shoe manufacturing business. His creativity in getting his business noticed with very little money to promote it is legendary. Lacking the funds to rent a hotel room for Market Week, he discovered that he could park a trailer in a parking lot if he had a production company. Cole renamed his company to Kenneth Cole Productions and filmed the debut of his shoe company during the fashion event. It is reported that he sold something like 40,000 pairs of shoes while he documented his beginnings on film. Pretty incredible and innovative, I think.

Now, Cole sells under three names: Kenneth Cole Reaction, Kenneth Cole New York, and Unlisted. Kenneth Cole is known in the fashion industry as being socially conscious by promoting his products with advertising that also brings awareness to causes that he feels passionate about. He is a champion for the homeless and for AIDS awareness and research.

Do you like a man with cufflinks as a part of his wardrobe?

What did you think of these designer cufflinks by Kenneth Cole?

Since I love all things vintage and retro, I love cufflinks! Great article Bev!

Great idea and selection of cufflinks, I like Cole's
regards

You will find the sweetest selection of Labrador Cufflinks on this page. What...

I've hunted down some of the best Wolf Cufflinks for men who are a bit wild-a...

Skull Cufflinks are great gifts for fans of gothic and dark jewelry, skull an... 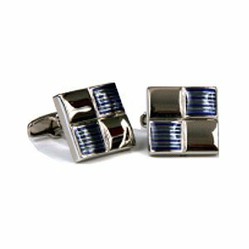 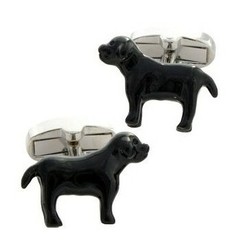 You will find the sweetest selection of Labrador Cufflinks on this page. What better than to present man's best friend as a delightful dog gift to be worn and treasured forever.
13%  2   1 Marie
Cufflinks 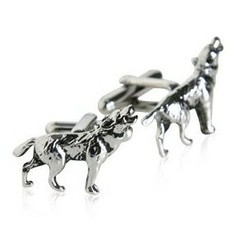 I've hunted down some of the best Wolf Cufflinks for men who are a bit wild-at-heart. Wolves are great for cufflink jewelry and make a superb gift item which will be cherished.
0%  0   0 Marie
Cufflinks 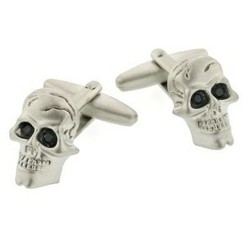