A look at the stories in issue twelve of science-fiction, fantasy, crime and horror magazine KZine, available on Kindle.

KZine is a science-fiction, fantasy, crime and horror magazine for the Kindle. Published three times a year, it aims to provide original genre fiction for the mobile reader. This issue (Issue 12, May 2015) contains nine stories ranging from werewolves and zombies to garlocks and smart phones. Some are disturbing – “Sisyphus at Twelve” by Tom Barlow – and worrying – “The Smart Phone” by Diane Arrelle – and leaving you wanting more – “Ava and Tara” by Tom Johnstone. And those three are also the best in the issue, closely followed by “The Armadillo Burns Anthracite” by Chris Lynch.

Ol’ Ginger’s job was to guard the hens from rats and foxes, but not for whatever crept into the barn one evening. He knew he should have been by the farmer’s side when he investigated rather than cowering in the dirt, but he was a coward. This intriguing mix of horror and fantasy has a nice twist at the end.

“Ava and Tara” by Tom Johnstone

Ava is worried about her friend Tara, and the new man in her life. What starts as a fairly ordinary growing up story quickly turns into an interesting tale of artificial intelligence and mental illness. A potentially complex plot is skilfully simplified into an excellent short story, which surely has the possibility of being much longer. That would be good.

Lilly doesn’t look very strong, but she can immobilise an alligator, with her mind. This made her very handy for an alligator rescue centre in Florida. But, and there is always a but, immobilising alligators took its toll, and when she had to do two in quick succession… Believe it or not, this is a love story, with some magic thrown in for good measure, and thrown in well.

Jeffrey Garland is more than surprised when the private detective tells him his wife is living with the garlocks on Cantor. So he has to go and find why humans rarely leave and the strange relationship they have with the garlocks. While this story shows a vivid imagination on an alien biological level, it lacks any real twists and turns – a little one dimensional.

“Kernel of Truth” by Fraser Sherman

The murder of the senator looked straightforward to solve, especially as the prime suspect had been shot dead with the victim’s heart in his hands. However, what started as a detective story investigating a corn-business killing quickly turns to fantasy with corn people and a corn god. Corny? A little, but good fun.

“Saints of the Space Age” by Don Norum

A very short story, and I must admit I didn’t really get it. Two guys are about to set off on a space mission. Bits of conversation, disjointed scenes and what is obviously meant to be a twist at the end. But no, read it twice, and still didn’t get it. Maybe I’m missing something.

“Sisyphus at Twelve” by Tom Barlow

Claire is twelve years old, and she’s been twelve for quite a few years, and she will be twelve next year unless she can convince her parents not to put her through regression again. This is a tale of the dangers of technology for technology’s sake and how it can affect the rights of people to be human. Told in a readable casual style, it puts forward a serious political message. The story is also a little bit disturbing.

There’s nothing like a good zombie story, and this is one. Ray is a lorry driver, ferrying zombies to the Armadillo, who throws them into a constantly burning mine. They don’t die, they can’t die, but the fire keeps them occupied. However, this delivery is not all it seems, and the Armadillo tells Ray an awful truth.

“The Smart Phone” by Diane Arrelle

Just how clever are phones going to get? Most would probably prefer something a little less smart than the latest 9G model Iris has given to her husband Sol. He was quite happy with his old phone but, to please his wife, he adopted the new device and started to wish he hadn’t as his life started unravelling around him. Funny, but distinctly worrying at the same time.

The brief biographies of the contributors round of this issue, leaving me again wishing that that the editor would tag these at the end of each story rather than collecting them together in this way. It would be so much nicer to read the biography immediately after reading the story. The rather splendid cover was by Dave Windett.

SteveRogerson, Thank you for practical information, pretty pictures and product lines.
In particular, the animal themes attract me to Gator Girl and Ol' Ginger. About the latter, the protagonist must be a feline sentient, right?

A review of the stories in issue eleven of science-fiction, fantasy, crime a...

Blake’s 7 Devil’s Advocate review: Fifth in the 2nd series of ...

Politics come to the fore in Devil's Advocate, the fifth in the current Big F... 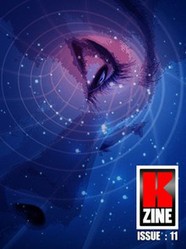 A review of the stories in issue eleven of science-fiction, fantasy, crime and horror magazine KZine, available on Kindle.
30%  1   4 SteveRogerson
British TV 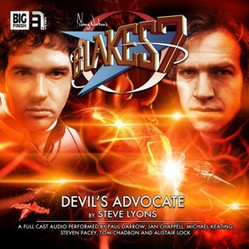 Politics come to the fore in Devil's Advocate, the fifth in the current Big Finish series of Blake's 7 audio plays, which reveals some of Del Tarrant's background.
Loading ...
Error!